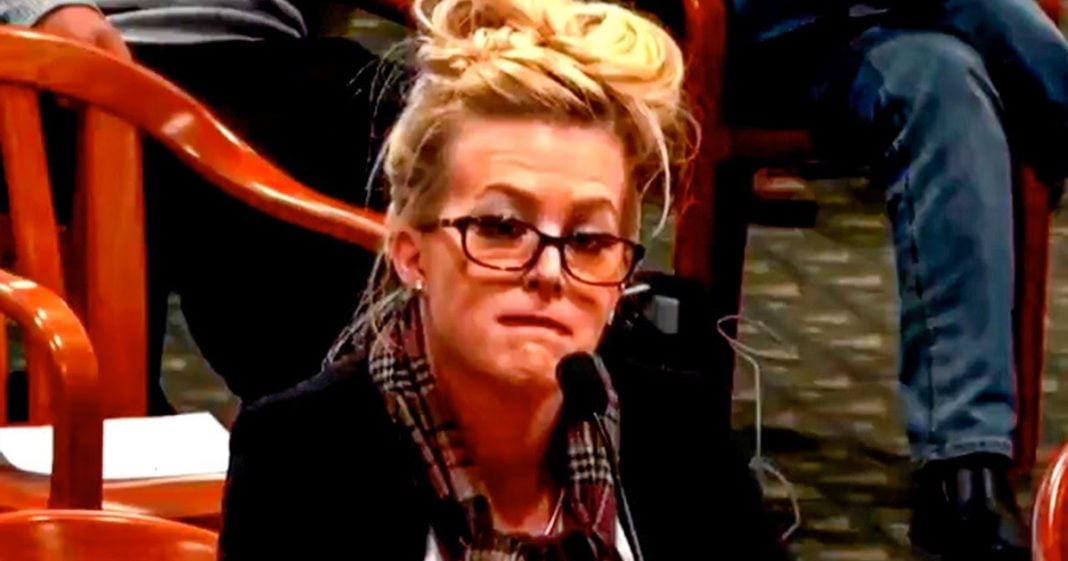 Rudy Giuliani was attempting to prove voter fraud in Michigan on Wednesday, and the hearing could not have gone more off the rails. The woman he brought in as his “star witness” appeared to either be incredibly intoxicated, or she was auditioning for a role on Saturday Night Live. These lawsuits are a complete farce, and they are doing more damage to Trump and Giuliani than the two men realize. Ring of Fire’s Farron Cousins discusses this.

At an election fraud hearing yesterday in Michigan, Rudy Giuliani, Donald Trump’s lead attorney, uh, brought forth their star witness, the woman who was going to blow the case wide open, uh, because she allegedly, um, and according to her own testimony has seen the fraud firsthand by looking in the poll books. Now, if you don’t know what that is, uh, that’s a joke. She’s trying to say poll books. And when I say trying to say you’ll understand what I mean after you watch this clip, uh, things went off the rails to say the least, this woman that Rudy Giuliani brought in was absolutely off her rocker. And it was a beautiful sight to behold here it is in all of its glory, Rudy Giuliani’s star witness.

Now I have watched this clip multiple times, because this is the most fun thing that has happened from this entire election. I love this because it’s kind of hard to tell, like one, everybody assumes she’s intoxicated. She seems kind of intoxicated, right? I mean, she’s sitting there, like I had to say, I wouldn’t lie outside. I go to jail. Did you all fight everyone? Or, you know, she didn’t really say that, but you know, that’s, that’s kind of how she was acting. We’ve all seen that person at the bar, right? Let’s be honest. We’ve all seen that person. And if you haven’t seen them, you might be that person. So option number two, she’s not intoxicated, but maybe she has problems in that case, she needs help. She doesn’t need to be paraded out there by Rudy Giuliani and put on display for everyone to see she needs help.

And three, this is somehow, and this might even be the most likely scenario here. This is somehow an SNL sketch, a sketch come to life. That’s the only, I mean, the woman looks like she was, you know, put together that way for that appearance. You know, she kind of has a little bit of Selina Kyle from Batman returns going on there. Uh, precast woman, obviously I’m dating myself with that reference, but she looks put together in a messy way. Like, you know what I mean? Like she’s, she’s messy looking, but it looks intentional. Like it took a lot of work to look like that as if somebody who’s playing a part would look, the whole thing is not. So, I mean, I don’t know of any other nicer way to say it. I know of a lot of a more accurate, but far meaner ways to say what’s happening, but this is it.

This is the best Rudy Giuliani can have. And you can see several times of the clip when he like reaches over. Like, could you, could you please not get a new stop? Whatever it is you’re doing. Um, but these are the people that Donald Trump has on his side. And these are the people that he firmly believes, or at least pretends to believe are somehow going to win the election for him, even though enough States have certified that there’s literally nothing that can be done to say stop Biden from becoming the next president. No matter how many crazy people you trot out there to testify, none of it is going to make a difference.