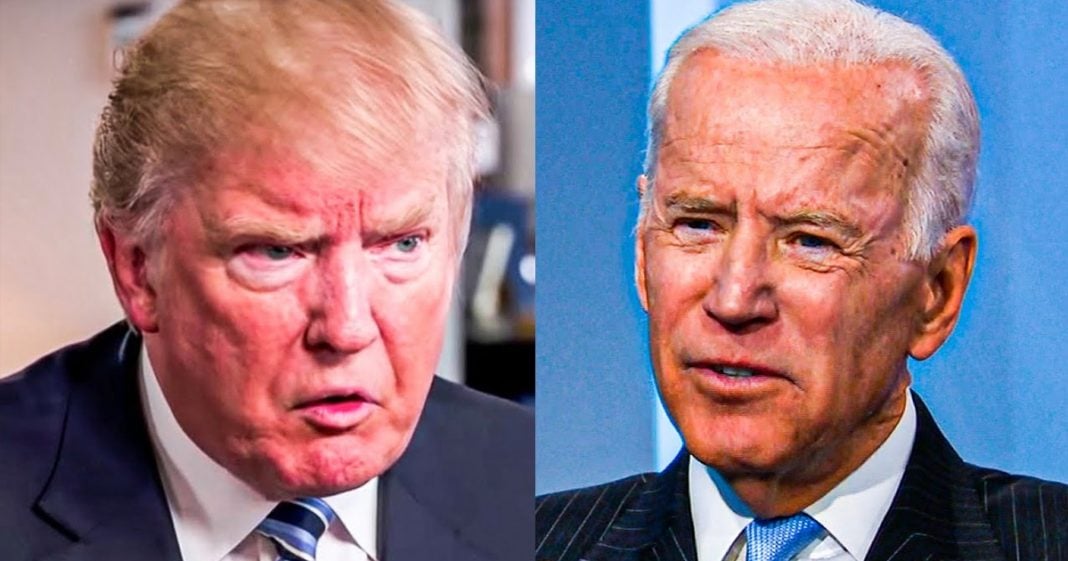 According to reports from NBC, Donald Trump is DEFINITELY not planning on attending Joe Biden’s inauguration, even if he doesn’t use the time to hold a rally of his own. The Biden camp says that this doesn’t change their plans at all, and it wouldn’t be a surprise for anyone in this country if Trump didn’t attend. And for Trump, that may be the best move considering he’d probably just act like a bored and petulant toddler the entire time. Ring of Fire’s Farron Cousins discusses this.

According to NBC news, reporter Kevin Delaney in yesterday. Trump has made it, I guess, official that he is not under any circumstances going to be attending Joe Biden’s inauguration on January 20th. Uh, now reports had started coming out over the weekend that Trump has kicked around the idea of possibly doing his own rally. At the same time, the inauguration is supposed to be taking place on that day. So instead of being at the inauguration, he was going to be holding a rally. And that rally was allegedly going to be when he was going to kick off his 20, 24 campaign. But now they’re saying, even if he doesn’t hold the rally, he’s still not going.

So who cares? Right? I mean, I know we talk about civility. We, I know we talk about the need for cooperation, but according to this, he’s also said he’s not, uh, going to be inviting Joe Biden to the white house. He’s not going to do the walk around. He’s not going to be doing the, uh, you know, friendly little handshaking photo ops, talking to him about the job. None of that. He is not even going to call him to concede according to these reports. So that’s, that’s it. Trump is going to have absolutely nothing whatsoever to do with Joe Biden and that’s that, there’s nothing we can do about it. And to be honest, I don’t know that it even matters in this particular instance. Now, if we had a nobody coming into the white house, you know, somebody who had never even been there, then sure.

This might be a little bit, a confusing time for them. Joe Biden served as vice president for eight years. If he needs advice from a previous president, I’m pretty sure he can call Barack and he’s going to be okay. He, he knows his way around the place. So we don’t really have to worry about things like that. And as for Trump’s decision to maybe, or maybe not rally more power to you, buddy, nobody’s going to be watching it. Every single network in this country is going to be hyper-focused on Joe Biden’s inauguration. That’s what happens. Nobody is, is going to air your stupid little pity party. So if you want to go and throw it and pay for it out of your own pocket, be our guest. If you want to announce that you’re running for president and you want to hold these rallies every day for the next four years, please do.

Because the more you’re out there in the public, the more you’re speaking, the more you’re whining, crying and about the election, the more your support goes down. You staying in the public eye, mr. President for now is the worst thing you could do for you. So there is no situation where you come out on top. Either you disappear and fade into obscurity, which is your biggest deepest, darkest fear, or you stay out there in the spotlight and people hate you every single day, which is also one of your biggest fears. You can’t win and you did this to yourself and there isn’t a single ounce of me that feels sorry for what you’ve done. So skip the inauguration. If you feel the need to throw yourself a little rally, if you feel the need to, nobody’s going to be paying attention. And that’s probably the best thing you could hope for.