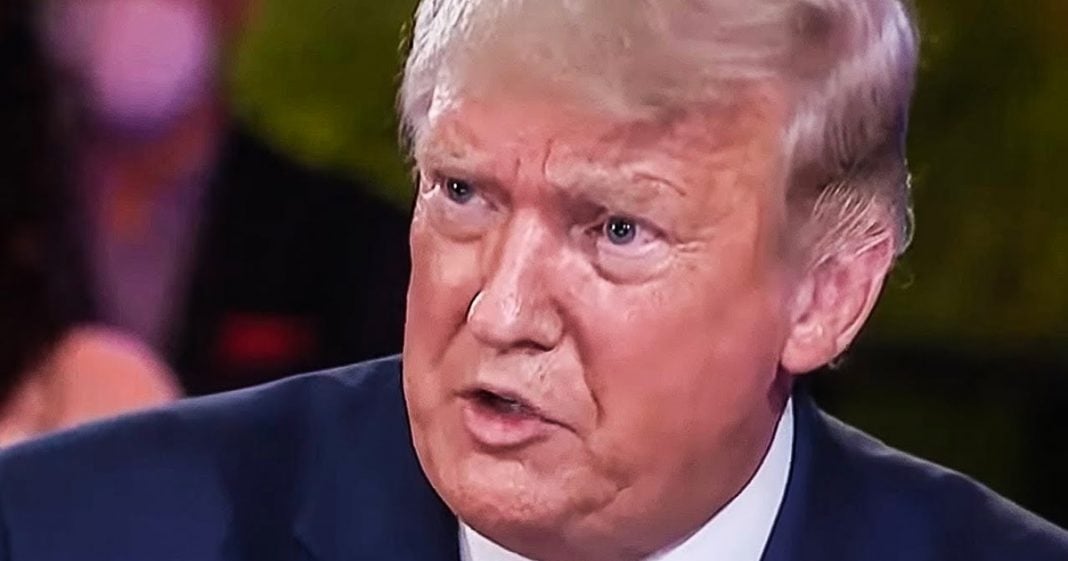 Court records unsealed on Tuesday evening revealed that there is an investigation into potential bribery related to presidential pardons conducted by the DOJ beginning in late Summer. The DOJ apparently believes that there is money flowing from individuals seeking pardons directly into the pockets of “people” inside the White House who could either grant the pardon, or who could influence the man (Trump) who can grant the pardons. Ring of Fire’s Farron Cousins explains.

Yesterday, a district court in Washington, DC unsealed 20 pages worth of documents that revealed that since late summer, the U S department of justice has been investigating a potential pardon for money scheme, a bribery scheme that they think may have been taking place between individuals outside and individuals inside the white house. Unfortunately, that is about the extent of the information that we know these unsealed documents with, which the DOJ had been fighting as recently as last week to keep sealed, um, did not name any individuals. They did not name any of the law firms involved because apparently there could be some lawyers involved in this. They didn’t name anybody in the white house who may be in on this scheme or who they were communicating with or any of the outside, uh, whether it’s a super pack, whether it’s an organization that may be helping facilitate the money for pardon, bribery scheme.

Uh, so there you go. I have it right. I guess that’s it. Well, no, it’s not exactly it. Uh, we do know that law offices were rated. We don’t know which ones or how many, but we do know so far that that has happened. We know that 50 electronic devices had been confiscated. Um, and those are being reviewed, trying to find communications, uh, any other evidence that may suggest that a pardon for money scheme was taking place. So basically here’s what they believe has happened with the Trump white house. And I imagine by the way that if this scheme was going on, it would certainly wrangle in at least some of the people closest to Trump, if not Trump himself, because if you’re going to go and lobby for a presidential, pardon, you’ve got to be somebody that has at least a little bit of pull with the president himself.

And so it’s not going to be just your average garden, variety, white house staffer. You know, it’s not going to be the person serving him his meal saying, and here you go. And by the way, my buddy needs to get out of jail. Here’s a Fiverr, what can you do for me? It’s not going to be something like that. It’s going to be higher up people, most likely, uh, or it’s going to be an outside organization with a direct access line into Donald Trump. Um, those are really the two possibilities we’re dealing with here. And because there were so many law offices involved, uh, again, we don’t know how many, but we do know there were multiple. It is likely that these lawyers were the ones trying to facilitate yeah. Deals. So that’s what we have right now for the dog’s going crazy. But either way, this is a big deal.

And honestly, this is kind of the perfect way to cap off the entire Trump administration, right? This is an administration that since day one has effectively been embroiled in scandal after scandal, after scandal. And finally, after the election, it doesn’t look like he’s got any more scandals, then boom, right out the gate to end the final days scandal. This is a pretty big one folks. Um, I know it’s kind of getting glossed over. It should be the number one big top story in the world right now, at least in our world of the United States. Um, because this has serious potential here. This could have very, very large ramifications for individuals working within the white house. Uh, Trump has plenty of time to pardon these people, which is also terrifying. Uh, so let’s just hope that maybe the DOJ kind of puts the brakes on this investigation to slow it a little bit, because if Trump doesn’t know who to pardon, he may not have time to do it before he loses that ability.