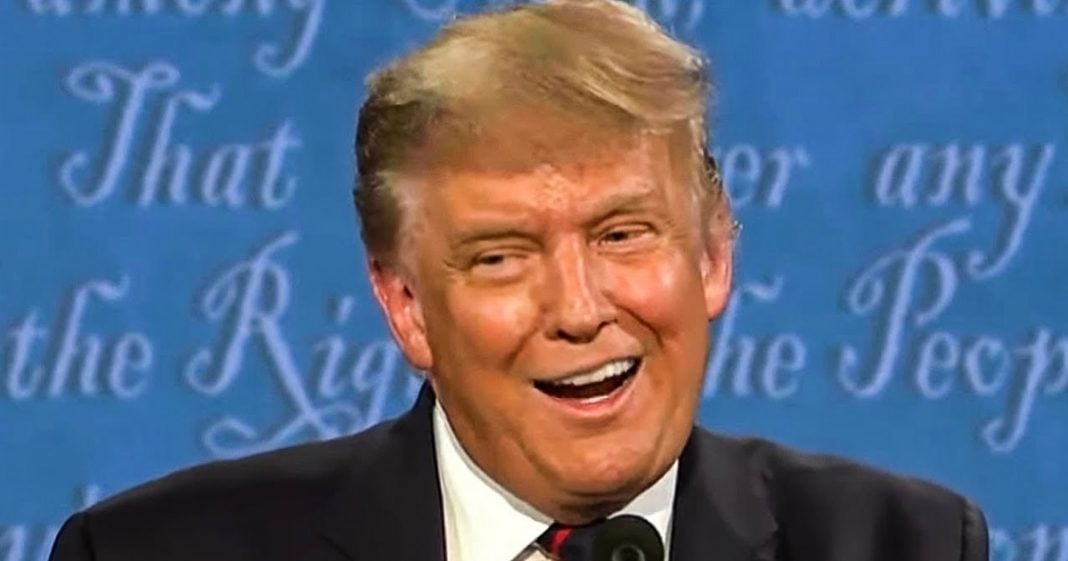 One of Donald Trump’s attorneys, a man by the name of Lin Wood, proved that he should have his law license revoked this week when he said that Trump should just declare martial law and hold a new election to prevent Biden from becoming President. The irony of Wood’s idiotic claim is that Trump is actually LESS popular today than he was on election day, so there’s no evidence to suggest that Trump would win another election, ever. Ring of Fire’s Farron Cousins explains what’s happening.

You know, we have seen some truly bizarre, I guess, is the kindest way to put it behavior from some of Trump’s lawyers in this whole, you know, election challenge, debacle, uh, the soft coup attempt they’re trying to do, uh, in the last 24 hours, we have seen Rudy Giuliani and Jenna Ellis come out and say directly that even though the DOJ conducted an investigation with department of Homeland security and the FBI, they’re still wrong and voter fraud is still totally out there. Uh, we have seen Sidney Powell who is not with Trump’s team, but still filing lawsuits on their behalf. Uh, Holy crap, the woman is like losing her mind, uh, in public. It’s actually quite sad to watch, but in all this madness, there is another, there was another Trump attorney who is determined to prove that he is just as crazy as the others.

And that attorney is a man by the name of Lynn wood, who also happened to be the attorney who represented Kyle Rittenhouse. If you needed a window into his soul, uh, he is working and has signed on to, uh, Sidney Powells cracking lawsuit. So he believes the nonsense. Sidney Powell was out there spewing. And then yesterday on Twitter, he said this, he said, good morning. Our country is headed to civil war. A war created by third-party bad actors for their benefit. Not for we, the people communist China is leading the nefarious efforts to take away our freedom. Real Donald Trump should declare martial law. He included a link to the a we, the people convention, which apparently is a thing, uh, and there they are calling for Trump to declare martial law and then use that to hold a new election.

This man’s a, a registered attorney, a licensed attorney here in the United States, hopefully not for long. Um, it was for real bar association, get on it. These people are crackpots a norm. And I say that as somebody that has worked side by side with some of the best lawyers in this country for 16 and a half years, these are the guys and, and, and women, the men and women who have taken on some of the biggest corporations on the planet, DuPont, Monsanto Pfizer, all of the big ones. That’s the guys that I work with and talk to every single day. I know what real and good attorneys look like. And these people are crackpot thoughts.

These people are near certifiable with the craziness coming out of their mouths every day. This is a sitting attorney saying the president of the United States should declare martial law just because he’s mad. First of all, that’s not even prescribed for in the constitution idiot. And this we, the people convention, what they’re saying the president should do is also not legal. So I don’t know what you think the president can do, but perhaps you need to go back and reread the constitution, maybe carry around one of those little prop pocket constitutions, like some of the Republicans like Rand, Paul do, or maybe it was Ron Paul. I don’t care. They’re both crazy. And I get them mixed up either way. These people are dangerous, openly saying we should have martial law because you’re not happy with the results of the election. That that is a very real problem here in the United States.

The other problem that these idiots have is that they don’t seem to understand that the more they’re out there and the more Trump is out there making these outlandish claims, do you know what’s happening? The public is abandoning him. His approval rating has fallen by three points in just the last three weeks. Everybody’s sick of him. Nobody wants to deal with this anymore. Joe Biden’s popularity is going up and Trump’s is going down. So if you were to hold another election today, you actually have a worse chance of winning now than you did a month ago. So I don’t know what you’re thinking. The outcome is going to be mr. Lynn wood, but I can promise you it ain’t going to be whatever it is you think it’ll be.