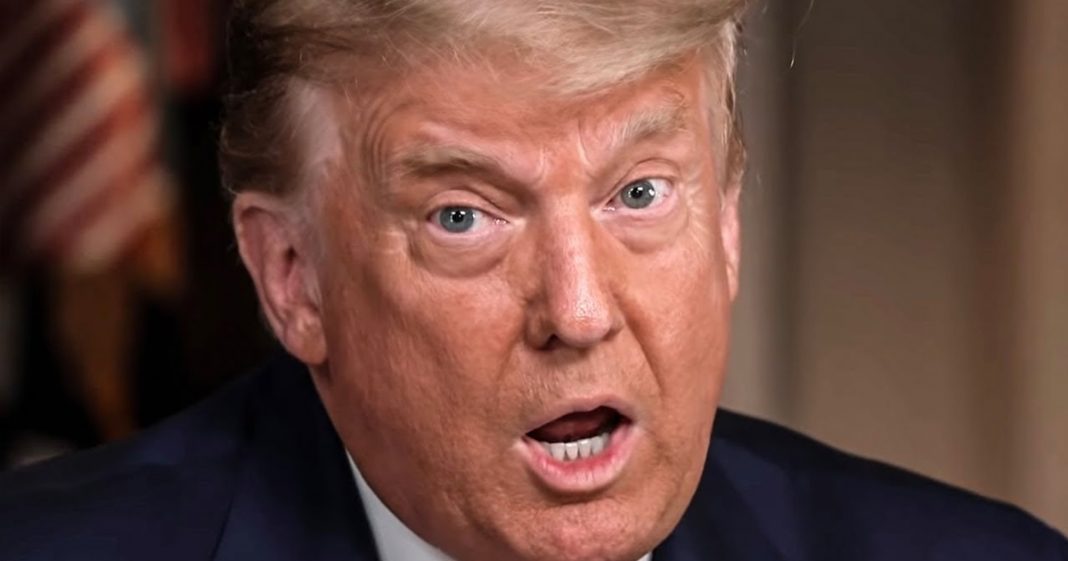 Attorney General William Barr might have just done the first decent thing in his professional career and admitted that the DOJ has not been able to find any evidence of widespread voter fraud. Donald Trump and his attorneys Rudy Giuliani and Jenna Ellis took the news as well as you would expect, and they continue to insist that the evidence is so visible that everyone should be able to see it. Ring of Fire’s Farron Cousins explains what’s happening.

Yesterday attorney general William Barr announced that the us department of justice has not been able to uncover any form of voter fraud that could have potentially changed the outcome of the election. Now, the reason Barr throws in that caveat of we haven’t seen any widespread voter fraud that could have changed the outcome of the election is because he doesn’t want to make it seem like they couldn’t find any, but he didn’t name any specifics or even say that they had found some, all he said was we couldn’t find anything significant, which usually means they couldn’t find anything whatsoever. After this announcement was made, Donald Trump went on Twitter and he said, hope everybody is watching one America news network right now. Other media afraid to show people are coming forward. Like never before a large truck carrying hundreds of thousands of fraudulent fake ballots to a voting center, terrible save America.

This happened like minutes after William Barr said, Hey, uh, yeah, what the president’s saying happened, didn’t actually happen. And then Trump goes on Twitter and says, Hey, ah, there’s more hundreds of thousands of ballots that are fake and fraudulent. Oh my God, we have to save the country and bill Barr’s like, yeah, didn’t happen. Don’t know what he’s talking about. Folks. Just, just ignore him. And then of course you had his lawyers, uh, I guess the all that’s left is Rudy Giuliani and Jenna Ellis. So they released the statement together that said this with all due respect to the attorney general, there hasn’t been any semblance of a department of justice investigation. We have gathered ample evidence of illegal voting in at least six States, which they have not examined. We have many witnesses, swearing under oath. They saw crimes being committed in connection with voter fraud.

As far as we know, not a single one has been interviewed by the DOJ. All right, here’s the thing. The DOJ has been working with the department of Homeland security and they have been using the FBI to investigate these ridiculous claims that Trump’s lawyers have brought forward. They have been investigating these. And look, if anybody’s going to be a loyal lapdog to Donald Trump, it’s attorney general William Barr, like let’s not pretend for a second that this dude wouldn’t move heaven and earth to give Trump another four years. He didn’t because he couldn’t. And he did use the information that Giuliani and Jenna Ellis and even Sidney Powell were screaming about for the last two weeks. And he couldn’t find anything. Now, what is interesting to me though, is that literally everyone has been asking for the evidence that Jenna Ellis and Rudy Giuliani claimed to have in their little memo they released, they said, but we’ve got all this evidence and you’re not even gonna look at it.

Will it happen? Who knows? But it should. They should never be allowed to walk into a courtroom again, unless they are the actual plaintiff or the defendant. They shouldn’t be allowed to go into a courtroom and accuse anybody of doing something or defend anyone who may have done something. They are a threat to the entire legal profession. And the fact that every lawyer in this country isn’t out there screaming for these two. Well three nincompoops. If you count Sidney Powell to be disbarred, that is terrifying. These people are making a mockery of your profession and you’re just going to let them get away with it with these fraudulent claims, with these very public meltdowns. Yeah. That’s on you at that point. Start getting louder real quick because they’re making a lot of lawyers across the country look bad.