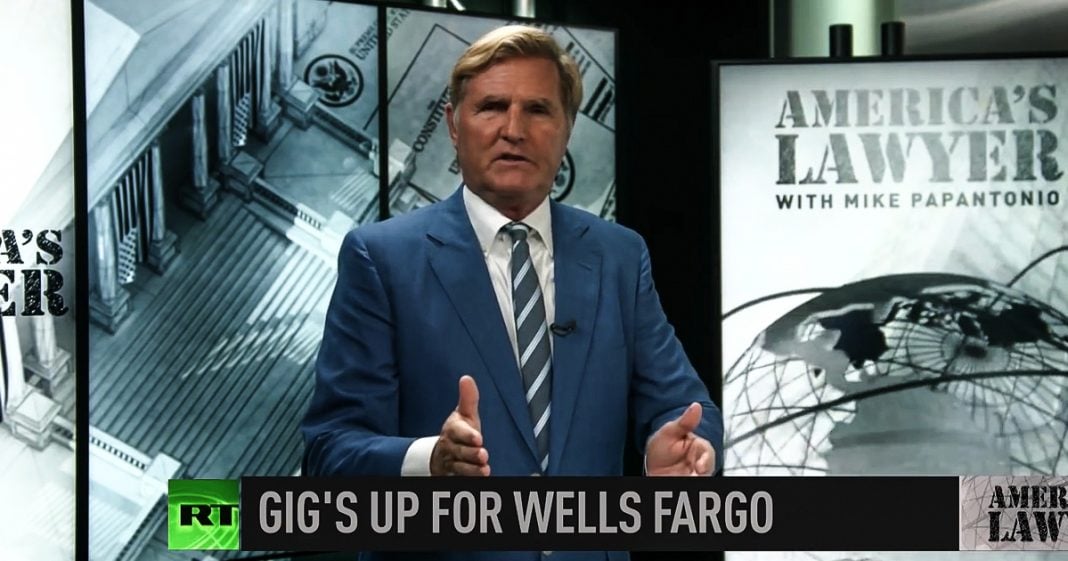 Finally tonight some good news. The securities and exchange commission has charged the former head of Wells Fargo with misleading investors as part of an ongoing investigation into the former leadership at that bank. The former CEO, John Stumpf, has agreed to pay $2.5 million to settle the charges of misleading investors about the banks problems, while another former executive is going to be fighting the charges against her in court. Wells Fargo has been hit with complaint after complaint, month after month, year after year. This company just keeps, just keeps coming with breaking the law. Everything from racial discrimination in, in, in, in lending practices to creating fake accounts for people, being among the charges that the banks has, has faced, but it doesn’t do any good. It does no good because the SEC will not throw anybody in jail. And until the department of justice starts going after this company and throwing their CEOs that have done this, that have stolen money from mom and pop, that have engaged in clear criminal conduct, until they’re thrown in jail, nothing’s going to change.

That’s all for tonight. I’m Mike Papantonio, this is America’s Lawyer. Every week you can follow the shows on facebook.com/rtamericaslawyer. You can watch all RT America programs on Direct TV channel 321, and also stream them live on YouTube and be sure to check out RTs new portable app, where you can watch all your favorite shows. I’m Mike Papantonio and this is America’s Lawyer where every week we’re going to give you the stories that corporate media is ordered not to tell because their advertisers won’t permit them to do that, or because of the political arrangements that they have political contacts, kill the story every day. Have a great night.