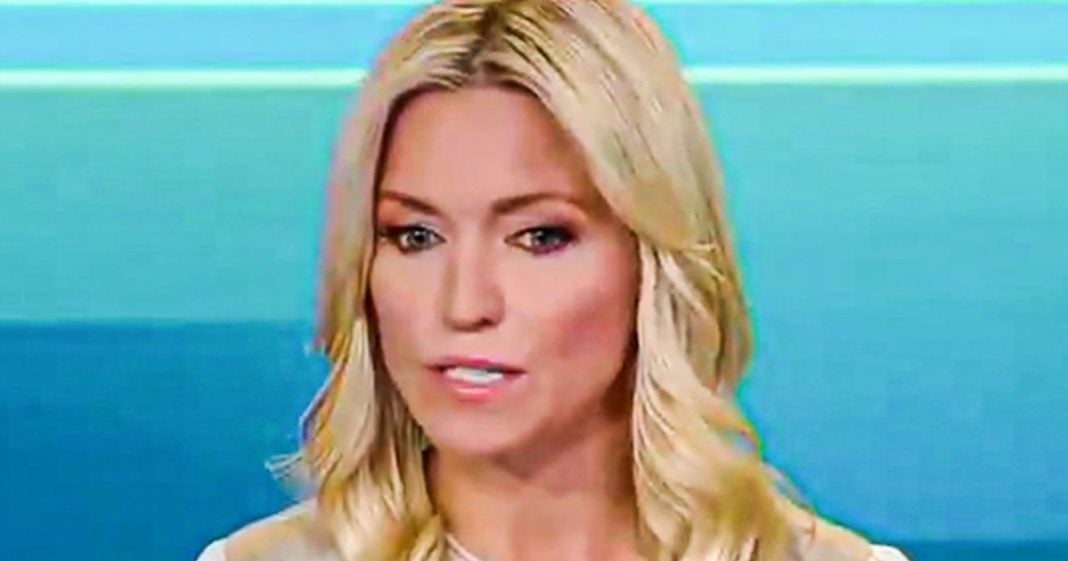 There is absolutely no question that Republicans have to suppress the vote in order to stay in power, and Fox News host Ainsley Earhardt admitted as much on Monday. Earhardy said that if mail-in ballots become the norm, then we’ll likely never see a Republican president again. That’s quite a good sales pitch for making mail-in ballots the standard, as Ring of Fire’s Farron Cousins explains.

On Monday, Fox news, Fox and friends host Ainsley Earhart actually accidentally admitted that if mail-in ballots become the norm here in the United States, that would mean the end of Republican rule. Now I think that’s a pretty good sales pitch. If you asked me for the need for mail-in ballots across the country, but you see Earhart didn’t mean for it to come out the way that it did, but she admitted an ugly truth that several other Republicans, including Trump himself have admitted this year alone. And that is the more people show up to vote. The more ballots that are there, the less likely it is, the Republicans are going to win. So here is what Earhart had to say on Monday’s program. Take a look.

Ainsley Earhardt:            The president last night was saying, what about Durham? Where’s Durham? What about the DOJ? Why aren’t they investigating all this? They keep moving on what he says.

Ainsley Earhardt:            And he says, they keep moving on and they go on to the next president. So a lot of voters are concerned about this election. They want to make sure it was fair. We want to make sure a mail-in ballots, if they’re used in the future, I know they had to be with COVID, but if they are in the future and if Democrats have their way it, that will happen.

So let’s start with the very obvious, okay. All of those things that she’s saying, we just want to make sure these things didn’t happen. None of them did happen. Dead. People didn’t vote. There was not widespread fraud. Trump’s people were allowed to observe. In fact, according to reports, they got a little too close. They got a little too handsy. They got a little too interfering. If you will. They were there. There was no shenanigans. There was no malarkey. Uh, there was just a lot more votes for Biden than there were for Trump. And that’s what happens when you have more voters involved. You see Trump admitted earlier this year when he was doing his attacks on mail-in voting that if this becomes widespread and more people vote by, gosh, Republicans will never win another public office and Earhart repeated the same thing because that’s, what’s likely to happen Republicans to their credit.

They show up, they go to the polls, rain or shine and they vote. Democrats is a little more lazy, not quite in the mood for it, whatever it is, but Hey, we can do this from home. Hell yeah, let’s do it. And that’s what happened in this election. And it worked very well. The system was not flawed as Republicans like to say it is that pretty good. And if it hadn’t been for Donald Trump, trying to dismantle the entire us postal service probably would have worked even better. And that’s terrifying to Republicans because the right their days will be numbered because the only way they’ve managed to maintain power for 20 plus years is by preventing people from voting. That’s their number one trick. That is the biggest thing that they do to win elections. They’re not out there putting great policies for people to support.

They’re just making sure enough of the other side, can’t vote to where they stay in power. And then once they get that power at the state level, they like to gerrymander their States to kind of solidify that power. Dan inshallah is absolutely one of the best examples of that gerrymander district, because his is in the shape of a letter C it just snakes all the way around these little areas, getting all the Republican votes. And that’s the only reason Dan Crenshaw is an elected official today because Republicans gerrymandered that district in Texas, along with many others. And when you can’t gerrymander again, you suppress just like in the state of Florida and the 2000 to 2004 elections where they purged a bunch of people off the voting rolls because their name happened to be similar or the same, I guess, uh, to somebody who had been in prison.

It wasn’t the same person, but because your name is also John Smith and John Smith was in jail. All the John Smith’s go, same thing happened in Ohio. John Casey actually did that in Ohio as well, because that’s the only way Republicans can win. So yeah, Earhart’s right. Trump is right without voter suppression tactics, making it easier for people to vote. Yeah. Republicans would never win another national office. Again, in most areas, they’d have a little bit of power, but never were they ever, and the amount of power that they have right now. And that would probably be the best thing for the United States.