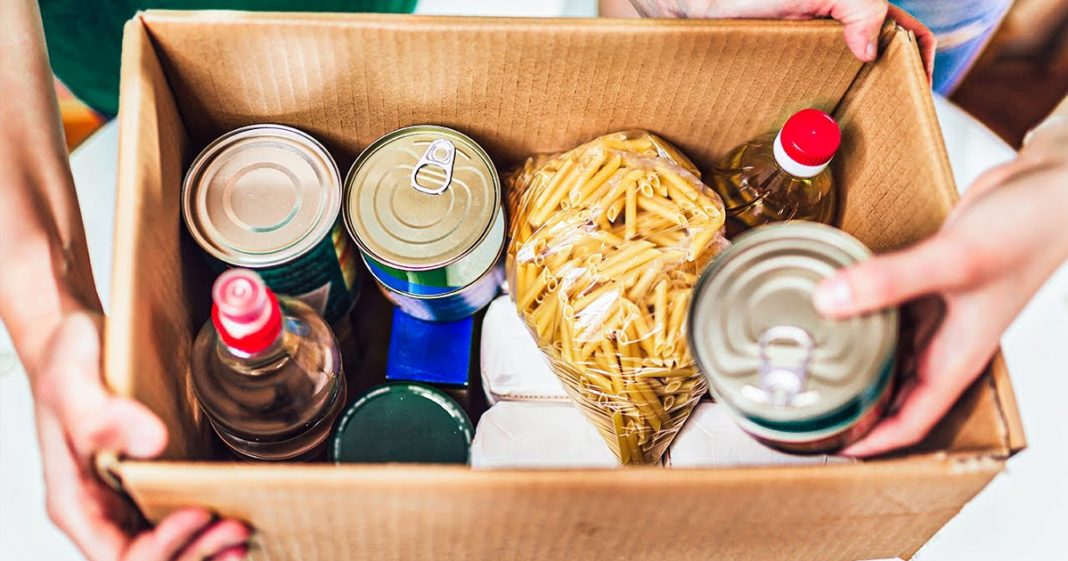 According to a startling new report, 1 in 6 American families with children are facing food shortages right now, and food banks across the country are not able to keep up with demand. Some food banks are reporting more than 300% increases in overall demand, while giving to these groups has fallen off. The pandemic is hurting more than just our health, and this was a situation that was mostly avoidable. Ring of Fire’s Farron Cousins discusses this.

According to the group, feeding America, which runs some of the largest food banks in the United States. One in six American families with children are experiencing food insecurity. By the end of the year, they expect 50 million Americans [inaudible] to be experiencing a food Shortage, not having enough to eat on any given day. And that includes 25% Of Children in the United States. 25% of our kids, according to the available data will not have enough to eat by the end of this year. And yes, this is caused by the pandemic. This has caused by the recession. You know, the, the double whammy of that is what has caused this insecurity. Uh, these food banks are experiencing massive shortages right now because they simply cannot keep up with demand. Uh, you know, we’ve all seen the, the, the photographs of the people lined up for miles and miles and miles in their cars, Texas, to get food from the food banks.

And this is the situation we’re in today because of it. And I understand Republican share most of the blame, but they do not Share all of it. You have to put the blame where it lies. The house of representatives is controlled by Democrats, by Nancy Pelosi and sure, Pelosi and Manoukian and Trump had been working on negotiations. And every time they walked away, they didn’t have a deal. Sometimes it was Minutian and walking away, sometimes it was Pelosi walking away, but either way, their inability to come together to help the American public is what led to this crisis. And like so many things in this country because the federal government cannot help us. They refuse to help us because we’re not all corporations. It’s up to us to help one another. So Americans have to turn to charity. You know, we, we turn to Charity on healthcare. GoFund me is now one of the largest healthcare providers apparently. And we’re having to do the same here. And that’s what I’m calling on people to do now.

And I know it’s exceptionally Difficult for people because of the recession, but if you have the means to give, please Do what you can. People are Going hungry. They do not have enough. And as we have seen, the government is not going to do enough or anything at all at this point to actually help Them. It is up to us. And I know, I know that’s tough and it sucks. And it shouldn’t be up to us, but it is. So we have to fill in, we have to be the ones to step up. And then by God, when 2022 rolls around, get these people out of office and put in people who actually care. It shouldn’t be that hard, but it is because We have the attention spans Of a goldfish. The pandemic Will get fixed. Eventually the economy will come back to a degree and we’ll forget about this. We’ll forget about stories like this. We’ll forget about the fact that 25% of kids in this country didn’t have food And we’ll vote the same people in to do the same thing. Next time we hit another crisis.