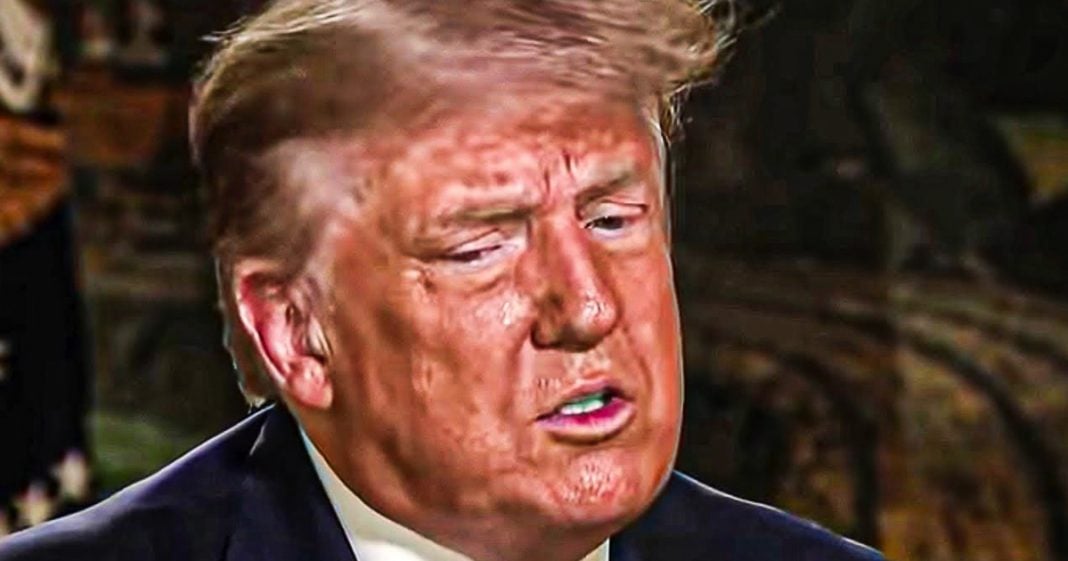 A Republican lawmaker from Michigan has had enough of Trump’s insanity, he publicly begged the President to “Stop The Stupid” and to just admit that he lost. This isn’t the first time that Trump has been called out by this lawmaker, and it doesn’t look like it’ll be the last time, either. But this sentiment is starting to grow across the country, and the longer that Trump whines and melts down, the worse his chances will be if he runs for President again. Ring of Fire’s Farron Cousins discusses this.

A Republican lawmaker from the state of Michigan over the weekend had finally had enough. And he lashed out at Donald Trump after Donald Trump. Once again, tweeted out more lies about the 2020 election, somehow being stolen from him. The representative is Paul Mitchell and Trump had tweeted. We have some big things happening in our various litigation’s on the election hoax. Everybody knows it was rigged. And apparently that is what sent representative Mitchell over the edge. He was sick of it. He’s tired of hearing it, tired of seeing it and has the rest of us are tired of not getting any evidence to back up any of these claims. So Paul Mitchell tweeted, please, for the sake of our nation, please drop these arguments without evidence of factual basis. Hashtag stop the stupid stop, the stupid. And then of course the hashtag stopped. The stupid, uh, took off much like the diaper.

Don did a long before that or not long before that. Excuse me. And so before you know it, you’ve got people like George Conway tweeting out, stop the stupid you’ve got other, uh, anti-Trump never Trump, Republican, excuse me. Trump tweeting out hashtag stop the stupid, everybody on the left, tweeting out, stop the stupid. And it took off. It really did. Um, but here’s the thing. I don’t care. What any of these other folks tweet, what matters is that we finally are starting to see some cracks in Donald Trump’s wall, so to speak. And I’m not talking about the very real cracks in his very real wall on the Southern border. I’m talking about his wall of Republican resistance. Let’s call it that, uh, representative Paul Mitchell, not somebody, most people know I’ve, hadn’t heard of the guy, but he is a Republican member of Congress or are Republican member of Congress who just told the president over the weekend.

Stop the stupid. That’s pretty good. That’s pretty good. It’s just one. When you got it. Yeah, a little over a hundred or some odd more to go, but it’s a start and you always have, I have to start somewhere, to be honest, Paul Mitchell is not the first Republican member of Congress to speak out against the president. You do have other members who are doing the same thing. Now they’re tired of this. They’re ready to move on. They understand that the longer this gets dragged out, the worse it is for their party folks. That’s what I don’t think a lot of people understand it. Most of them on the right. Obviously if you continue pushing these baseless claims of voter fraud, you’re going to do the same thing that Donald Trump did during the general election. When he went on these crazy attacks against the male, his followers then said, well, I’m not going to fall by.

It’s not safe. It’s not safe. I’m not going to do that. So what happened? The vote by mail is what gave Democrats the edge. That’s what led Joe Biden. Lynn had Trump not launched those attacks. His people would have voted by mail. He’d probably be, uh, you know, already in a second term by now. And you’re going to keep doing this. You’re going to keep saying voting machines, dominion voting machines, can’t be trusted. We need to get rid of all voting machines as it is. We’ve been saying, that’ll ring a fire for 16 years. Now we need paper ballots. We need verified receipts. Shouldn’t be that hard to do, but you’re going to scare your base into thinking that voting is not safe and they’re not going to vote, lose the Georgia Senate runoff. If you continue this Republicans already panicking about that, you know, you want to run again in 2024.

Everybody’s just going to remember these last few months of you being an office of you throwing this massive temper tantrum that at this point has gone on for almost an entire month. They’re going to view you as a whiny crying little baby, and they’re not going to want to give you a second term. And I say all this to tell you, I am okay with you continuing to do this crap because it’s only going to hurt you and your party. And I have no problem whatsoever with the Republican parties image being flushed a little bit further down the electoral toilet.