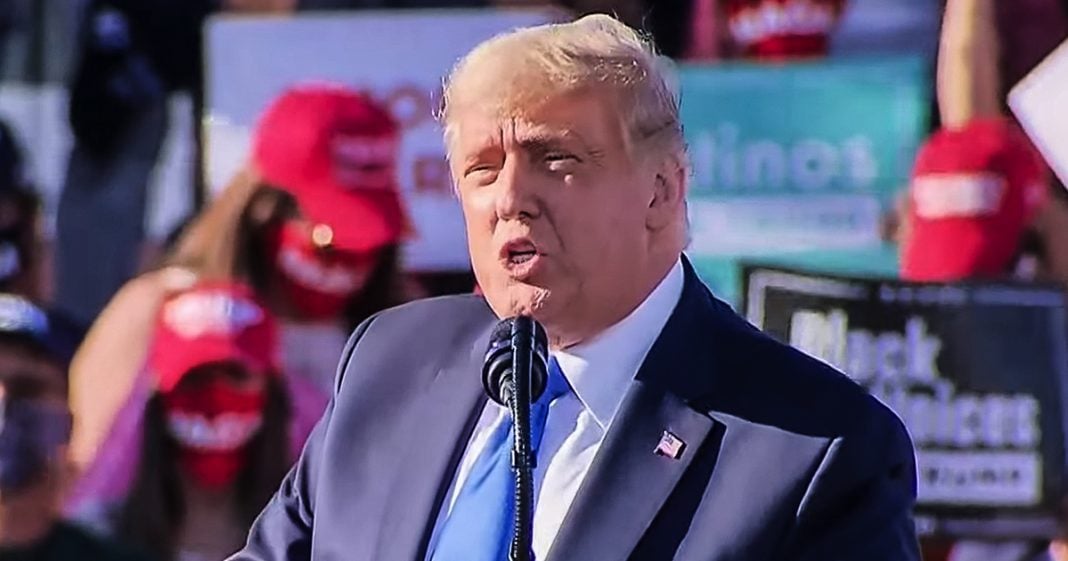 The city of El Paso, Texas has hired outside legal counsel to force Donald Trump to pay his debts to the city. The city has been waiting for nearly two years for Trump to repay them the money he owes for security and other costs – money that his campaign agreed to pay by signing a contract – but so far no attempt at payment has been made. Ring of Fire’s Farron Cousins explains what this means, and what could happen with all of the other cities where Trump’s campaign still owes massive amounts of money.

Donald Trump is about to be in a world of legal hurt. And no, I’m not just talking about all of the harassment lawsuits that he has and the, uh, defamation lawsuits. And of course all the investigations up in New York. No, no, no. I’m talking about the suits that are about to come flying out of the gate at him, from cities across the country, where Donald Trump has still refused to pay his bills for holding rallies in the cities. And some of these bills are for years past due the city of El Paso, Texas, this week announced that they have now retained outside legal counsel to force Donald Trump to pay his debts to the city. He held a rally in El Paso long, long ago. The city in, uh, encouraged, excuse me, a lot of additional costs that the Trump campaign, not administration campaign is supposed to pay back.

That is part of the deal. They signed the contracts. They said, we’ll pay you back. And then of course they didn’t pay him. So El Paso says it’s been long enough. We’re tired of waiting. We need this money. You crippled our city’s budget by the way. Cause it was so expensive. We’re going to hire a lawyer. And if you don’t pay up after our lawyer sends a couple strongly worded letters, we’re going to Sue you. You El Paso is not the only city in this country where Trump still owes money. There are does it. [inaudible] of areas where his campaign simply refuse to pay the costs to hold the rallies and folks, this is the thing. This is why I have repeatedly said, Trump’s not going to keep doing these rallies. If he loses, I know it’s been, so he’s going to do it. He’s getting to it.

He can’t, he financially cannot do it because with the Trump campaign, you’re talking about a billion dollar organization. They know how much cash they have on hand. So it was wise for a city to say, okay, you’re running for president or you are the president. We will front the costs for you. And then you pay us back. And then, Oh, we never got paid. Ah, crap. Yeah. When you’re not one of those things, when you’re just a former president, they’re going to ask for the money upfront, not just for the extra security costs in the city, but also for the VA menus.

And you’re going to have to pay that yourself. You’re not going to have a fun little campaign piggy bank to take that money from. So no, he’s not going to keep holding these rallies because we’ll have to charge people. It’ll be three to $400 per ticket. Those people ain’t going to pay that. No, not to hear Donald Trump say the same things. You could see him say on Twitter and that’s free for everybody. Unless of course, Twitter follows through and finally suspends them for violating the terms of service. Once he’s no longer a world leader, either way. Folks, Trump owes a lot of people, a lot of money and one way or another come hell or high water. These people, the cities across the United States that went into debt to let him come there. They’re going to get their money back.