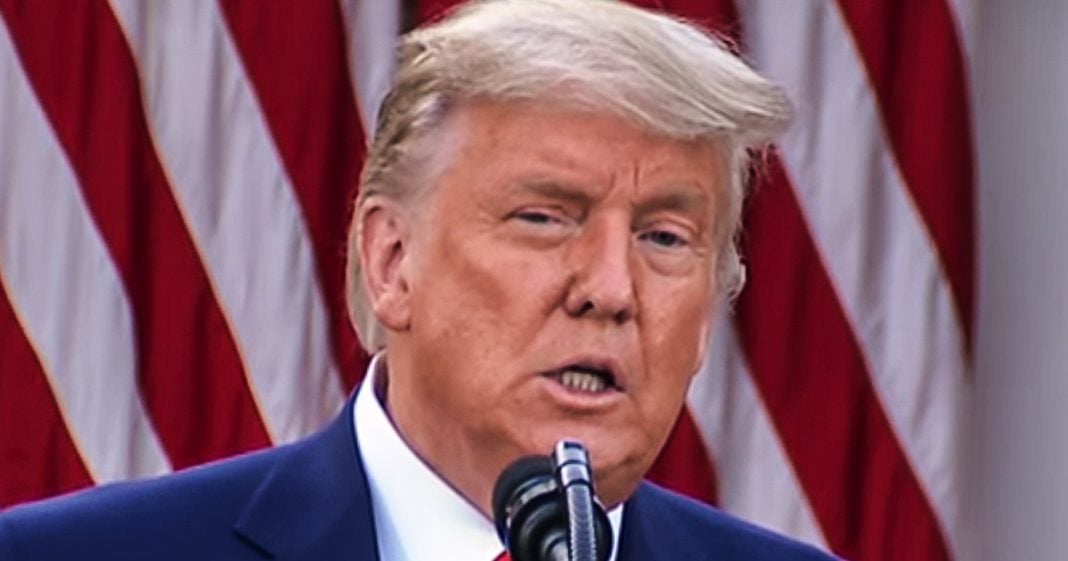 On Wednesday, a federal judge ruled that ICE cannot deport unaccompanied minors anymore, and ICE and the Trump administration responded by deporting an additional 33 minors who didn’t have parents or guardians with them. ICE is an organization that is not only lawless, but they are pure evil, and there MUST be investigations into their activities when Trump leaves office, and the organization must be dismantled. Ring of Fire’s Farron Cousins discusses this.

On Wednesday of this week, a us district judge emit Sullivan ruled that the Trump administration specifically ice cannot send unaccompanied minors back to other countries. You can’t just deport a child and have that be the end of that. A saga, no you can’t. And on that same day, on that same day that the judge handed down this ruling ending this harmful practice by the Trump administration. Do you know what the Trump administration did? They went ahead and deported an extra 33 children, unaccompanied minors, back to Guatemala, nearly three dozen children whose parents cannot be accounted for. And they just said, well, kids, I know it’s illegal for us to do this, but, uh, grab your stuff, get on out your cage. You’re going back to Guatemala. This is the kind of lawlessness that absolutely has to be investigated. They were literally told the same day.

You can’t legally do this anymore. And they said, we’re going to do it. What are you going to do? Biden said he wants the country to unite and look forward and he doesn’t want to investigate us. So what are you going to do? Ice has to be destroyed. And I used the word destroyed intentionally. I don’t just mean abolished. I want it destroyed. Abolished means it just disappears. I want it did steroid. I want every agent working for ice to be fired. You cannot in good conscience. Try to move these people to other branches of government. When you know that you have been ordered by the law of the United States to not do something, but then you do it anyway because your superiors told you to do it. Yeah. That’s the old Nuremberg defense and it doesn’t stand. We were just following orders, abolish it, destroy it, dismantle it, relegate it to the Ash heap of history, where it belongs because these are criminals.

These are lawless individuals, and I’m not talking about the people they’ve rounded up. I’m talking about the people running the very organization itself the day before Thanksgiving here in the United States, where we celebrate the fact that immigrants came over here and managed to be successful with the help of the natives. And I know there’s a hell of a lot of genocide to go with that story too. But that’s the day before this happened, Wednesday and Thanksgiving was Thursday. This country has no idea what it stands for. We have no idea what our real history is either. All we know is that the future we’re creating is probably going to be just as bad as everything this done for the last 250, some odd years. And it starts with ice. They have to go. And I know Joe Biden doesn’t have the stones to do that. But then by God, we better start electing people who do, because the atrocities committed by that organization, uh, which was founded by the way under George W. Bush. It’s not like it’s been there forever, but the atrocities have been bipartisan Bush. Didn’t Obama, Obama did them. And Trump did them worse than anyone Biden may say, he’s going to stop. It may say he’s gonna, you know, pull back on it. That’s not good enough. Destroy the organization and stop treating these people, especially children as if they’re not even human, anything less than that is unacceptable.