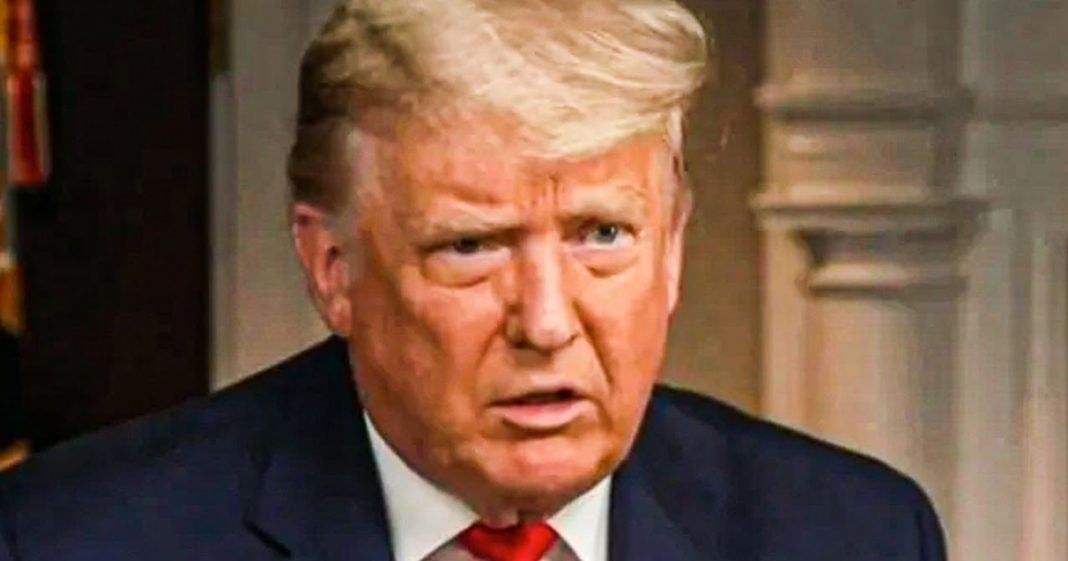 According to a report in The Daily Beast this week, Republican donors are tired of Donald Trump’s ridiculousness and they are ready for him to be gone. They want nothing to do with his stupid election challenges, and they have refused opportunities to help him steal the victory away from Biden. They won’t stay gone for too long, though, and Ring of Fire’s Farron Cousins explains why.

In case you were wondering why it is that members of the Republican party members of the Trump campaign, donors to the Republican party. Why all of these people are going along with Trump’s idiotic election challenges that everybody knows are based on fraud? Well, the answer is they’re actually not according to a report from the daily beast earlier this week, members of Trump’s own campaign, including his campaign manager, bill Stepien are not happy with these election challenges. Maybe members of the RNC are not happy that Donald Trump is doing this because they believe it is hurting the party. And of course, as the daily beast points out, a wealthy Republican donors from all over the country are not thrilled about the fact that Donald Trump is making the Republican party looks so silly. One of them actually described it as, uh, this is all crazy lunatic stuff.

And I don’t know, I think I could have said it better myself because folks, this is all crazy lunatic stuff. And it’s great to know that there’s members of Trump’s own campaign that say, this is stupid. Please stop. It’s. You know, I guess it’s hopeful to know that there’s members of the Republican party who say that this is stupid. And I guess it’s good that donors say this is crazy lunatic stuff, but it really does any of it matter. I know that’s a weird way to transition to that, but really think about it. Folks does any of it matter? Does it matter that Trump’s campaign? People say this is stupid. You shouldn’t do it. Or that the Republican party says it or that Republican donor say it. No, it does not. Because at the end of the day, none of these people are going to walk away and say, all right, listen, party got too crazy.

I’m done guys. I’m done. I am not a part of this anymore. I quit. I’m not going to continue funding this. I am not going to continue. And you enabling this, no, nobody’s saying those things. So what does it matter? I am glad the daily beast is out there. They do some good work. Most of the time, this is a stupid story. This isn’t something that matters. These donors are not going to walk away from the Republican party, no matter how annoyed they get with Trump, because it’s even mentioned in the article that they still think he has a good chance of winning again in 2024, they’re not going anyway. They’re not leaving him. They’re not abandoning him. He can be as crazy as he wants to be. And they’re still going to stand by him even if they disagree with him. So what is the point of any of it?

I think one, as I have repeated, he said, do not think Trump is going to run again in 2020 for, uh, for a myriad of reasons. One of them being the dude could be in prison. Another being the dude could be not alive anymore. Given his age and health, I don’t think it’s going to happen. But if we expect any member of the Republican party to suddenly change, you know, to have this grand epiphany that, Oh my God, I’ve been doing wrong all this time. It ain’t going to happen. I know Charles Koch recently claimed that at the same time, he’s pouring millions into the Georgia Senate runoffs. Yeah. They’re not hurting for money. Even if donors say all, sit out the Georgia runoffs. Cool. The Cokes aren’t or the Coke. Isn’t he still funding it while still trying to say, I wish we weren’t. So part of thin anymore. Yeah, dude, you’re still feeding it. You’re all a bunch of lying hypocrites. And I hope the public understands that and I hope the public doesn’t fall for this and start to think, well, maybe there’s a few good ones left there. Aren’t there aren’t.