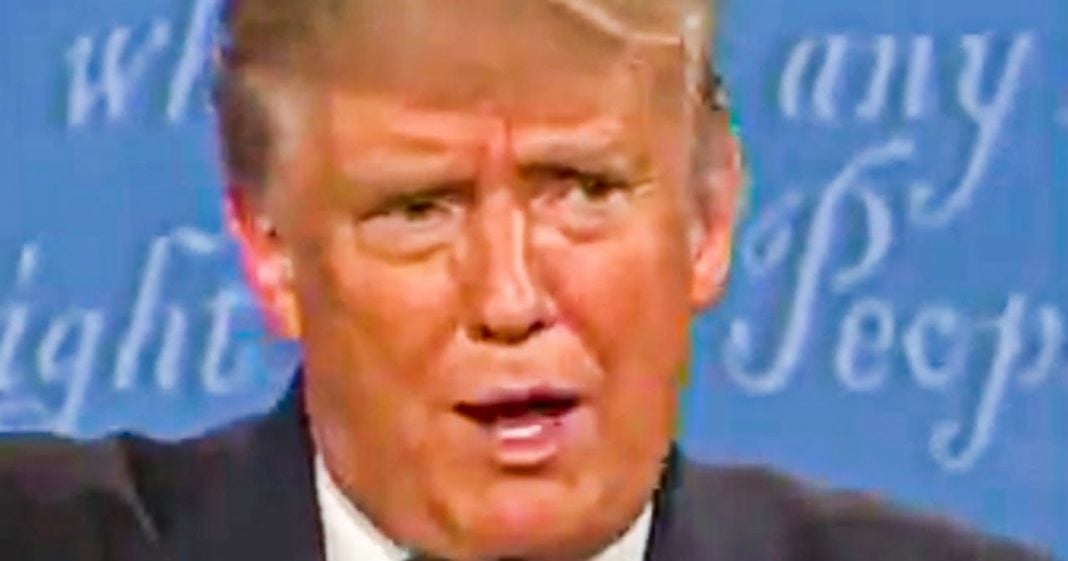 The corporate media gave us Donald Trump. They have given him a virtually unlimited microphone to speak anytime he saw fit, and they appear to have not learned their lesson. The problem is that the next one will be worse than Trump, and if the media continues down this same path, they will share a huge portion of the responsibility for what comes next. Ring of Fire’s Farron Cousins discusses this.

The reason Donald Trump was even able to become president of the United States to begin with. It’s not necessarily because he tapped into hatred or economic anxiety in the country. Sure. He did that for some people. But the biggest reason is because the media allowed him to go out there and make these claims. They went out there, covered every single rally he did in 2015 and 2016, completely unfiltered. Then during his administration, for the most part, let it run without running fact checks during it. Occasionally they do fact checking after, but they’d never cover everything. And of course doing it afterwards, most people by then it already Change the channel, the media, hello, Create Donald Trump. And they helped him win. The presidency. Reports already showed that, uh, heading into 2016, uh, into the election, they had given him $2 billion worth of free media.

You get coverage that was unprecedented this year. They cut back on it a little bit, a little bit. Most networks Sawyer does rallies, or at least heard part of them. There was a while there, back in April when they were running his press conferences every single day of the week, every time he had one about COVID-19, even though he wouldn’t use them to talk about the disease, he was talking about himself and the election and how great he was. Sure. The media learned nothing Until the very end. It seemed like maybe they did the question. Is, are they going to remember that? And the answer is no, because they’re already not remembering it. They are having a field day covering this soft coup attempt by the president of the United States. While most of the rest of us would love to just be able to move on. They’re eating it up because this is the last, last little bit of milk they’re getting out of that Trump teat. And I’m sorry to have to play it, that image into your brain. But that’s what that is. They get massive advertising dollars. They get huge revenues because people love the tune in to see what kind of crazy shenanigans the president of the United States got in that day. And if they were to just say, well, it’s over, Biden’s going to be president transitions coming along. Let’s move on to other issues. Let’s talk about climate change. You know, what’s going to happen.

Click Everybody’s gone. The viewers are gone. The ratings are gone. The ad dollars are gone. So they keep talking about Trump. They keep saying, well, Kenny, maybe he can let’s bring on our panel of experts. Can Donald Trump overturn the election? Well, Jim, I don’t know. I would think he could, but maybe he can’t. I really don’t know. I have no nothing of the law and people tune in to watch this slow motion, train wreck. The media has learned nothing. And the problem with that, sure. Go ahead and milk a couple more months off of Trump. I don’t care Actually I do, but if they continue this way, What’s going to happen. When Biden takes office one, they’re still going to have Trump on their networks all the time. They’re going to let them phone it in, literally call on the phone, get air time. Whenever he wants it. Not fact, check him in real time. Try to fact check them afterwards again, by the time everybody’s tuned out. So it’s not going to matter if they fact check, but more importantly, they’re going to allow the other folks to come on in his stead. So instead of it being Donald Trump, that’s going to get all the airtime. It’ll be Matt Gates. It’ll be Tom cotton. Josh hall. It’ll be whichever Republican it is that they choose to elevate. Now, Matt Gates has already proven that he loves being in front of that camera. Nothing.

That man loves more. He certainly doesn’t love being back here in his district, helping his constituents. No, no we’re suffering. Uh, our, our bridge collapsed couple of weeks ago during hurricane Sally, dude, you haven’t done a thing about that. Have, you know, you don’t care. You were busy flying around her in that time, doing rallies with Trump, but the media will let you go on in the lets you say whatever you want to say, Because if you’re Not gearing up for a presidential bid than I am assuming you’re at least gearing up to challenge Marco Rubio or possibly Rick Scott in the further future for their Senate seat. And they’ll give you the airtime to do it. They’ll give Tom cotton the airtime to go on there and act as a military expert. When his only area of expertise in the military was working with private contractors, being the go-between between the U S military and the, uh, contractors. They’re going to make the same mistakes again. And the only thing I can tell you is the same thing. We here at a fire. I’ve been telling you for 16 and a half years, and that is Turn it off. Corporate media serves corporate masters, not your interest. It doesn’t matter if it’s a left leaning network like MSNBC or moderate outlets like CNN or right-wing outlets like Fox. They all serve the same master and that master is the almighty dollar not you. So turn it off for good.