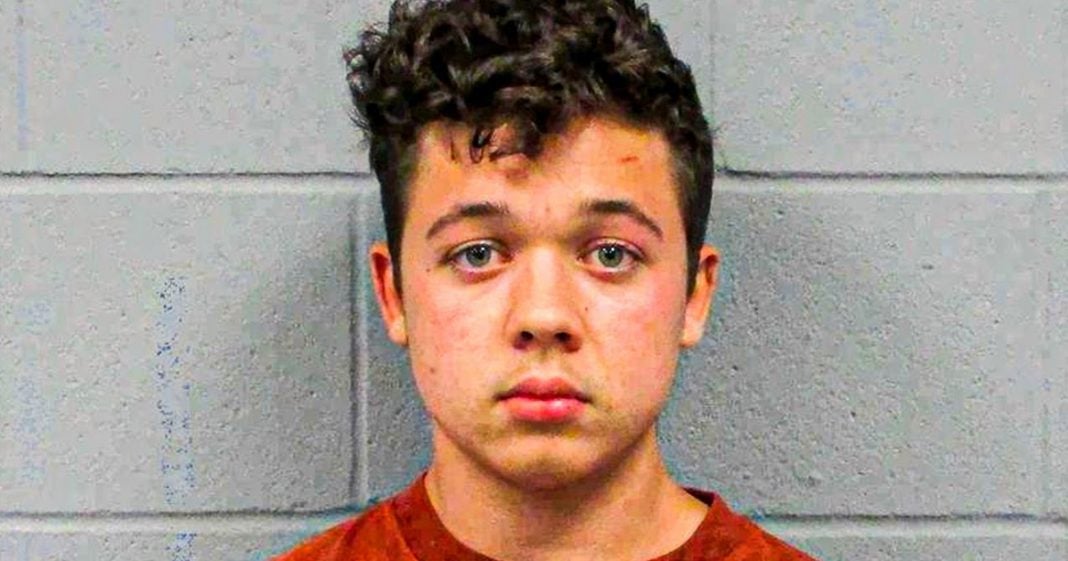 There are not enough words available to describe the disgusting hypocrisy of the Republican Party. They blame unarmed black men who get murdered by police saying that it is their own fault, and then they hold a murderer like Kyle Rittenhouse high upon their shoulders and raise millions for his legal defense. Rittenhouse is now getting endorsement deals, celebrity encounters, and praise from politicians. This country is diseased, and Ring of Fire’s Farron Cousins explains exactly what that disease is.

Last week, Kyle Rittenhouse, the Illinois teenager, uh, who traveled from Illinois to Wisconsin with his AR 15 murdered to black lives matters, uh, protestors. Last Friday, he was released from jail on $2 million bond. He got the money from all of these right-wingers across the country who now view Kyle Rittenhouse as a hero. And I understand he still has to go in front of a jury of his peers. They have to either determine him guilty or innocent. We’re not saying guilty or innocent at this point, but there is no denying that he did murder these two individuals. The only thing that needs to be seen is whether or not this was self-defense as Republicans claim. It was. So let’s look at the facts. Kyle Rittenhouse was not allowed legally to have the weapon that he had. So it’s an illegal weapon because of his age. He’s only 17 was not allowed to have it till he was 18. I believe. Uh, so illegally possessing the firearm. That’s definitely something he’s going to get popped with, uh, crossing state lines.

You didn’t live there. He didn’t live in the city. You didn’t even live in the state. So why do you feel the need to go over there and protect it? That’s not your personal property. So the castle doctrine, which is atypical self-defense doctrine, you know, you have the right to defend your, your home, your castle, uh, that cannot apply in this situation. So there goes about half of your self defense claims in the country because you can’t claim castle doctrine because you cross state lines to go there. And that also makes us have to listen, not listen, excuse me. Look at intent. You traveled across state lines with an illegally obtained weapon. So what was your intent? If you travel across state lines with an illegal weapon, because you’re mad at the people there, the intent is pretty obvious. And I think the prosecution is going to have a very easy time proving that intent. Now, as far as the legality of all this goes, you know, Republicans keep saying no, it’s self-defense. If you watch the video, people were shooting at him. I’ve seen the videos. I haven’t seen that in any of them. I mean, I’m sure there’s some highly edited ones, uh, out there where Republicans have put stuff in. Maybe I don’t know, but I’ve seen plenty of videos on this and I don’t see other people shooting guns at Kyle Rittenhouse. I don’t, especially not the people he murdered.

So that’s going to be difficult to prove. Maybe it’s there. Maybe I just haven’t seen it. But Legally speaking his case is going to be exceptionally hard for his defense lawyers to, uh, uh, work out in court, no matter how much money Republicans raise for him, but that’s not even the issue here. I’m not worried about that. What I am worried about is the fact that we have this party, this Republican party who now views Rittenhouse as a folk hero as a superhero, they’re hoisting him up on his shoulders. The weekend the kid gets out of jail. He goes home and he’s got all. He’s got Ricky Schroder who apparently is a former actor waiting for him to take pictures of them. Kyle Rittenhouse smiled vaguely so happy, which I’ll get to that in a minute because that’s actually a really bad sign. Um, endorsement from black rifle, coffee. He’s getting tweets from sitting politicians, sitting Republican politicians. One of them, our Florida state representative said, Kyle Rittenhouse for Congress. Yeah.

You’re holding up this man as a hero because he murdered two Antifa people to black lives matter protesters, whatever those individuals were they’re dead. They don’t get to spend Thanksgiving with their families this year. They don’t even get to not choose to spend Thanksgiving with their families because CDC says not to. They didn’t get that this year. Kyle Rittenhouse stint. Cause he was released from prison because Republicans raised millions of dollars from him. This is the pro-life party. This is the law and order party. This is the party that says, if you’re a black man and you get shot by a cop, even if you weren’t holding a weapon, it was probably your fault. You know, you shouldn’t, you shouldn’t break the law and then you won’t get in trouble. Oh, I’m sorry. 14 year old, actually younger than that, black kid playing with a BB gun, you got murdered by police. Shin had the gun.

The hypocrisy is astounding. The hypocrisy will make you want to pull your own teeth out. But it is something that has to be addressed. This kid killed two people and he showed no remorse. If you need any other indicator as to what this kid’s intent was. And this is what I just mentioned. Look at the picture from this weekend. And he is smiling. Beg he’s happy. He doesn’t have a care in the world. So either he’s not competent enough to understand what he did or he likely enjoyed it. This is the kind of person that needs to be removed from society locked away. We, we we’ve seen people like this before he is incapable of showing remorse. So something could happen again. That’s the telltale sign folks, those, those psychological symptoms. And from what I’ve seen, of course I’m not a professional, but in this particular instance, I don’t know that you have to be there there, this kid is not sorry for what he did. And that should be really all the prosecution needs the put them away.