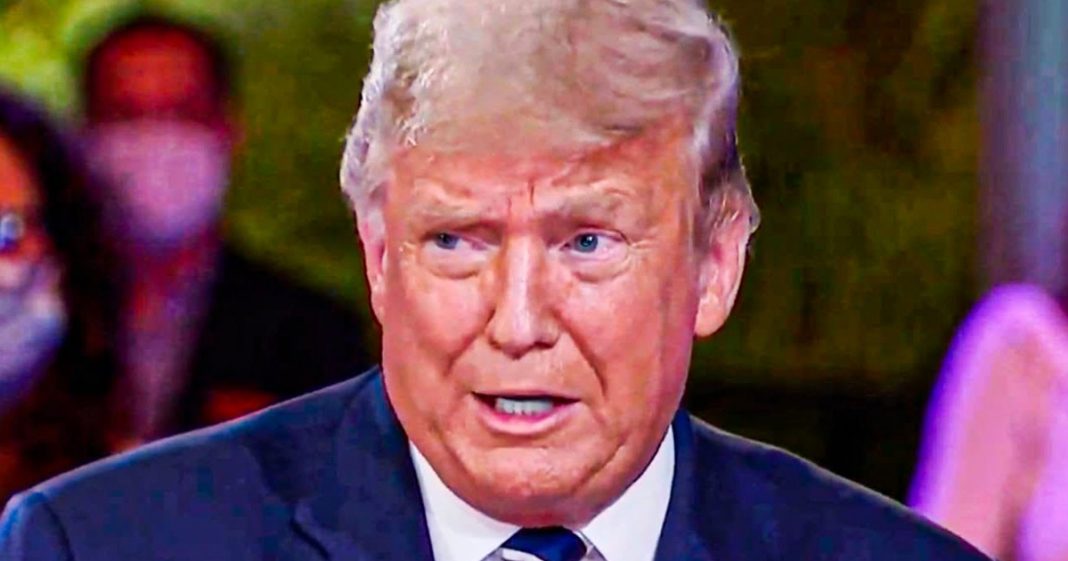 Republicans are starting to freak out about Donald Trump’s nonstop cries of voter fraud, as they fear it will keep voters from showing up to vote in the Georgia runoff elections. The only problem that these Republicans have is that they aren’t voicing these opinions loud enough or in large enough numbers. They are watching helplessly as the selfish narcissist burns their Party to the ground. Ring of Fire’s Farron Cousins explains what’s happening.

Yet another Republican strategist came out earlier this week, warning that Donald Trump might actually be burning down the Republican party this time. It was Frank Luntz, a noted GOP, pollster and strategist who said on CNBC on Monday that Donald Trump’s nonstop cries of voter fraud could likely prevent Republicans from voting in the Georgia runoffs because they think the whole system’s rigged. And if they don’t vote, Democrats will win. And then Democrats have control of the Senate for at least the next two years burning down the GOP effectively because they would have no power in the legislative or executive branches. Now here’s the thing we talked about that several days before lunch said it, other folks who’ve been talked to, everybody’s been talking about it. We all know this to be true. Now here’s the other angle on this? Trump knows Trump doesn’t care and why should he Trump?

Literally, he has no reason to care. If he burns down the entire Republic, can party think about it for a second. If he takes the Republicans down, what does he lose? Does he lose some of his tax? Okay. Well, according to his taxes, he already wasn’t paying taxes before he got the tax breaks. So that’s not a big concern for him. He knows how to game the system tax breaks or not. He’s going to pay a couple hundred bucks a year. So he’s not worried about that. Uh, furthermore, he’s not in power, so he doesn’t need a Republican controlled Senate to pushes things through because he’s not pushing anything through. So what does it matter to him who controls the Senate? It’s not like Biden’s going to actually go after him. He knows this. He knows this. So I don’t, when people say it like, [inaudible] do the investigations. I’m sorry. They should. But they won’t. Biden’s already said he doesn’t want to.

So Trump has nothing to fear. He has nothing to lose. And that’s what Republicans should have known from day one, you created the Frankenstein’s monster. You thought, Hey, what if we put the crazy person in charge? And then the crazy person starts destroying everything. And people are running terrified, screaming from the monster. And you’re thinking, my God, what have I done? If only somebody could stop it, because now you can’t stop it, right? Either the monster can overpower you. And it’s really sad cause he just overpowers you by getting on Twitter and calling you a stupid nickname. But apparently it works for idiots, but you know what, let them do it. Not only because I want the Democrats to control the Senate, but because I think it’s time for the Republican party to get their comeuppance. I really truly believe that it’s time for the Republican party to have their collective faces just shove down in the dirt, rubbed in the dirt a little bit. You know, let’s collectively as a, give the Republican party a wedgie. That’s what they deserve. And to be honest, Donald Trump is the one who’s leading the way Donald Trump is the one giving them the wedgie. All Democrats have to do is sit back and laugh at this point because it is comical that he is burning down their party. Sure. Democrats have plenty of problems of their own. We talk about those all the time, but for right now, it’s okay for them to just sit back and enjoy the show.