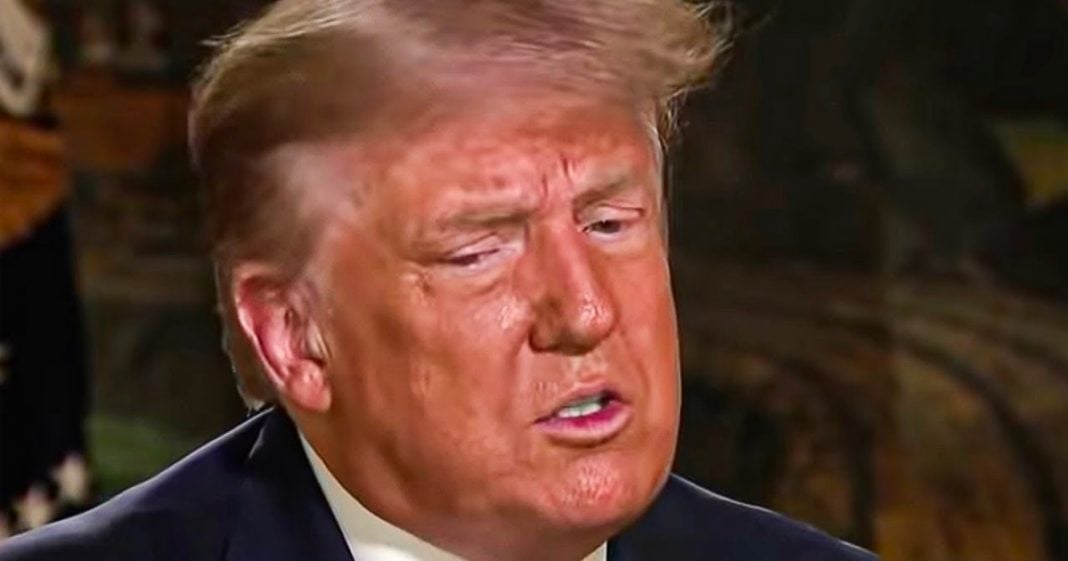 Plenty of high profile Republicans have remained silent during Trump’s coup; Some have tacitly or overtly supported it; And still others have denounced it as a threat to our country. The Republican Party is clearly more divided than ever, so the question that needs to be answered is whether the party can survive this, or if it breaks apart and takes the Democratic Party further down the tubes with it. Ring of Fire’s Farron Cousins explains the possibilities.

You have three different factions of the Republican party today, first and foremost, you have the ones who are not saying anything at all about Trump’s coup attempt. You don’t know if they support it. If they hate it, what they want. Cause they just want to stay out of it. They don’t have a backbone. They’re not going to say a thing. Then you have the growing number of Republicans who say, this is dangerous. This is stupid. This might even be illegal. Please stop it. Except that you lost. Let the transition begin. You’re outta here. And then of course you have the third faction, which is made up of two different factions. One that says, well, he’s allowed to do everything he’s doing. You know, there’s nothing wrong with this. He can do it. And then the other part of that is the ones who say, yes, he should do it because the election was stolen from him.

Not just because it’s within his legal authority to do it, but because it was stolen. So that’s your friend, that’s your, you know, people, you probably wouldn’t want to share an elevator with, but there’s plenty of them. And that’s, what’s scary. You want to know what’s even more scary, these different factions I’m talking about here. These aren’t your average everyday walking around workaday Republicans. You know, it’s not the person sitting in the cubicle next to you. That I’m, that I’m talking about at the moment. It’s our elected leaders, politicians, people who actually have power in a say in how this country has run people who shape the Republican party itself and they’re torn. So the question I have is can the Republican party survive Donald Trump’s soft coup attempt? And the answer I’ve come to is that no, I don’t think it will. I think at the end of the day, sure.

When all the dust settles on all of this, there will still be a Republican party. It will be just as powerful as it is today. It will also be far more terrifying than it is today. Here is what I believe is going to happen. And maybe it’s not going to be overnight, but I think we’re going to start to see the shift. And I say that because we’ve literally already seen the shift. Uh, so it’s not hard to think that this is where things are going. You are going to have your hard, right? Your, your Donald Trump fanatics, your Matt Gates is your Jim Jordans. He Dan Crenshaw and Tom cotton’s, that’s your new Republican party. Those are your faces. Those are the people. And they’re the ones who are going to be shaping the policy. And they’re the ones who are going to be calling the shots.

It’s going to be fringe. It’s going to be radical. It’s going to be extreme. And I don’t mean any of those in a good X-Games type of language. So what happens to all the moderate Republicans? What happens to all the people who darn it, we just want to commit war crimes and just stay out of people’s, you know, lives. If, unless you want to marry somebody, we don’t like, um, those are going to become Democrats. And that’s the other side of this terrifying coin. They have to go somewhere. They’re not going to form their own party. So they’re going to weasel their way in and find a home in the Republican party. And what we’re already seeing is the democratic party, embracing them. The Democrats are going to take in these former Republicans because the former Republicans are going to knock on the door as a bit of a Trojan horse and say, Hey, wouldn’t you like to win more Republican votes so that you can secure elections in the future because I can deliver that because they love me.

We get empty store shelves for half the year, by the way. So don’t talk to me about Venezuela, by the way, our federal government, we helped that happen down there. The Republican party fracturing is going to destroy both political parties and it’s going to create a massive void on the left because whatever Springs up on the left at that point is going to have two major well-funded parties fighting against it. I’m not optimistic about the future of this country at all anymore. I truly am not based on what we’ve seen based on what we are seeing. It’s not difficult to think about what could be coming in the future. If we stay on this same path. And right now I don’t see anything taking us off that path.