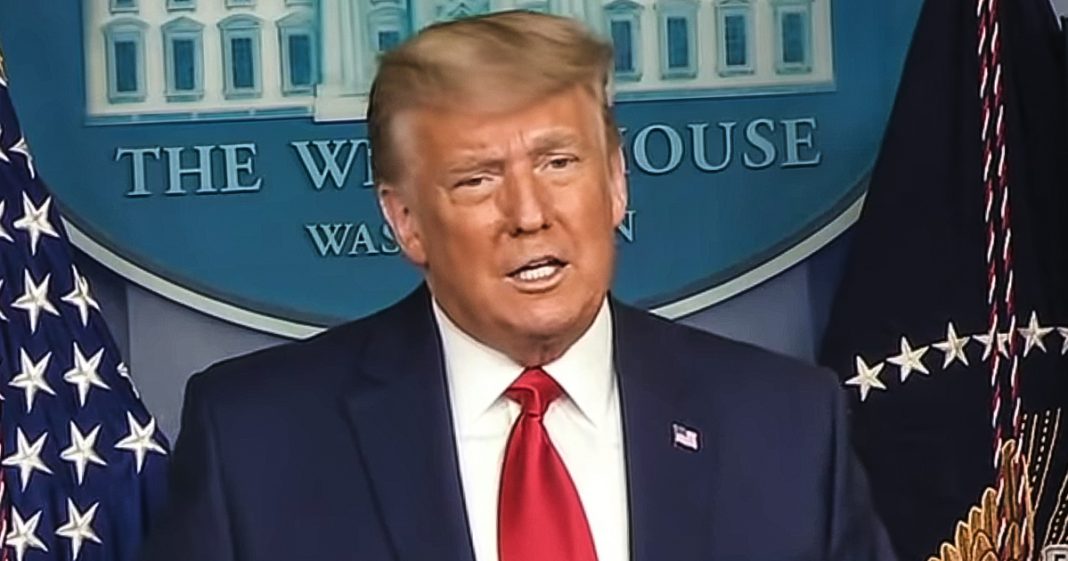 According to a new report by The Wall Street Journal, staffers in the White House are actively avoiding Donald Trump because they are afraid that he is going to make them start working on his ridiculous election challenge lawsuits, and nobody wants to be given that task. But given the fact that the President hasn’t actually been working, it shouldn’t be too hard for these staffers to stay out of Trump’s sight. Ring of Fire’s Farron Cousins explains what’s happening.

According to new reports out this week, actually report from the wall street journal staffers in the West wing of the white house are now acting actively avoiding going anywhere near Donald Trump, for fear that they’re going to be the next person that he brings in to start working on these knowingly frauds election challenges. The report says that usually throughout the administration, staffers would always hang around near the West wing of the white house, near the oval office, actually in the hopes of being called inside, uh, to a meeting, given a special task, you know, that’s the president of the United States love him or hate him. He gives you a job to do that’s a big deal, but since the election, the number of staffers, according to the wall street journal that had been hanging out there, hoping you had called in as dwindle down to close to zero.

And as these staffers have told the paper, it’s because they don’t want to be involved in any of this nonsense. They’re afraid of what it’s going to do to their potential careers after leaving the white house. So they’re just avoiding him. I don’t know what they’re doing. Uh, I don’t even know if they’re actually working at this point cause we know the president it’s not working. So that’s gotta be a fun time, you know, right before the holidays really have much to do at work anyway, right. You’re just kind of slacking off doing whatever. And that appears to be what these white house staffers are doing, but how horrible it is that that is how desperate Trump is. He can’t get any good lawyers. We know that, that the reports have told us that all week, all he’s got is Rudy Giuliani. And he’s actually, I, I assume he has to be considering pulling some of his white house staffers into the fray.

If they’re afraid of it happening, I assume they have a reason to be afraid that that’s what’s going to happen. And so there, there it is like that’s, that’s what we’re dealing with. That is the level of incompetence and ridiculousness coming from this white house. And unfortunately, because the electoral college doesn’t cast their final vote, uh, basically ending the election for good until December 14th, we have at least two more weeks of this two and a half weeks of this. Uh, yeah, that sucks. So I’m sorry. Staffers, your guests going to have to continue to avoid Donald Trump. Uh, you know, if you see him coming, make beeline for the bathroom, if you need to, uh, maybe bend down to tie your shoes. So he can’t see your face, uh, you know, maybe wear a face mask so that he can’t recognize you put on a face shield too. Maybe a funny hat. I don’t know. I don’t know whatever you gotta do to hide yourself from Donald Trump, dress up as a houseplant and just stand in the corner until the administration is over, whatever it is you think you need to do to not get sucked into the fray of all this ridiculous and potentially illegal lawsuits that he’s fought a you do It.

You do you cause as we Repeatedly talked about the job market for you people, when you leave the white house, uh, isn’t looking too great. And Trump has already forbidding anyone from even working on their resume or actively looking for a new job. So You don’t have much to do so Spend these next couple of weeks working on your hide and seek skills so that you don’t get pulled into one of the most ridiculous soft coups the United States has ever seen. One of today’s video sponsors is surf, shark VPN. And right now they have an exclusive offer for a ring of fire. Viewers go to surf shark.deals/ring of fire. And you can get 84% off a two year plan with four months for free. If you’re not using a VPN to surf the web, then your data is at a greater risk than it should be using a VPN can help protect your data. It can help protect your privacy and it can actually give you access to lots of features. The internet has to offer that you may be missing out on using a regular web browser. For example, there’s plenty of areas in the world where certain, uh, streaming services are not available using a VPN can allow you to get around that. Um, there could be certain content restrictions on a college internet service. This can allow you to access more information. There’s all kinds of things that VPNs can do, but the most important thing is that it helps protect your privacy, giving you a little bit more internet security. So again, go to surf shark.deals/ring of fire. Use code, ring of fire at checkout, or simply click on the link at the top of the video description below to get 84% off a two year plan with surf shark and you get four months for free.