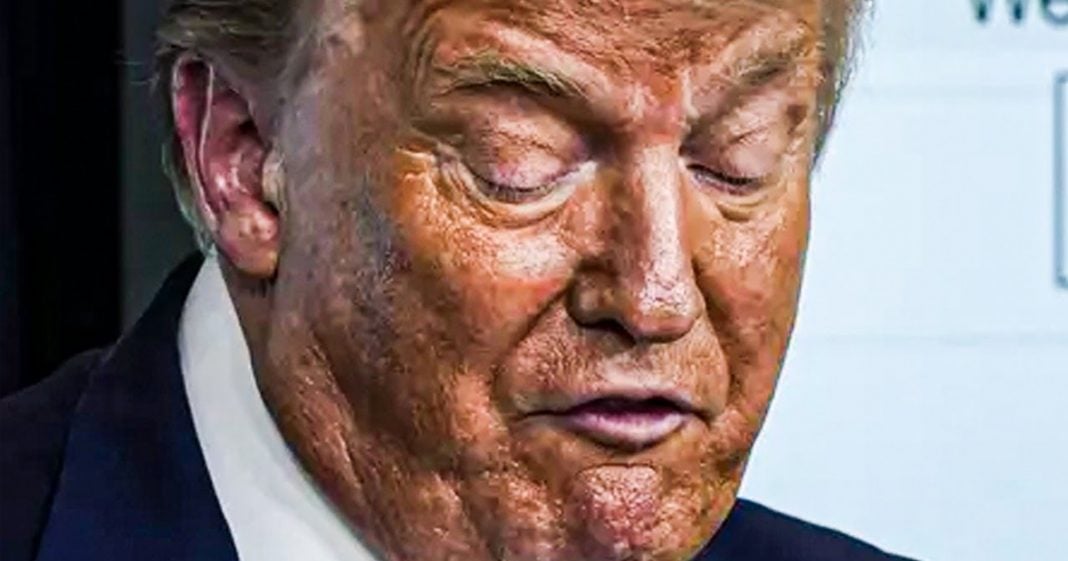 According to a report in Politico this week, Donald Trump was upset that he was “the only Republican” who lost in America as other Republicans saw major success. While his lament isn’t necessarily true, is does raise interesting questions as to why Republicans are willing to stand by him when THEY won and HE lost. Ring of Fire’s Farron Cousins discusses this.

As we all know, Donald Trump recently held his meeting with Michigan lawmakers in an attempt to steal the state for himself and away from Joe Biden, who rightfully won the state of Michigan. Now, during this meeting, according to a report this week from Politico, Donald Trump actually lamented about the fact that he was the only Republican that lost in 2020. Now we all know he’s not the only Republican who lost in 2020, but let’s be honest. When you look at it, Republicans did pick up some seats in the house. Yeah. They lost a couple in the Senate. They won one back in the Senate to Doug Jones got defeated by Tugerville. But overall, yeah, I mean, Republicans had a pretty good election with the exception of Donald Trump. And according to this Politico report, here’s what he said to the Michigan lawmakers. As he’s trying to convince them to basically do away with their state’s vote and just give him the electoral votes.

He said, I don’t get it. All these other Republicans all over the country, they all win their races. And I’m the only guy that loses. Yeah, you kind of are. But to be honest folks, this really does speak volumes to where the Republican party stands. The public for the most part is not, not, not, not rejecting the Republican party. However, the 2020 election was an overwhelming rejection of Donald Trump himself. Now. Sure. Everybody wants to point out, but 73 million people voted for him. Yeah, they did. That’s horrifying. But more people showed up to vote against it. And again, given the fact that other Republicans won Republicans in swing areas won, they won races. They weren’t expected to win. It shows that there were plenty of people who voted for Joe Biden at the top. And then Republicans further down the ballot. Now this is bad news.

Believe it or not for the democratic party, it shows that people weren’t voting for you. They were voting against him. So two years from now, when you don’t have a him on the ballot, when you don’t have that boogeyman to run against what are you going to do? Cause you got to start planning for the midterms. Now, folks, I know we’re all suffering from election fatigue. Trust me. I know I get it, but we are going to start thinking about it. We have to be there already because I promise you, the Republicans are they’re laying out their strategy right now. Trump is publicly doing all this stupid idiot stuff, but he’s old news. Now the Republicans are working on their strategy. How some of them are working on their 20, 24 strategies. Democrats need to do the same thing. And the best way to do that is to come out of the gate, strong with a Biden administration and actually do something to help the public. He can’t run on. I’m not Trump forever. You got to give him something tangible because if not the Republicans who do still have a strong, a showing of support in this country are going to wipe the floor with you in the 2022 midterms. And then again, most likely in the 2024 presidential race.