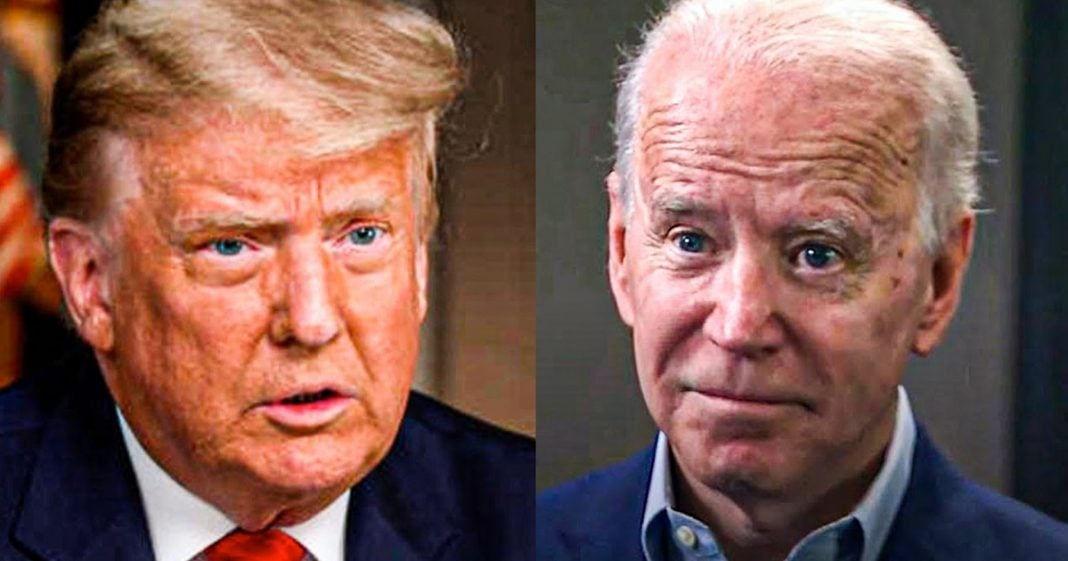 The transition is underway, and the Biden campaign is reporting that the White House is actually cooperating with their team. Well, everyone is except for President Trump, who continues to refuse to even speak to Joe Biden. These meetings between incoming and outgoing leaders have been common for decades, and it is often a show of goodwill to your predecessor. But we shouldn’t expect civility from Trump, and he doesn’t deserve ours, either, as Ring of Fire’s Farron Cousins explains.

Well folks, the transition is officially underway. Uh, the Biden campaign has come out and they have said that the white house is in fact cooperating fully with them for this transition. So it is happening. It is done Trump’s election challenges, even though those are still going on, we all know that those are going nowhere. He knows those are going nowhere. It is what it is. The transition is happening in everybody’s working together in the land of sunshine and puppy dogs. Except of course, according to reports, according to Joe Biden, Donald Trump himself, he is the only member of the administration who is not cooperating with the transition. And, uh, so far according to Biden, Trump has not once reached out to him. Personally. The two have not spoke at all. Although Biden says, but my chief of staff did talk to his chief of staff. And I got to tell you, dude, that’s the best you’re going to get.

Yeah, no, if you’re expecting Donald Trump to call you and say, Hey, you’d be good. We knew that elections overdue, uh, because you taking my job, he’s not even going to be that nice. He’s not going to talk to you. You know, all those wonderful photo ops that we have been getting over the years of the outgoing president, welcoming the incoming president, sitting together, nicely reporters, all over wonderful pictures, walking around the white house, acting like, Hey, I know we just had a tough fight or I know you just had a tough fight with my party, but you won. We’re going to be friends now. Yeah. That ain’t happening. And to be honest, maybe it’s for the best, right? Did we, you really need to see Obama walking around all chummy chummy with George W. Bush or bill Clinton after the eight years of Republican hell, they put him through do it it with George W. Bush or Obama doing it, trying to play nice with Trump.

I know, I know we, Democrats always tend to say, Ooh, take the high ground. You know, as a Michelle says, well, they go low. We go high, Nan. And then that’s, that’s why I, I’m pretty sure I’m not even a Democrat anymore. When they go low, we go down there with them so we can continue to beat the hell out of them all the way down. I’m sorry if some people don’t agree with that, but listen, you want to go high, go high, but just understand that you’re going to have folks like me and so many others of us on the left, we’re going to be fighting down in the trenches. We’re going to keep going low with them and we’re going to keep beating the tar out of them. And then when you have your victories, you can say, Oh, it’s cause we went high.

No it’s because you had us that continued to beat the hell out of these people. People that weren’t afraid to get their hands dirty. Cause I think that’s what this is. So even though Trump is doing it to be a , maybe this is the trend that we need. I need I’m no I’m in not favorite. All excuse me of, of delaying any kind of transition like Trump did, that should never happen, but we shouldn’t expect these rivals to be cordial to one another. We shouldn’t expect them to be buddies. We shouldn’t expect them to pass each other candy during the inauguration of the next person. No, let’s cut that out right now. Stop pretending that this country isn’t as divided as it is. And if you want to unite them, you’re not going to do it by shaking hands with your opponent. You’re going to do it by uniting them under policies, uniting them for a common good. Other than just for the sake of being nice. It takes no effort by the way, to just be nice to somebody it’s a hell of a lot more difficult to actually unite the right and the left under a string of polo. C’s that benefit everybody, but that’s okay. So we have to have, and until we have that, all this other stuff is window dry. So you may as well toss it out. Cause it doesn’t even matter.