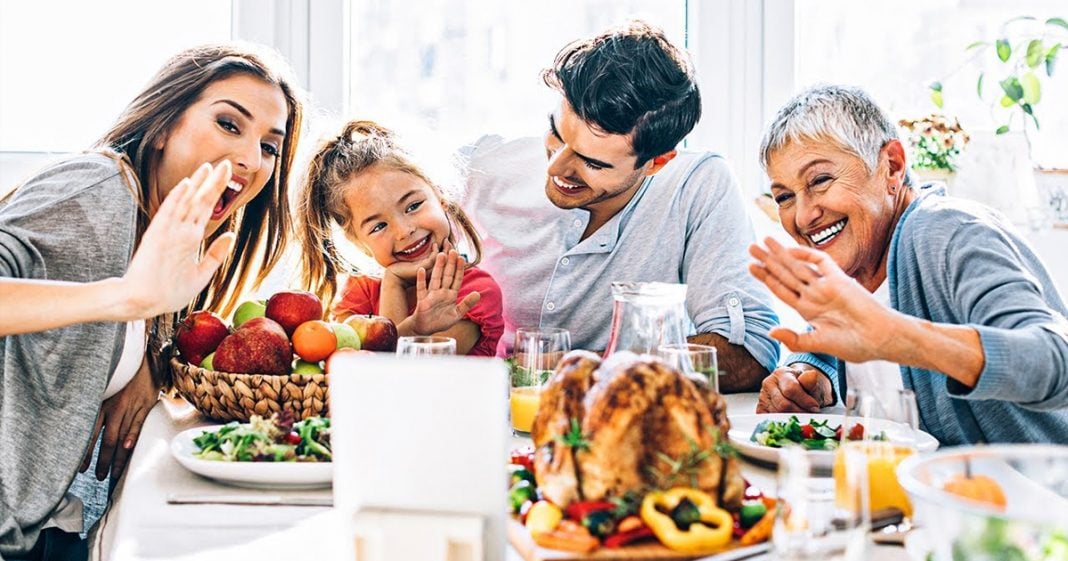 The CDC has said that people should not be traveling for the Thanksgiving holiday. Some areas of the country have outlawed gatherings. And Republicans are treating all of this as an attack on their freedoms. Meanwhile the Surgeon General of the United States issued a plea on Monday where he begged the American people to please “be smart” about traveling and gatherings this week, but from what we’ve seen so far, that isn’t likely to happen. Ring of Fire’s Farron Cousins discusses this.

On Monday, the surgeon general of the United States, a Jerome Adams appeared on good morning America to essentially beg the American public to please follow CDC guidelines and not hold massive gatherings for Thanksgiving. This year here is what the surgeon general of the United States had to say. He said, I want the American people to know that we’re at a dire point in our fight with this virus, by any measure, we’re seeing more Americans negatively impacted than ever before. I am asking Americans begging you, hold on just a little bit longer, keep Thanksgiving and the celebration, small and smart this year. We want everyone to understand that these holiday celebrations can be super spreader events. So we want them to be smart. And we want them to be as small as possible. Go to cdc.gov. Look at those tips for everyone. These apply to the white house. They apply to the American people. They apply to everyone.

Three one. The reason I’m talking about this issue today is because obviously tomorrow is Thanksgiving. We have seen photographs. We have seen videos of overcrowded airports. We have seen Republicans call for outright disobeying, any laws in your area. If they have laws against, you know, more than X number of people gathering, we’re frigging idiots as a country, we are Like Possibly one of the dumbest countries on the planet. And I’m not saying that as a joke, I am saying that in reality, you look at the American public as a whole, and we’re not a smart group. We really are not individually. Hell yeah, we have done amazing things. But as soon as you start putting more people together, we become the dumbest creatures on the planet. So I understand why the surgeon general went out there and literally said, I am begging you not to do this. But the American public has shoved their fingers up their nose and said, Walmart, do whatever I want. You have freedom. Like I don’t, I don’t know. We deserve whatever happens to us at this point. Like there’s no other way to say it. I am sick and tired of this. I’m sick and tired of sitting in this cramped room in my house, doing these videos every day.

Instead of in the, the wonderful studio in the office where I get to go. When I get to see other human beings and I get to not be stuck in my house for eight solid months, because at the same time I’m doing this, there’s other people out there acting like none of this ever happened. We’re eating in restaurants, we’re gathering, we’re having parties. We had big Halloween parties. We’re having big Thanksgiving. Why aren’t you coming? I don’t know. Maybe some of us are taking this seriously and getting super at the people who are not, I don’t know, maybe this has cabin fever setting and maybe you’re watching It happen in real time right now. But I am at the point of just saying the hell with it. We deserve whatever happens to us because we’re this friggin stupid. We truly are. And you can’t argue that point with me. We have seen the evidence. We have seen the evidence pouring in over the last eight months.

So the surgeon general can beg people to be smart, all he wants and they will be smart individually. Most of them, not all of them by any stretch, but as soon as you put them together, as soon as you give them a demagogue, a Charlie Kirk, or a Ted Cruz, or Donald Trump going out there and saying masks are oppression. It’s a war on Thanksgiving. As soon as you do that, these morons band together and say, yup, And Then it’s over. Then you got your super spreader event going. I’m tired of this. I’m tired of being the laughingstock of the world. I’m tired of living in a state, Florida run by a Republican governor, watching our numbers go skyrocketing, who says we’re not putting any new regulations in place. Go have fun. I’m done. I’m done. I simply just cannot muster the words anymore to explain how fed up I am with these idiotic Republicans and yeah. Folks. It’s all coming from the right. I’m sorry, but it is. But you’re destroying this country and you are making us look like a gaggle of morons on the global stage.