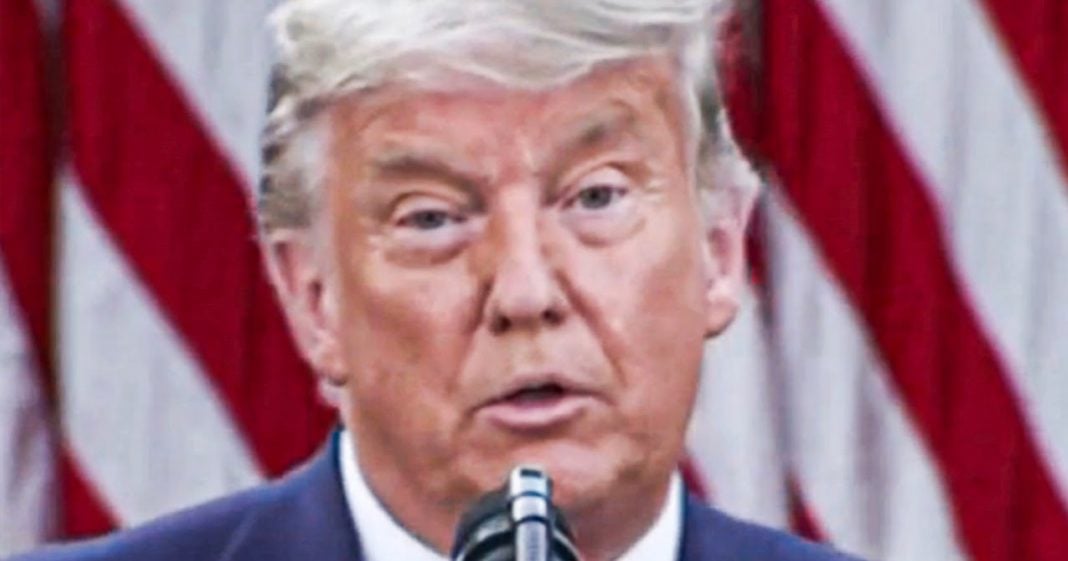 Now that the dust has pretty much settled on the 2020 election, it is clear that the election was a landslide for Joe Biden. But really, it wasn’t that people were in love with Biden – polls show that the REAL enthusiasm was in getting Donald Trump out of office. And while the number of people who came out to support Trump is troubling, the fact that there are still enough decent people in this country who stood up against him is reason to be optimistic. Ring of Fire’s Farron Cousins discusses this.

Now that the final vote totals are starting to come in. All of the recounts have pretty much wrapped up. We’re getting a very clear picture of just how badly Joe Biden wiped the four with Donald Trump in this year’s election. Now to say that it was a landslide for Joe Biden is technically not inaccurate, but I think a more accurate statement would be that this was a landslide against Donald Trump. See, here’s the, here’s the data. Here’s what we know. Uh, Joe Biden’s popular vote lead over Donald Trump is 51% to 47%, uh, which is, uh, one of the largest actually margins. We have seen in quite some time. Uh, this is the second largest one actually for the entire 21st century at a six presidential elections, uh, only Obama in 2008, beat that with a seven point gap between him and McCain. So that’s huge, obviously because we had the highest, uh, turnout in this election, highest total number of votes cast.

Joe Biden did receive more votes than any other person in history, but again, did Joe Biden really get those votes or did Trump get people voting against him? And I’m not trying to look, I’m not trying to rain on everybody’s parade, but at this point now that we know it’s kind of settled, we need to be realistic. This is not a referendum for Joe Biden to go out there and just be the beloved by the people. No, no, no, no, no. This is because everybody hated Trump so much. And the polls actually tell us that right now. You know, you got all these people out here who say, I didn’t vote for Biden. I voted against Donald Trump and that’s where we are right now. But again, staggering numbers here, you know, Biden’s ahead by 154,000 votes in Michigan. Trump only won Michigan by 10,000 votes in 2016.

Uh, got a lead of 81,000 votes in Pennsylvania, which is twice of what Trump had, uh, or double, excuse me, double what Trump had in 2016, uh, head by 20,000 votes in Wisconsin. Uh, Trump was up 23,000 in Wisconsin in 2016, but still pretty good. Um, also Biden’s got the leads in Arizona and Georgia here. Uh, yeah, that is a landslide. But again, it’s not because people were chomping at the bit to get a little bit of Biden people, majority of people in this country looked at the last four years and they said, you know what? I’m done. I’ve had enough. I’m not going to do it again. But you know what? That is a reason to be hopeful. That is a reason to be optimistic because yeah, Trump got 71 plus million votes and that’s terrifying, but there were more of Austin, more of them than there were of them.

Excuse me, more of us than there were of them. That’s a reason to be hopeful. That’s a reason to carry a little bit of optimism with us. We know Joe, Biden’s not going to be the greatest president ever. He is likely going to go down as a very mediocre average guy that people forget about 10 years from now that that’s probably what’s going to happen. He has the opportunity to be great, but he’s refusing to do that. So it is what it is. We have to accept reality. But the other reality is that most people in this country looked at the last four years and they said, we can’t do that again. This has been horrible. This has been embarrassing. We’re not going to be that. And even though 70 million plus said, we like it. More people said they didn’t, I’ll take that as a victory any day of the week.