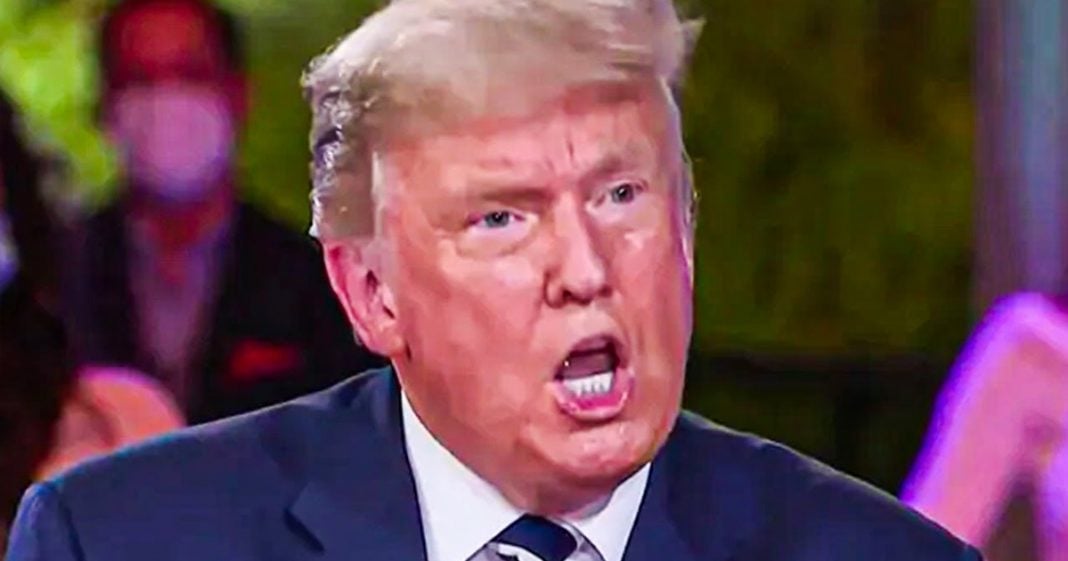 Republican national security experts, including some former administration officials for Republican Presidents, are calling on Donald Trump to finally admit defeat and concede that he lost to Joe Biden. Until the President agrees to allow the transition to happen, Biden’s team are unable to get the necessary security clearances, which could put the administration grossly behind schedule as soon as they are sworn in. Ring of Fire’s Farron Cousins explains what’s happening.

More than 100 Republican national security experts and former national security, uh, staffers for Republican administrations have now come forward and they’re begging Donald Trump to do what everybody sees he needs to do. And that is concede that you lost this election, that you are in fact, they loser so that we can all move on. And most importantly, show that we can get the Biden transition under way. Now, I know a lot of people out there don’t necessarily understand the significance of the transition, the transition team and all that. But here’s the thing that most frustrates these security experts. Again, they’re all Republicans. Uh, they understand the fact that you have a team coming in with Biden that has to get these security clearances. If they do not get these security clearances, they’re not going to be able to do their jobs because they’re not going to have all the intelligence.

And this typically happens during the transition. Remember all the issues that Trump’s people had getting these security clearances because of all the, the conflicts of interest, the potential for blackmail, that a lot of them hadn’t, most of them ended up having to operate on a temporary basis because they simply couldn’t get it. Chaired Cushner kept filling out his form wrong and lying about things. And eventually Trump had to force them to give him the clearance. Yeah. Biden’s people need those things. And I don’t think Biden’s people are going to have the problems that Trump’s people had, mostly because Biden’s just picking people who for the most part have already served in government. Anyway, because God forbid we have new voices anywhere. So he’s just picking the same old, same old people, but they have to have those security clearances, the intelligence with regards to foreign policy, domestic policy hell with the pandemic even changes on a near constant basis.

So just because these people had access to these materials, you know, four years ago, eight years ago, some of them, it doesn’t mean that they know what’s happening in the world today. They can read all the news they want. They can talk to their friends as much as they want. They’re not able to get the insight intelligence once they leave the administration. So they have to have these clearances, especially when you consider what this country is going through right now, when you consider the fact that we have have these ongoing Wars in the middle East, that Trump is actually considering escalating at this point, because he’s so mad at the American public. And he’s trying to sabotage everything with Iran. Biden’s people need to be aware of what’s happening, what has been happening so that they can come up with a plan. That’s not going to result in world war as soon as they come into office.

That’s the problem here. That’s why this matter, this isn’t, this isn’t just Donald Trump throwing a temper tantrum. This is a matter of national security and sure. If Republicans had any scruples, they would be banding together, going on every major talk show in this country, screaming at the top of their lungs for Trump to admit defeat just like these a hundred national security experts are doing. But unfortunately there’s not enough people in the Republican party with enough sense or enough spine to actually stand up and do that. So we get things like this. We get a letter, we get, Oh, you signed your name on it. Yay. You did everything you’re supposed to. That makes up for decades of being horrible. Now it doesn’t, you really want to make a stink, get out there and make a stink. But if not, you can keep your letters to yourself. Cause they really don’t mean squat at the end of the day.