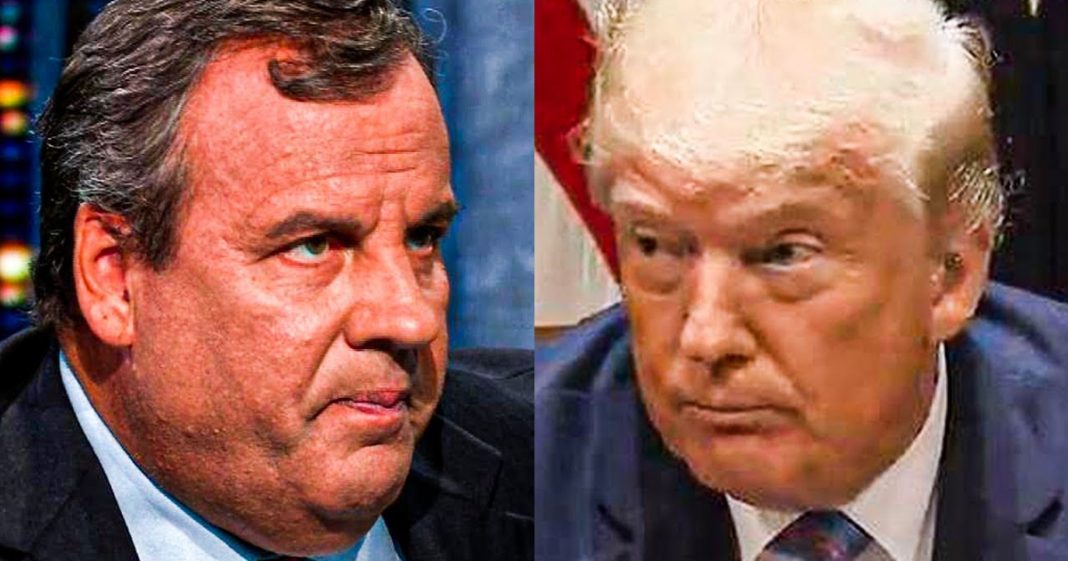 Former New Jersey governor Chris Christie has joined the ranks of the individuals that are tired of Trump’s legal antics, and this past weekend he referred to Trump’s legal team as a “national embarrassment.” We have to remember that the entire world is watching what is happening right now, and these are the countries that we need to forge relationships with in order to be successful outside our borders. Ring of Fire’s Farron Cousins explains why this matters.

This past Sunday on ABC’s this week, hosted by George Stephanopoulos, a former New Jersey governor, Chris Christie, formerly also I think a good Republican friend of Donald Trump’s. Chris Christie finally admitted what the rest of the country has been saying for two weeks. And that is that Trump and his legal team and all their legal challenges are quote national embarrassments. Here’s what Chris Christie had to save verbatim. Uh, Stephanopoulos asked him, is it finally time for this to end Christie’s response? Yes. The president has had an opportunity to access the courts. And I said to you, you know, George starting at 2:30 AM on Wednesday morning. If you’ve got the evidence of fraud present it and what’s happened there. Uh, here is quite frankly the conduct of the president’s legal team has been a national embarrassment. Oh yeah. You’re not wrong about that, Christie. You’re not, although what I do want to say is this whole Republican argument that we’ve seen, we’ve seen Chris Christie make it, you know, we have seen, uh, Ted Cruz make it, we have seen Rubio, make it all these, you know, people who still want to have a future in politics.

They say, well, listen, Hey, he’s got the right to take this thing to court. He’s got the right to challenge these things. It’s within his constitutional rights, his legal rights. He can do this. Let’s see how it plays out. Here’s the thing though. You really, I guess on paper, technically you do, but in practice, you really don’t. You don’t get to just go into court and be like, hi, your honor. I’m not happy that I lost K. That’s what The Trump legal team has done. You don’t have a right to do that. I’m sorry, but you don’t. If you have legitimate grievances, if you had actual evidence, if you knew for a fact or had a good idea, more than just crazy Republican hearsay, then you’d have a right to go to court. But no, you don’t have a right to just walk into a court and say, I’m not happy about a thing.

Oh, well that’s life With it. Like a grownup. So no saying Trump has legal right to do this. That’s total BS argument made by people who are too weak to take a stand. And that’s what Chris Christie was last week, 2:30 AM on Wednesday. According to him, if he has opened his loan and presented of note, and then on Sunday. Yeah, they’re a national embarrassment. Chris they’ve always been a national embarrassment. Rudy Giuliani has been an international embarrassment throughout this entire Trump administration. And that’s the Thing we have to consider folks. This isn’t just national. It’s not just us watching in horror as Trump attempts to solve CU. And as his legal team goes out there, it looks like the dumbest lawyers, you know, even the Simpsons, couldn’t write a lawyer this stupid, But internationally. What do they think? I know we’ve got a Lot of international viewers here. I am curious to know, like, what’s the media in your country reporting on this Because these are the kinds Of things that American media would hype up.

If this were happening in another country, right? Say, you know, if this was, um, Venezuela, Ron, Oh boy, we would be ready to send in the troops to any country going through what we’re seeing right now. And yet here we are in this same position with a right wing authoritarian sitting at the top refusing to abdicate Power. Yeah. We would have already bombed the hell out of any other country attempting to do this same thing. So I am curious to know what international media is saying about this and what average National citizens have to say about it because this isn’t just National embarrassment. It isn’t just us sitting here looking on in horror. It’s the people that we need to make treaties with. It’s the people that we have to have trade with. They’re looking at us like we are now some kind of banana Republic being controlled by this authoritarian leader on the same level of Kim Jong-un Damage is being done right now. Real damage. I don’t know how long it’s going to take for it to be undone. Once we get this crazy Person out of the white house.