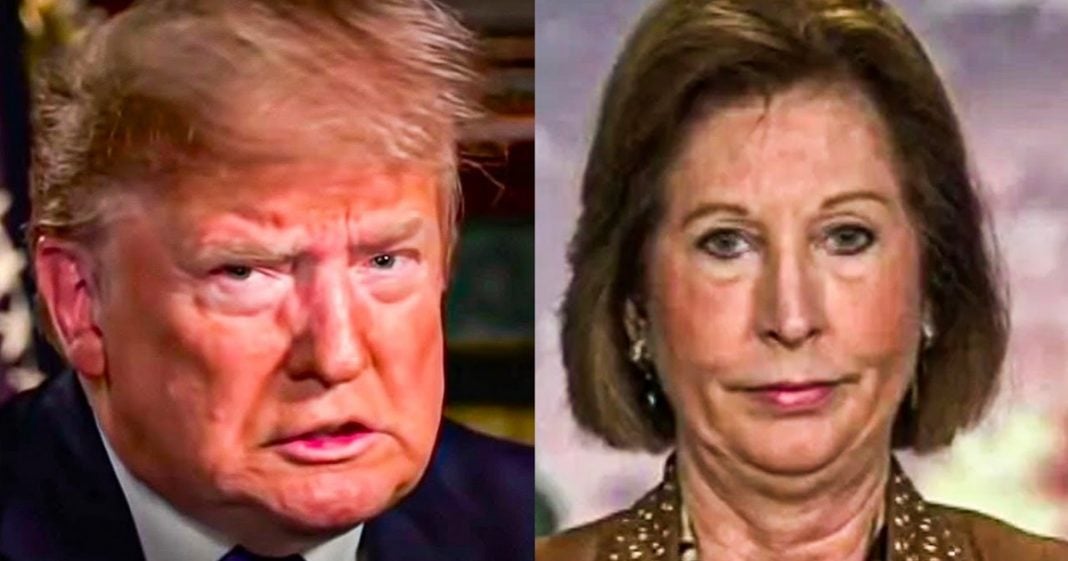 Sidney Powell, the Trump lawyer who said last week at a press conference that Hugo Chavez, George Soros, and the Clinton Foundation somehow rigged the election for Joe Biden is now no longer a part of the Trump legal team. Rudy Giuliani issues a brief press statement over the weekend distancing himself from Powell, but the whole country already saw her on stage next to his melting face spewing insane conspiracy theories. Ring of Fire’s Farron Cousins explains what’s happening.

You know, no matter how much we say that Donald Trump’s legal team led by Rudy Giuliani, no matter how much we say that it’s incompetent. It never actually is able to really convey just how incompetent these people are. Uh, we saw more of that incompetence emerge on Sunday when Rudy Giuliani through the official Trump campaign issued a press statement that said, uh, mrs. Sidney Powell is practicing law on her own. She’s not a member of the Trump legal team. She’s also not a lawyer for the president in his personal capacity. Now, if you’re confused as to who Sidney Powell is, uh, well, you haven’t been paying attention for the past week. Sidney Powell is the woman who stood right next to Rudy Giuliani, as he was quite literally melting his face off, uh, during that press conference at the RNC headquarters last week where she said that, uh, Hugo Chavez who’s been dead for seven years.

So I guess the ghost of Hugo Chavez, George Soros and the Clinton foundation somehow were creating ballots for Joe Biden, suppressing Trump votes. I don’t know exactly how the conspiracy theory from this attorney, Sidney Powell works, but that’s what she told the country. She said that in her press conference, and then a couple of days ticked by, and then finally, Rudy Giuliani. He’s like, wait a minute. That was insane. I have to get in front of this. So four or five days later, whatever it is, Sunday, he comes out and he says, Ooh, Whoa, Whoa, Whoa, who is this? I don’t know. It’s not working with me. She’s just a lawyer. I don’t know, stop representing Trump or the camp. So what happened, Rudy? Did she just like wander into the press conference, wander into the RNC headquarters and start spouting all these crazy things that you stood right next to her and were nodding your head like, yep.

That’s what happened. Hugo Chavez, the coast, we saw it called the ghost busters. They did nothing. And then of course you had the Republican national committees, Twitter account, uh, tweet out praise for her too. So what’s going on? Who are the actual lawyers is just anybody allowed to come and do these press conferences. I’m confused as to what’s happening here as is the rest of the country. It’s no wonder that you’ve literally lost every single case that you’ve brought in front of a judge. You guys are morons. And even the morons that aren’t even technically working for you are incompetent. Like you are. I don’t know. I’m running out of words to describe how comical this is. If it, of course, weren’t also terrifying at the same time, because we can’t forget that they are attempting a coup here. Okay. That’s always the underlying issue.

They’re not going to succeed. Obviously, you know, you’ve put quite possibly the dumbest people in America, Rudy Giuliani, Sidney Powell, who may or may not working for you and Jenna Ellis. You’ve put them in charge of your CU. I, that is a recipe for disaster. So all I can figure at this point is that Trump hates these people. And all he’s trying to do is humiliate them. He’s not actually trying to overturn the election at this point. He wants these three individuals to suffer that that is the only logical conclusion I can draw because you can’t put any one of these individuals on a real legal team and expect it to be successful. No, that’s not possible. Nobody would actually think that that is something you could do. You only do that when you’re trying to humiliate them. So I have to assume at this point, that that is Trump’s goal not to overturn the election, but just to make these three lawyers look like total morons for the next few weeks.