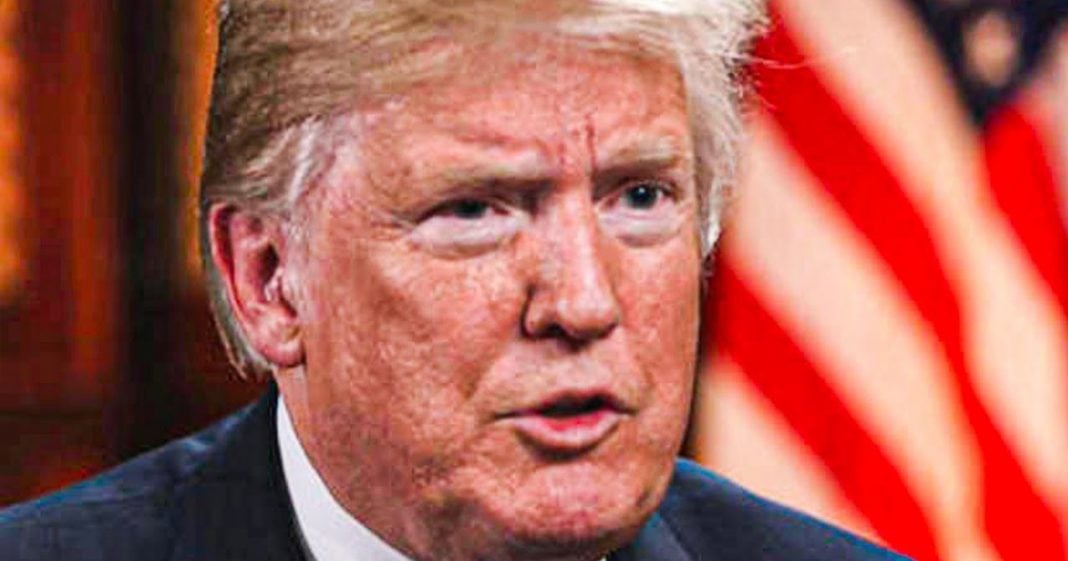 There is no question that Donald Trump is attempting a coup, but there’s also little doubt that the whole thing is going to fail and make him look like an idiot. So the question is: How seriously should we be taking this attempted coup? The answer varies greatly, depending on who you ask, so we need to look at all the moving parts and find out where the real damage is being done, and what can be done to stop it. Ring of Fire’s Farron Cousins discusses this.

All right. So for the last couple of weeks here, we have seen people talking people on the left people on the right, everyone in the center, everybody’s talking about the coup you know, is this a serious COO? Is this something we need to be panicking about? Is this something that we need to laugh at? As, as something we need to ignore? I have issued my thoughts on this. Um, I have critiqued some folks to my left some folks to my right, because personally, I believe that this a coup attempt to overturn the election result, it is designed to fail. And I think everybody at this point is now finally on that same page, we know there’s nothing. This man is going to do to get the election reversed and get another four years in office. He can run again in 2020, for sure. And that’s a conversation we’ll have at that time.

But right now, this coup attempt is designed to fail. And we know that because they have now lost every single court case they have filed, which is more than 30 at this point, almost three dozen. They’ve lost everyone because they have no evidence, even right wing judges appointed by Trump himself have thrown this out. So I’m not worried about the Supreme in court. I’m not worried about any courts. This has no chance of succeeding. So should we be concerned about it? Well, to a degree, yes, but not about the coup about what it’s doing to Trump’s followers. Now we have seen Sterling reports coming out for the last two weeks of Trump’s supporters saying that they’re willing to take up arms if he tells them to do so against the federal government. We have seen poll after poll showing that a majority of Republicans think, yeah, this election wasn’t free and fair.

There may have been some shenanigans. None of this is supported by any evidence, but they have repeated this lie so much. And according to Donald Trump’s knees, Mary, he has repeated the lie to himself enough that I’ll believe it. So no matter the outcome of these court cases, even though we know what the outcome will be, the damage it’s done with the population is there. That is the scary part. That is the thing we do have to be concerned about. That is where we need to focus our efforts. So what are those efforts? Well, first and foremost, things that we have absolutely no control over. And that is the corporate media, as I say said, and I said this just a few days after the election. And I’ve seen other people come out and say it since then, but trust me, I swear. I’ve been saying it longer.

The corporate media needs Trump. They have enjoyed as well. Have the rest of us don’t get me wrong. It has been good. They have enjoyed unprecedented levels of viewership and advertising dollars with Donald Trump in office. Because everybody wants to tune into the reality show. That’s why reality shows are popular. It sucks for us. We hate covering it. We hate talking about it, but he’s the president. It’s news of the day. We got to do it. A lot of us are ready to move on, though. We don’t care. We don’t care about the clicks. We don’t care about the ad dollars. We just want to talk about issues that matter to the people. But the corporate media is not like that. They don’t care about the issues at all. Never have. They need the eyeballs. Eyeballs are money. So they’re trying to drag this out. They’re trying to convince you that this is a serious coup attempt that this could somehow actually change the outcome of the election.

It’s not true, but the more they feed it, the more they show these Trump press conferences. The more they show Rudy Giuliani talking in front of whatever shop he was able to rent that day. It feeds the public hysteria. It feeds the angry Republicans. It feeds the fear and the left stop doing it. That’s it. That’s the solution. You remove the aggravating source. It’s actually what dr. Bandy Lee, you said in a recent interview with DC report on raw story, remove the source sources, media sources, Donald Trump’s Twitter feed. Twitter could cut them off right now. And honestly, I think that would be the end of it. If Twitter suspended Trump’s account right now, it’d be done. It’d be done. His political career would be done if he didn’t have Twitter, that’s how powerful that single account has become. But Twitter won’t do it because we are the world leader.

Yeah. He’s fomenting chaos in this country, but sure. Let that happen. It’s on you. It’s on Twitter. It’s on corporate media and it’s on anybody else feeding into the hysteria. We do need to worry about what the Trump supporters could do. That is always a fear that we have to keep one eye on. But in terms of the actual coup itself, the overturning of the election, there is literally no chance in hell that that is ever going to happen. So that’s not something we need to worry about. Well, we do need to worry about is the damage being done to the institutions, but more importantly, the damage being done to people’s brains across the country.