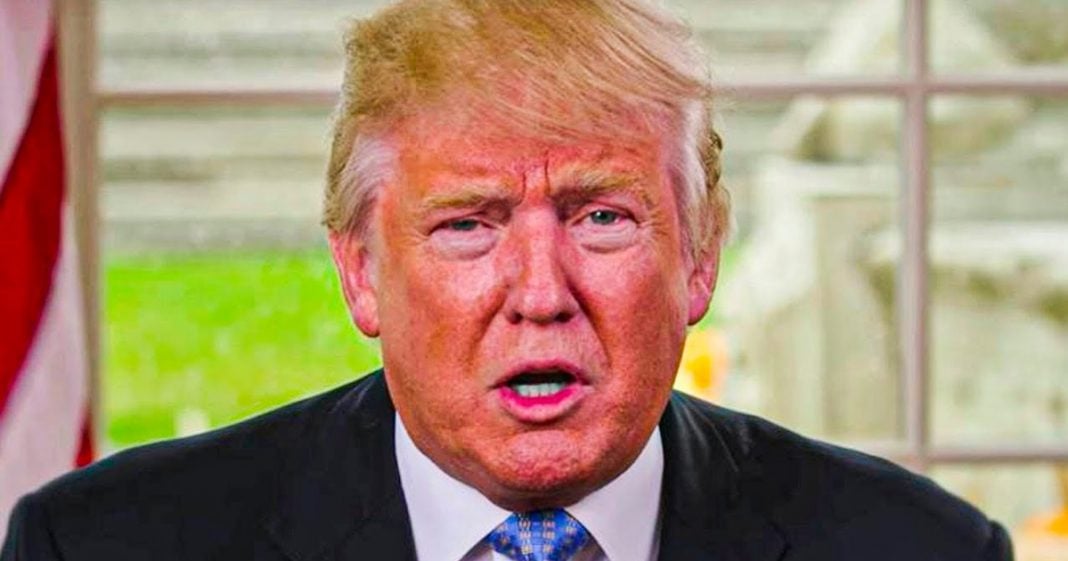 According to election officials in Wisconsin, the Trump team’s ballot observers have become a major nuisance and their antics are hindering the abilities of the vote counters. In short, Trump’s people are causing chaos and delaying the inevitable. This isn’t an accident; This is exactly what the Trump campaign wanted to happen in these areas if it looked like Trump wasn’t going to win. Ring of Fire’s Farron Cousins discusses this.

The Trump campaign has spent $3 million forcing two democratic leaning counties in the state of Wisconsin to go through recalls counties of Milwaukee and dang, and as such, since they paid for it, obviously in a recount as official each campaign gets to have their, uh, observers present to make sure everything’s on the up and up, right? So Biden sends in his people and Trump has sent in his people. And according to reports, Trump’s people are doing nothing but interrupting the process and essentially causing chaos to the point where it’s difficult for the vote counters to even count the Votes. Now, these Are two counties by the way, that Trump lost by 36 points in 2016, he has no chance of winning these, but what he’s doing by, by forcing the recount by paying $3 million for the recount is preventing the certification. So that way you can’t give Biden the state, you can’t certify the overall election yet. Ha I’m delaying the inevitable.

That’s what this is. It’s delaying the inevitable. And because they know that you can actually count these things rather quickly, especially since it’s not a statewide, just a couple of counties here, uh, they’re trying to disrupt. And according to these reports, by the associated press, in some instances you have had the Trump observers object to every single ballot that gets pulled, you know, the one at a time and they say, okay, well here’s one for BA uh, Biden. I object. I want to see this. I want to do signature match. So they’re making the process of counting one single ballot, instead of it, lasting seconds is now lasting minutes. The report also says that these Trump observers are going up and they’re interrupting and they’re asking questions and they’re getting closer than they’re allowed to. They are causing chaos And it’s not Accidental.

These people were sent there for that particular purpose. That is what he wants them to do. He wants this thing to take as long as possible. He wants to not be a lame duck for as long as he possibly can, but that’s not how this Works. He can Do whatever he wants right now. And that’s what sucks. This whole process has been exposed as being fundamentally broken by Trump’s actions. You should not be able to just call for a recall just because you feel like calling for a recall. You know, you didn’t win these County. You’ve never won these counties. These counties by 36% rejected you, you’re not going to win at a recount. This is ridiculous. This is ridiculous.

And the worst part of it About all this is folks. If we didn’t have the electoral college, none of this would have mattered. The election would have been over actually on election night, but instead we have to go through the city process of, Oh, we’ll do look Toro votes here. And then these here are no, but even though he’s winning by 6 million votes at this point, he may not be, we are such a banana Republic. And each year that goes by eats each election that goes by. We start to see more and more of it. How, how we as a country are sticking to this inherently flawed system created, you know, 250 years ago by a bunch of racist slave owners. And we’re just letting ourselves be held hostage by the past for no reason. Other than we like to think of ourselves as big, bad freedom, loving Americans, but truth be told we’re terrified of any kind of change.