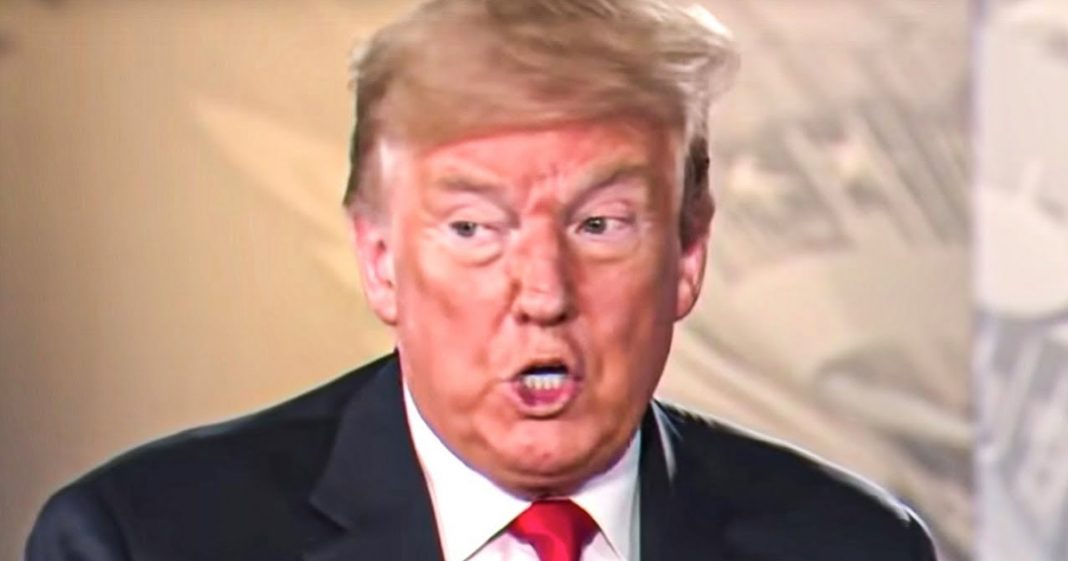 According to a leaked White House report, the federal government understands that Trump’s response to the Coronavirus pandemic has been absolutely inadequate. The problem the country is facing right now is that he is continuing to allow the crisis to grow because he is too consumed with pretending the election was stolen from him. Ring of Fire’s Farron Cousins discusses this.

The United States passed a grim milestone this week on Wednesday. Uh, we officially hit a quarter million dead Americans during the coronavirus pandemic 250,000 Americans have now died. Actually more than that now, uh, from this illness and according to a leaked copy of an internal white house COVID task force report, they knew this was going to happen because according to this report, the white house’s efforts at mitigation are quote, inadequate and must be increased. That’s the overall finding of this leaked memo that was leaked to the media. Wasn’t released to the pub. Cause you know, they don’t want us to know how crappy they’re doing, but the key word there is inadequate. And that should be the word used to describe Donald Trump. And no, I’m not just talking about what stormy Daniels told us. I am talking about this entire administration, everything this man has attempted to do has been inadequate, not quite good enough

Most of the time, because he’s just blowing smoke and has no intention to actually do the things he says he’s going to do. But with this pandemic, he’s done nothing. Oh, you’ve got Don jr. Out there touting a, uh, operation warp speed on Friday. All that was was you gave a bunch of money to billionaire drug companies. Like you gave billions of dollars to companies that are already sitting on billions of dollars in cash and said, ah, make a vaccine. Other than that, what did you do? You confiscated medical equipment that was going to hospitals who needed it. And you redirect it to hospitals who didn’t necessarily need it. The state of Florida was gifted so many ventilators in the early days of this pandemic while New York couldn’t find one to save their own lives. Literally that’s because that is the only thing you did.

You gave billions of dollars away and you took equipment from where it was needed and gave it to right-wing governors. That’s what your D that’s what your administration did. That’s nothing to be proud of. That’s inadequate in terms of enacting any kind of federal standards, you said, okay, nobody from Jane is going to come in and everybody was mad when he said nobody from Chinese coming in. Now you see what we were mad about was it? She didn’t do it enough because you actually did still allow people to come in from China. It wasn’t a complete ban. You allowed people to come in from other countries. You allowed Americans to go overseas and come back. You didn’t ban the cruise ships from docking and letting other people off, down here in South Florida, you did nothing. And it got worse. And now Americans Aren’t even allowed to travel to most other countries anymore. We are the dirty Foreigners bringing diseases. I guess our history has come full circle at this point then, huh? That’s how we started this country. And maybe that’s how we’ll end this country. And it’s all thanks to Donald Trump and his inadequate presidency.