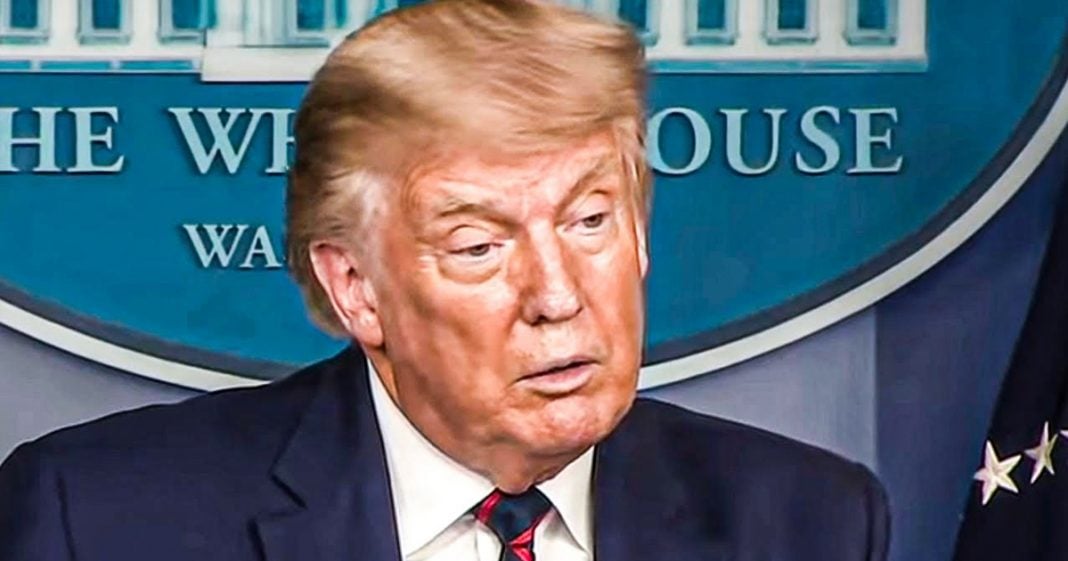 Donald Trump’s claims of voter fraud and dead people voting aren’t holding up in court, and rather than have to answer questions from anyone himself, he has decided to lock himself in the White House and not be seen by anyone. Officials have referred to what’s happening as the President having a “bunker mentality,” and it isn’t making him look any better. Ring of Fire’s Farron Cousins explains what’s happening.

As Donald Trump’s claims of voter fraud continue to fall apart in courtroom, after courtroom all across the United States, he has taken to going into hiding so that he doesn’t actually have to face the public. Uh, for most of the last two weeks, he has been not seen by the public he’s hiding. He is terrified. He is scared. And so he’s sitting inside the white house in what officials are calling his bunker mentality. That’s the phrase. They used bunker mentality, yelling on Twitter. And of course watching Fox news and one America news network, though, he’s doing those two things as well. But, uh, mostly just yelling on Twitter about things that he knows are not true. He scared he is a terrified little rat backed into a corner with the exterminator standing right there. There is no way out. There is no exit. There is no escape, so he can hiss.

He can spit, he can bite it. Everybody he wants to, it’s not going to change the inevitable. And the inevitable is that he’s getting evicted. He’s losing the title. He is losing the protections and that folks is what scares him more than anything else. He knows that there is nothing. He can do any more to save himself from the investigations that are coming. That’s what he is afraid of. He’s not afraid of losing the title. He’s not afraid of not being able to talk to his good buddy, Kim Jong-un anymore. He’s afraid of what might be on the horizon. And that tells us everything we need to know about what is on the horizon. But you know, the real irony about all of this, none of it would have happened. Had he never run for president? You know, we wouldn’t have had reason to start looking at his bank records, start thinking that maybe some of the money coming in is not legit or that maybe he’s lying to the, to the IRS, or maybe he’s lying to the banks.

We wouldn’t have even thought that that was a possibility until he ran for president, did some corrupt things. Those had to be investigated, which revealed more and more and more and more. And it just snowballed for there, from him, this crisis that he is now currently having to face. Once he leaves office is by his own design. As I have said repeatedly, this guy is Icarus. You flew too close to the sun because of your hubris. And you’re crashing back down to earth while we speak. Now, you haven’t crashed yet. We were watching when you fall, though, we’re watching you gently flapping your wings. Thinking yous can still fly that you might be able to save this, but it ain’t going to work, man. There’s nothing you can do. Your wings are broken, you’re falling. You’re going to come crashing down any minute now. And you have nobody to blame for that. But yourself.