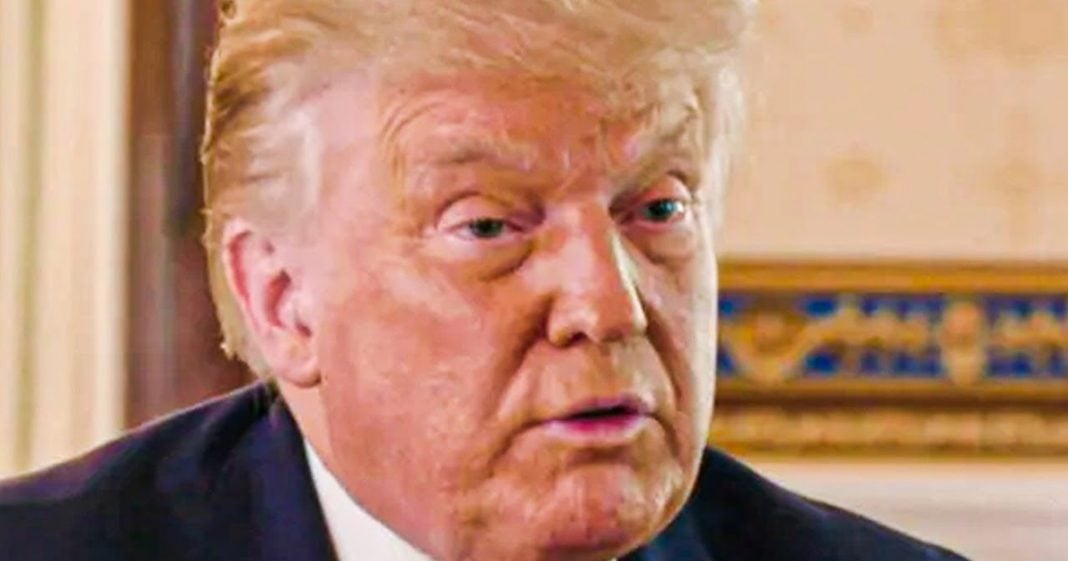 Georgia’s Republican Secretary of State says that Donald Trump is the one who lost the election for himself, and the data is there to back up this claim. Trump spent months convincing Republicans that voting by mail wasn’t safe, so they simply didn’t do it, and then they didn’t show up in large enough numbers on election day to counter the insane amount of mail-in votes that Democrats submitted, therefore costing him the election. Ring of Fire’s Farron Cousins talks about the poetic justice of this  situation.

Georgia’s Republican secretary of state, Brad Raffensperger is not holding back his thoughts about Donald Trump and Donald. Trump’s not holding back his thoughts about Raffensperger. Uh, Trump has spent the week telling us that Raffin Spurger is, uh, you know, letting dead people’s votes count, letting dominion voting machines change the vote totals, accusing him of suppressing Trump votes. While at the same time Republicans like Lindsey Graham are calling him and saying, Hey, can you just throw away democratic votes, please? You know, essentially committing felonies so that Donald Trump can get a couple more electoral votes that won’t even ultimately change the outcome of the elect. Sure. Whatever. Uh, it’s all a bit ridiculous. And it’s all hurting the chances of the two Republican incumbents who are heading towards Senate runoffs in January, but Raffensperger this week lashed back out with, uh, at Trump and he actually made a good point to Trump, which Trump obviously doesn’t like when people make good points to counter his points about why he actually lost the election, including the state of Georgia. And that is simple. You spent months, months trying to tell Republicans don’t vote by mail because it can’t be trusted. And then of course, Republicans didn’t vote by mail Democrats did. And those are the votes that flipped the state to blue.

Could it really be that simple folks? Yes, actually it could, you know, we saw the absentee votes, the vote by mail. All of that was hugely benefiting. The Democrats election night rolled around the voting in person hugely, uh, went for Donald Trump, but then all those remaining absentee ballots still had to be counted. The vote by mail had to be counted. And that’s when Biden and retook a major lead. That is what happened. And yes, a large part of it is due to the fact Raffensperger said, because Trump’s spent months telling people this can’t be trusted. This isn’t the way to go. Please do not do this. So his supporters didn’t, they waited for election day and most of them showed up. Some of them were unable to, for one reason or another, that’s what happened. And it’s those people who weren’t able to get there on election day, but may have been able to vote by mail, but didn’t because he told him to it’s that slim margin that made the difference.

Trump did that to himself, his embrace of conspiracy theories, because that’s what this was about voting by mail. That’s what did him in his hubris, his arrogance, he was Icarus flying too close to the sun and he melted his wings. You understand the poetic justice of this folks because we are truly looking at at an Epic, you know, an Aesop fable that teaches us a lesson at the end. We’re living it in real time here. That’s what Donald Trump is. It’s a lesson against the arrogance against the hubris against conning people. And then eventually the con consumes you to, it becomes your undoing. That’s happened with Donald Trump. So I hope everybody is taking these lessons hands to heart, because if they’re not, we’re going to end up with something far worse than Donald Trump, four years from now.