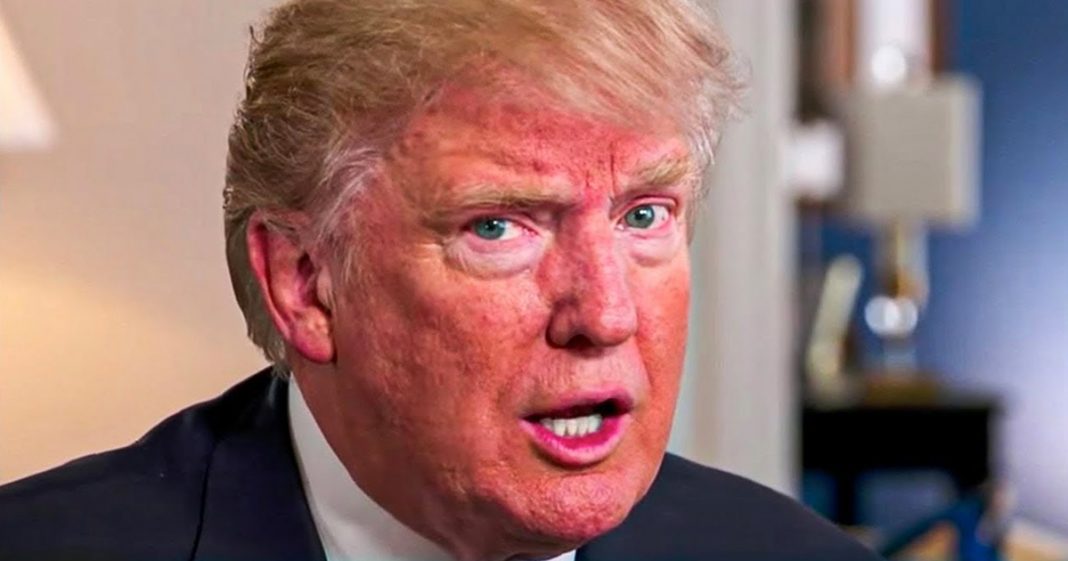 According to interviews with Politico, there are plenty of Texas Republicans who are willing to take up arms and launch an insurrection against the United States if Donald Trump gives them the order to do so. These people are clearly unwell, and the kinds of people who were saying that they would join in the government takeover is actually quite shocking. Ring of Fire’s Farron Cousins discusses this.

This week Reuters did interviews with dozens and dozens and dozens of Trump supporters across the country. And what Reuters found in their selection of these, uh, Trump supporters was not only did 100% of them. Every single one of them believe Trump lies, uh, Trump’s lies, excuse me, about the election being stolen. Every single one of them believed that Trump actually won, but an unsettling majority of them are willing. If Trump tells them to, to take up arms and start to fight, literally they’re saying they’re ready to launch an insurrection, I guess, against the government of the United States itself, all Trump has to do is tell them to do it. That’s Not the scariest part, right?

We would expect that, you know, from some of these idiotic rednecks, like we have over here in Florida and you see them across the South, over in Texas, driving their big pickup trucks, you know, don’t really have any kind of stable job to speak of just kind of going wherever, flying by the seat of their pants. Maybe you got their big Trump flags on the back of their trucks. We expect it from these people. And I’m sorry if I’m stereotyping anybody, I’m definitely not trying to, but you see what I mean? Uh, but here, one of them, Texas based chiropractor, Brett fryer says he has joined a militia group called the South Plains Patriots who were conducting firearms training sessions in case they need to stage an armed revolt against the American government. If president and this is a direct quote. If president Trump comes out and says, guys, I have era fruit, air, irrefutable, proof of fraud, the courts won’t listen. And now I’m calling America to take up arms. We would go was a direct quote from this man. He says he has irrefutable proof. The courts aren’t listening. So the first two criteria already met. He doesn’t have proof, but you see what that dude said. It’s not. If he produces irrefutable proof, if he says he has it, he’s also a chiropractor. And that’s the point I’m getting at. This is a white collar educated individual.

That’s, what’s scary. This isn’t limited to what lot of people like to think is, Oh, it’s just the Backwoods Hicks that say things like this. Nope, Nope. This mindset has now infiltrated the white collar world. And sure, this guys in Texas things are a little different in Texas. That doesn’t mean that he didn’t go to extra school. That doesn’t mean that he’s not educated. He absolutely is. He works in a profession that makes decent money. Yeah, not rich as say a doctor, but still a good living. And when you have this, this mentality of let’s take up arms against the federal government that now is all encompassing. Like it’s not relegated to a certain group or a certain demographic or a certain geographic location. You got problems. This is the coup, this is what Donald Trump has been trying to do since day one, he knows his base is a low information base. And that doesn’t mean they’re stupid. It just means that these are individuals who do not go out there and seek out further information to expand their horizons or broaden their knowledge base.

They take what they’re given at face value and run with it. And that’s why they’re attracted to a guy like Donald Trump. He can tell them the sky is orange and they will forever go the rest of their lives saying the sky is orange. Why are you guys saying it’s blue? It’s orange. We were told it’s orange. Cause they don’t have the critical thinking skills to do this. Oh, it’s blue. Most internet to debunk what Trump says are almost that simple folks. I know I do them every day and have for four and a half years. But nevertheless, this mindset is terrifying. The fact that it is spreading is terrifying. The fact that you can’t just pinpoint one group of individuals and say, okay, it’s it’s these folks and that’s okay. It’s small. It’s not, it’s growing. It’s terrifying. And they are ready to do the unspeakable. If Trump tells them to.