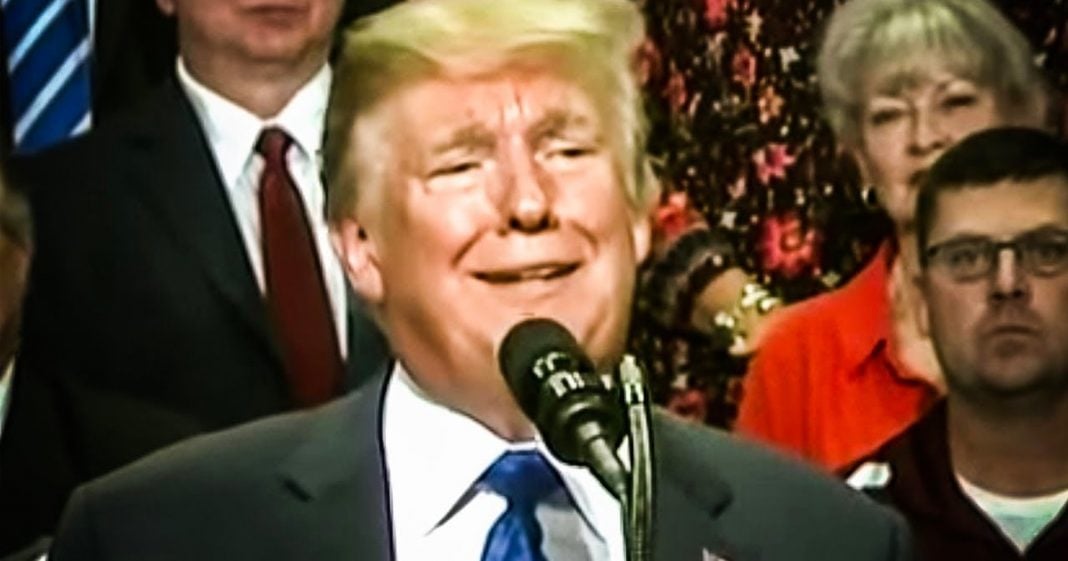 In the latest round of polling, not even half of Americans believe that Donald Trump should concede the election to Joe Biden right now. A mind-blowing 32% of people think that he should have to prove that voter fraud took place or didn’t take place before he concedes, and that is the number we should be concerned about. There was no widespread voter fraud, but too many people are already sold on the idea that there was. Ring of Fire’s Farron Cousins discusses this.

If you were looking to lose just a little bit more faith in humanity, then I need to direct you to the latest morning consult poll that shows that only 46% of Americans believe that Donald Trump should immediately concede to Joe Biden, that he lost the 20, 20 election only 46% couldn’t even get it to half. Couldn’t even get half of people in this country to say, yes, he should concede to Joe Biden. But 46% is a plurality because 32% say that he should concede. If he’s unable to prove that the massive voter fraud that he says took place actually took place. That’s that’s the number that should make you lose, lose faith in humanity in Americans, really 32% say, well, if you can’t prove the voter fraud, then I guess you should concede the good news. The good news is that his claims of voter fraud have fallen apart in court.

His administration has not been able to point to one single credible instance of voter fraud. So the courts aren’t buying it. He’s not going anywhere with the lawsuits, but at the end of the day, he also knows that that I hate to say it. Folks put his strategies working because his strategy has never been about convincing the courts that he actually won the election. It’s been about convincing the public that he actually won the election. And right now, 32% of people in this country say, you know what? You know, if you can’t prove that it was stolen, then you got to concede. That means that 32% are still on the fence about whether, I mean, maybe, maybe there was there, maybe there wasn’t, that’s horrifying. We have been going through this for two weeks. Now. There isn’t a shred of evidence. They keep saying they have evidence.

They keep being asked for the evidence. Then they keep not turning over the evidence because it doesn’t exist. 32% of people in this country are absolute morons. Not to mention, I’m sorry, but the remaining 22% of the country who says, well, I don’t know if he should or not, or no, he definitely shouldn’t morons folks. I am sorry. I don’t know what else to say. You can’t be nice about this anymore. We’re dealing with absolute idiots and I feel like I’m losing my mind. We know there’s no widespread voter fraud, his own administration determined that years ago, they went scouring the country, looking for voter fraud. Couldn’t find any of it. You’ve got the Lieutenant governor of Texas saying, I’ll give you a million dollars. If you come to me and can prove voter fraud. And he hasn’t had to pay anybody, what the hell is going on with these people who think, well, if he can show it, then I guess he can then see you.

You can’t prove a negative that’s what’s so here, because people will always say, well, maybe you didn’t look hard enough. You can’t prove a negative Trump strategies. One, most of those 32% are going to come around and eventually be like, you know what? There was no voter fraud. But if he is able to convince 20% of the population, that there was widespread voter fraud, 30% of the population it’s done, it’s done. They will never view another Democrat as a legitimate elected politician. That’s the problem. You can’t have that. And that is what he’s done. And that was his plan all along. And again, I hate to admit it, but I’m pretty sure he’s won that battle.