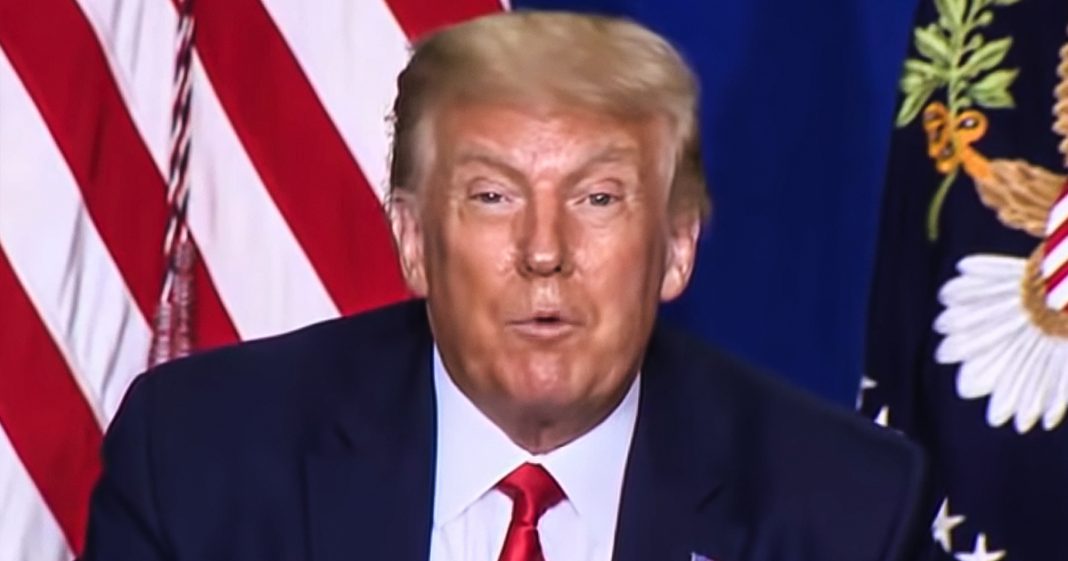 It has been slightly more than 5 months since Donald Trump has attended a Coronavirus Task Force meeting, and the pandemic has only gotten worse during that time. The truth is that the President never actually cared about getting a handle on things, he just wanted to blame everyone else for his failures and then pretend that his hands were tied in the matter. Ring of Fire’s Farron Cousins explains what’s happening thanks to Donald’s negligence.

As the coronavirus pandemic continues the rage across the United States. In fact, we have just come off of a, a series of weeks where we’ve had more than 100,000 new cases per day. In fact, most days over 150,000 new cases per day, the deaths are increasing, uh, hospitals across the country, cities across the country. You’re seeing hospital capacity Reached we’re back to where we were. We’re at the beginning of this thing, except in a much worse position in spite of all of this happening right now, Donald Trump has not attended a Corona virus, press briefing, or excuse me, coronavirus Meeting in five months. So count back five months, folks from November to October, September, August, July, June, since June Donald Trump has not attended a Corona virus, task force meeting. Things were very bad in June. Okay. That, that was It wasn’t even at a time when things were starting to, to get better.

That didn’t Happen until, you know, eh, August ish, Maybe into September. And that was only slightly better. But for months Before that even happened, Trump just said, screw it. I’m out. This is the big reason he didn’t win reelection. Don’t get me wrong. 71 million Americans looked at the death and destruction that he has caused and said, Ooh, give me four more years of that. Oh, 71 million People can also be idiots collectively. Uh, and temporarily they’re not always all idiots. I’m sure. Sure. But either way, Five months since the man has attended one of these meetings, he stopped caring back in June folks, and it didn’t even start caring about it until April. So he spent a good, what two months out of the, A year acting like he gave a about the pandemic and then just said, I’m done. I don’t, uh, That’s it. That’s all we got.

And yet Last weekend he had enough time to go golfing on both Saturday and Sunday. He had enough time in the two weeks before the election to hold two, three, sometimes even four rallies a day, but didn’t have a single frigging second over five months to attend one of these meetings to find out what the hell was going on with this pandemic. And instead the few times he decides to talk about it. During those five months, he calls it the chain of errors, the chain of Iris. This is the Trump virus. At this point, you , you did this to us. Your negligence did This to us. This is on you. This is on you. 100% decision About the democratic States. The Republican States, this isn’t about, Oh, it’s surging in the red States. Ha no, this is about one man, the leader of this country during the pandemic, Donald Trump being so incompetent and corrupt and Stupid that hundreds of thousands of Americans went to an early grave.

That’s his legacy that will forever be his legacy. Once the dust settles off of this election, once people can finally see clearly in the partisanship has died off a little bit, which does tend to happen after the election, the results certified all that. It will die off a bit. People are going to see clearly what this man Did to us. And That is why I have no fear whatsoever about him saying, I may run again in 2024. Go ahead. People are going to start hating you more. Once they remember what competent leadership looks like.