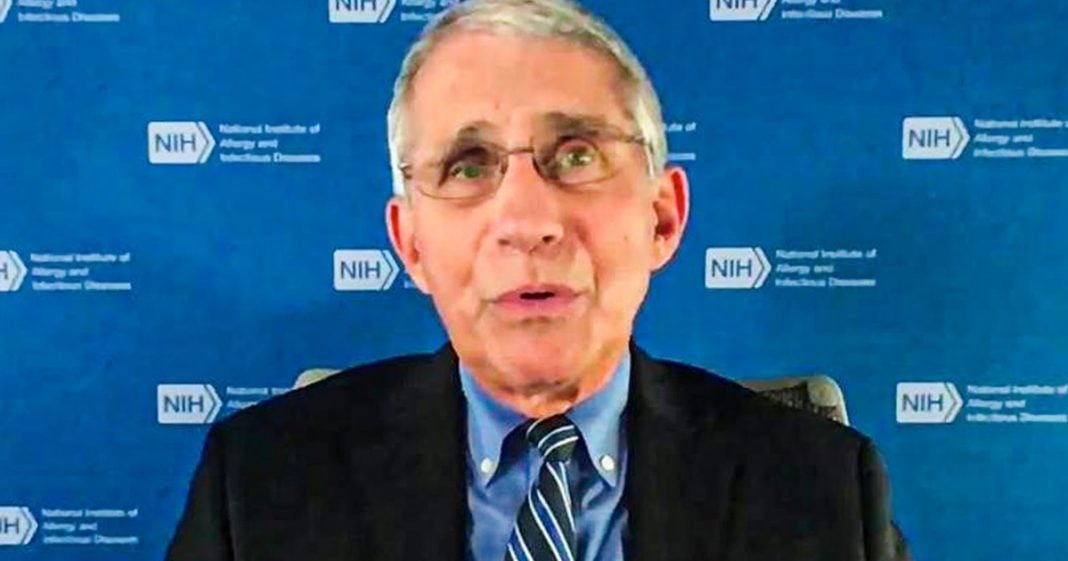 According to Dr. Anthony Fauci, the key to being able to deliver a COVID-19 vaccine to the public quickly and effectively is by allowing the transition process to begin and by keeping Biden’s people in the loop. Unfortunately, Trump is not allowing this to happen. This means that it is fairly safe to say that Trump is already sabotaging the delivery of the vaccine before it is even ready to go. Ring of Fire’s Farron Cousins explains what’s happening.

During an interview this week with NBC’s today, show dr. Anthony Fauci said that Joe Biden and his transition team, getting them involved in the process right now is the key to being able to effectively distribute the COVID-19 vaccines that are currently emerging. We have the one from Pfizer, that’s proven 90% accurate on Monday. It was announced that Medina had come up with there. That is almost 95%, uh, effective, non accurate, excuse me, effective. Um, and dr. Anthony Fauci said, we have to have Biden’s transition team involved in the process so that we have smooth delivery. We threw out this process, but he said he he’s worried because Trump is not allowing that to happen. So what is he effectively telling us? Well, dr. Fauci is telling us in more veiled, a more diplomatic way, but what he’s saying is Trump is sabotaging the delivery of the vaccine.

That’s the takeaway from this? That is what this means. If a successful vaccine delivery cannot take place without Biden’s transition team, being involved in the process and understanding how it works, if that is the only way to have successful delivery. And Trump is preventing that from happening then yes, Trump is sabotaging the entire process and he’s doing it because he’s petty, he’s doing it because he’s angry at the American public and he wants to punish them for not reelecting him. Fauci did go on to say, though, that they’re going to have doses ready to go for the highest risk groups in December. That’s remarkable. That is a remarkable turnaround on this. It’s a scary turnaround on this, to be honest, too, as we have repeatedly said in the past, the fastest vaccine has ever been ready has been for years. Typically they take 10 years.

So to have one ready in nine months, ache a little bit. Cause we don’t know if there’s long-term issues with the vaccine itself. Uh, having said that, I will also say if they came up and said, Hey, you know, you want to be one of the first, I would probably do it without hesitating. Absolutely. You know, I, I know we talk a lot about all the evils of these drug companies, but at the same time, I think I would be willing to take the risk on this. Yes. Um, I’m not going to advise anybody for or against it either way. I’m just telling you what I would personally do. But anyway, they also, after you get the high risk groups out of the way in December and January Fauci says, you’re going to have February where they’re going to work on the broad distribution of this thing. And at that time Trump’s not going be president. You’re going to have Joe Biden. And so you need the Biden administration involved in this so that they can see what’s being done. They can see who has it. They can understand the process and they can keep it going and make it more efficient as they go once Trump leaves office, without that he’s effectively sabotaging this entire process. But I believe firmly that that is exactly what Donald Trump wants to do sabotage it because he’s off that he didn’t win the election.