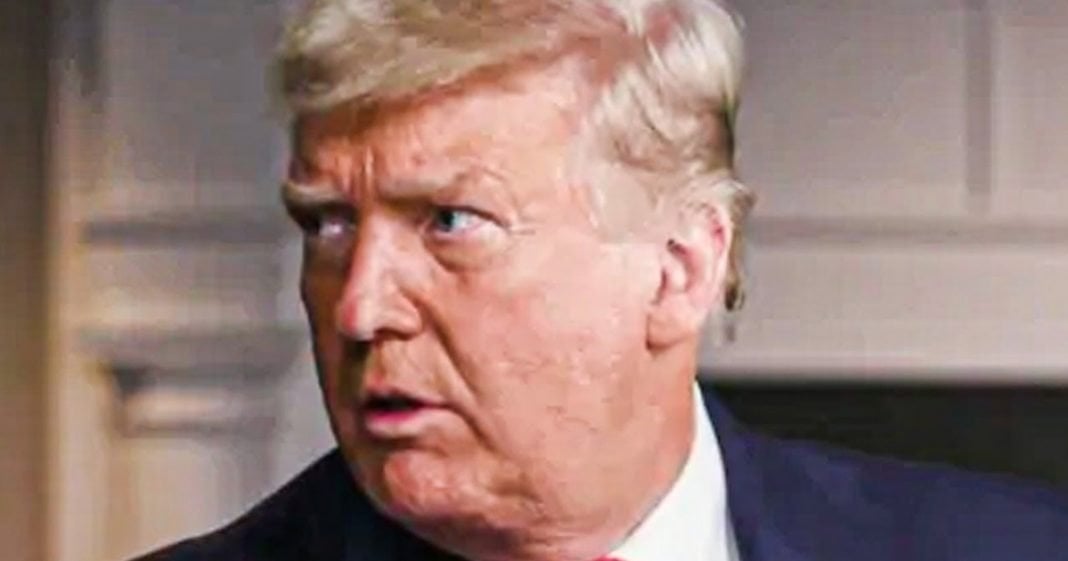 Doctors are begging Donald Trump to please start bringing Joe Biden’s transition team into the COVID meetings so that they can be equipped to properly tackle the pandemic once they are in power. But Trump would rather continue his ridiculous charade of pretending that the election hasn’t been settled, and his delay is putting American lives at risk. Ring of Fire’s Farron Cousins explains what is happening and why it will likely have to be settled by the courts.

This week groups representing doctors, nurses, and other healthcare workers across the United States reached out to the Trump administration to beg them to finally allow the Biden transition team, to get their hands on the COVID materials that the Trump administration is currently withholding from them so that we can ensure a smooth transition and continue to address the pandemic without any hiccups, once Biden takes over. And of course, up to this point, Donald Trump has completely refused to comply with these requests from medical professionals. So here is what we could be looking at if this continues first and foremost, when will the transition materials be handed over? Uh, certainly I don’t think after the election is certified, I don’t think it’ll even happen after the electors have officially voted and Biden is locked in and he is officially the next president. Um, cause technically right now, folks, that’s not official.

The results have to be certified. Then the electors have to vote, which takes place, uh, in December. But even after that, I don’t think Trump will do it. I think what will have to happen is that Trump’s or Biden’s team, excuse me, will have to file a lawsuit to Sue them, to release the material. The Supreme court will have to rule on it. Um, and I’m sure as sure as I can be, they will say, yes, you have to cooperate with the transition. Otherwise Biden could turn around and if a Republican replaces him, just say, no, I’m not going to do it, but that’s why I think they would go for Biden over Trump in this instance. But it’s still going to put them behind, right? They’re not going to be as caught up as they should be. They’re not going to be as on the ball as they should be.

And they’re not going to be as prepared as they should be to take over the federal government has been, uh, you know, distributing ventilators and things of that nature. Other PPE, because they’ve been confiscating it from hospitals and areas that order it and they say, no, no, no, no, no, no. We’re gonna send it through FEMA and give it to where it’s needed and then not send it to where it’s needed. So they need to know what’s happening with that. They need to know what they have on hand. They need to know who needs what so that on day one, they can be prepared to send it out and send these things where they’re actually needed. Instead of Trump sending it to red States who are hoarding it while ignoring the Democrat run States because he hates them. They need to know where we’re at with the vaccines where they’re at with the distribution process.

Um, as I previously mentioned earlier, uh, this week Fowchee says that there’s doses of the vaccine that are going to start being distributed in December. And then it’s going to, those are going to go towards the most vulnerable parts of the population felt. She says in January and February, we’re hoping to get it widely distributed, who knows we’ll have to wait and see what happens. But that is the plan Biden’s team needs to know more than just that. You know, we know that I always want the president to know more information than what I have available than what you have available. Cause w but right now they don’t. And that’s, what’s terrifying. Folks think about that. You have access to the same information that the incoming administration has, you know, whatever you find on Google, whatever you read in the news, that’s the same crap they have because Trump will not cooperate. He will not give them these, these, uh, materials. He is not allowing them to sit in on these intelligence briefings nothing. So they have nothing. They can do nothing. They can prep nothing. He is setting them up for failure and laying the stage for more Americans to die because he’s so petty and angry about losing the election. That’s what this is about. He is willing to let people die because they didn’t vote for him.