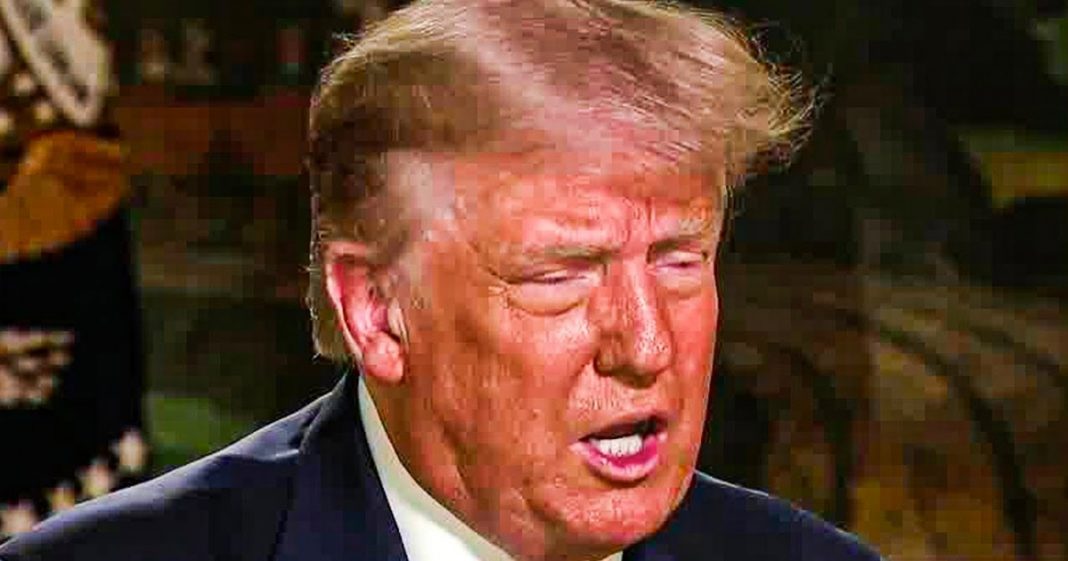 It would be tempting for Democrats in the House to just pack it in and forget about their investigations into Trump once he leaves office, but that would only prove that these were purely partisan endeavors designed to hurt his election chances. If the goal is justice, then they have to see these investigations to the end, and now they’ll be dealing with a friendlier Department of Justice. Ring of Fire’s Farron Cousins discusses this.

Well, we know that Donald Trump has a lot of investigations, a lot of lawsuits that are going to hit him pretty hard once he is no longer president of the United States and can no longer claim any kind of immunity or delay, but there’s other investigations too, that haven’t gotten as much attention. Right? Obviously we talked about the New York ones. We’ve talked about the defamation cases, uh, the sexual harassment ones, all of those are coming due for the president. But what about the ones from the house of representatives? Right? They were seeking Trump’s financial records. They wanted his tax returns. They wanted to see if there was any kind of information in there that could, you know, have caused the president to become compromised by a foreign power. So what happens to that investigation? Do the Democrats continue it or do they just say, well, he’s not president anymore.

So what’s the point. If you ask me, and if you ask, apparently the Democrats in Congress, the answer is that investigation is going to continue. And according to some of the Democrats who recently spoke to Politico, they’re excited about the prospect of no longer having to put up with the roadblocks from the Trump administration, because all Trump’s people are going to be gone. Steve, [inaudible] not going to be there. They don’t have to worry about him. Withholding documents. The DOJ is not going to be controlled by Trump’s cronies anymore. It’s going to be controlled by Biden’s cronies and they should be more than willing to cooperate anyway. But here’s the thing. If the Democrats do not continue these investigations and I fear there is a very real possibility. They’re not going to continue them. If they don’t continue them, it proves to Republicans that this whole thing was partisan.

And that the only goal of it was to harm Donald Trump’s reelection chances. You cannot have that be the case, not just because you can’t prove Republicans, right? That’s not what this is about. What it is about is the fact that you genuinely believed there was wrongdoing that was done. And if you let that go, you’re proving that you do not care about the rule of law. You only care about partisan politics. Furthermore, because such hype was made about these investigations and the tax returns and the banking documents. I would think we owe it to Donald Trump to vet those. Because if nothing is there, if it turns out everything is on the level that also needs to be made public. I mean, we’ve all spent years suggesting there is something there. And if there’s no, there, there, we need to be able to come out and say we were wrong.

He apparently was a lot more honest than we gave him credit for. So regardless of the outcome, there we are all owed an explanation. But again, I fear the Democrats will abandon this. They’re going to do their usual. Let’s look forward and not backward. Oh, don’t worry. These other entities are over there. They’re working on it. We don’t need to bull because one of the reasons some Democrats say these investigations have to is because they’re also considering whether or not to draft legislation, to force presidential candidates, to release their tax returns. And this is kind of the investigation. They need to prove why that’s necessary. Also, if Trump wants to run again in 2024, and you could find something in there that would stop that from happening anyway, you don’t need Trump’s, uh, tax returns, by the way, to be able to draft that piece of legislation, you should do that anyway. That’s a good idea, but you also need to see how much money he profited while he was president of the United States, how much money was paid to his businesses. You need to see that you need to get your hands on everything to uncover the final truth, and maybe the truth sets him free, or maybe it reveals just how deep the con job really went while he was president.