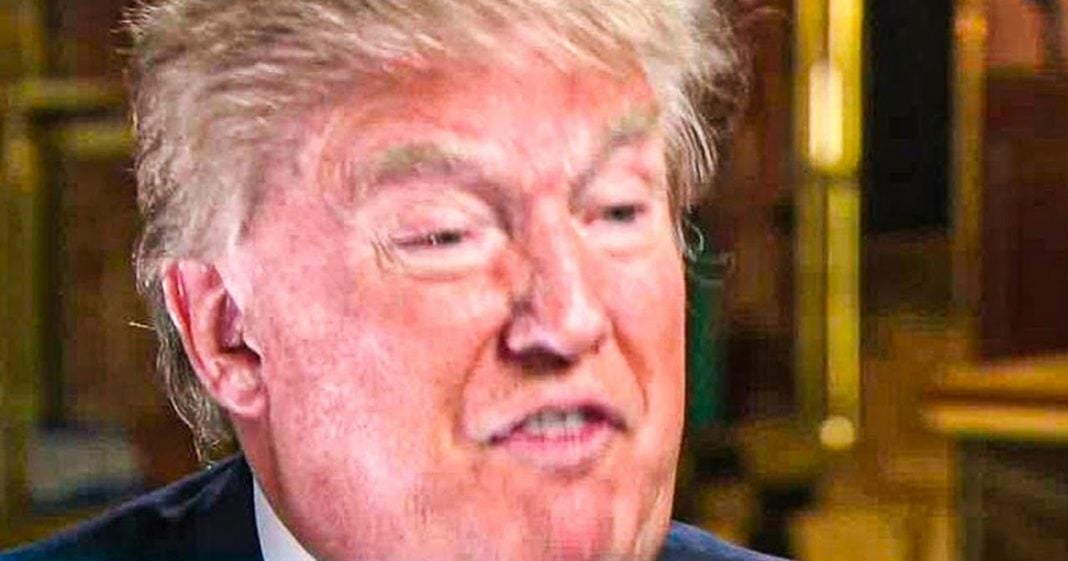 Donald Trump will be hosting a Republican coalition from the Board of Canvassers in Michigan today in an attempt to get them to rescind their vote to certify certain Democratic-leaning counties in the state’s elections. The votes likely cannot be rescinded, not that it would even change the vote totals in the state. The coup attempt is very real, even if it isn’t very serious, and we need to treat it as both. Ring of Fire’s Farron Cousins discusses this.

Republicans from the board of canvassers in Wayne County, Michigan, the County that actually includes Detroit and includes overwhelming numbers of African-American voters. And most of them are Democrats, but this is the County in Michigan that they’re trying to get uncertified after they had certified it earlier this week, which only came after. They said they weren’t going to certify it, but then they did. And now they want to undo it. They want to rescind it. These Republicans do. And then on Thursday, Donald Trump said, well, Hey Republicans from Wayne County water and Shaw come to the white house And let’s have a talk.

And that talk is going to be taking place today. Uh, depending on when you’re watching this, the talk has already taken place or the talk is about to take place either way as I’m sitting here right now, the talk has yet to take place. Now I know we talked earlier about Rudy Giuliani and his, you know, rag tag team of lawyers who are too stupid to even book the right venue. But that’s the, that’s the funny part of the coup right? Those are the idiots. This thing has no chance of surviving in the courts, but things like this, Donald Trump actively interfering with a local election board to get them to uncertified the results. This is the kind of thing that needs to make everybody kind of, you know, be on high alert To say the least.

This is the attempted coup, this is the serious part of it. And that is what Donald Trump is attempting to do by trying to convince these Michigan board of canvassers that they need to resend their vote, to certify the county’s election results. Now they had struck a deal with the Democrats to go ahead and certify earlier this week. Uh, but then Trump called them according to reports. And then after the phone calls, they said, you know what? I think I want to rescind my vote. I don’t want to certify problem is you can’t uncertified. Once it’s certified, it’s certified, you know, the cat’s out of the bag. You can’t put the cat back in the bag.

So then what, Well, Trump’s going to want them to take it to the Supreme court and have the Supreme court uncertified only Wayne County. Overall, this is not going to change the election folks. So let’s, we can breathe a little bit of a sigh of relief over that because even if they uncertified and then suddenly more Trump votes appear and then Trump wins Michigan, which you’d have to have each and every one of those things and, and having more than one of them is insanely unlikely. But even if you had all of them and okay, then Michigan goes to Trump, then guess what happens? Then Biden is still going to be our next president, Georgia finished the recount and guess what? Biden’s still one Georgia. So Michigan becomes all right, do whatever. Even if he hadn’t secured Georgia, by the way. And then he lost Michigan. He would still be the next president, neither here nor there, right? The de the Donald Trump is attempting A coup.

And This is the kind of thing that we have to start paying attention to Rudy. Giuliani’s the sideshow. Rudy Giuliani is the carnival Barker right now. Donald Trump is the one behind the scenes, and this is the kind of stuff taking place by the way, that is not only considered election interference. That is prosecutable and most States here in the United States. But this is the reason why we can’t have Joe Biden come into office and say, I’m going to move the country forward and unite by not investigating Donald Trump, uh, bull crap, dude, the man is actively interfering with the election to try to keep you from becoming president. I think you owe it to him to stick it to him. Once he leaves office, you can pop a Measy on this or any one of the other hundred different things. We know that he’s done. I encourage you to do so. Otherwise, the person who comes after Trump is going to be So much worse.