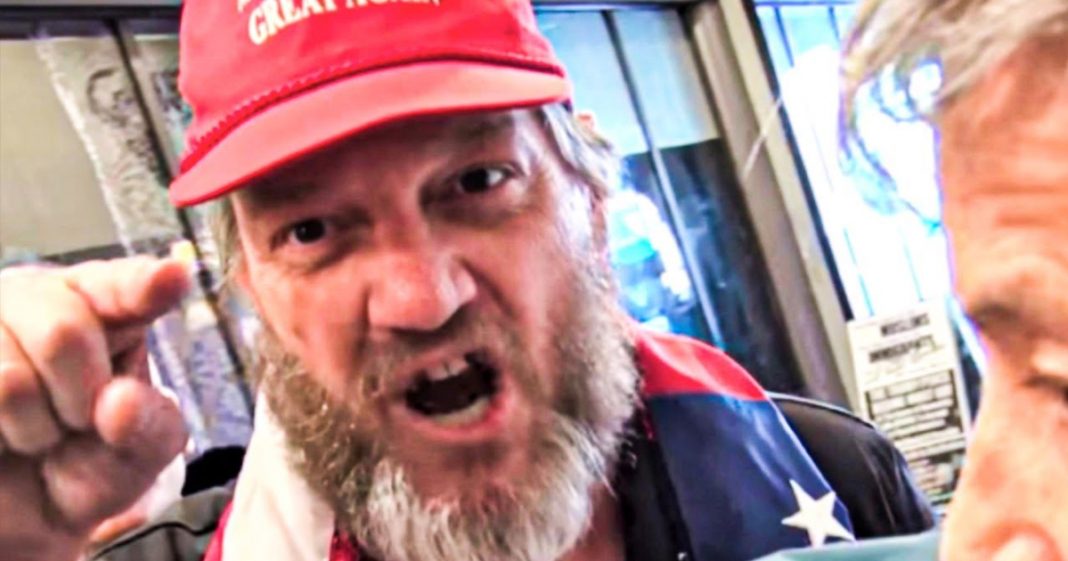 Trump’s craziest supporters are threatening violence against election officials in five swing states, according to new reports. This is not accidental: This is exactly the kind of behavior that Trump knew he was fostering with his nonstop lies about election fraud. This is what he wanted, and he is getting his disgusting wish. Ring of Fire’s Farron Cousins discusses this.

According to new reports, election officials, poll workers, and even law enforcement agencies in five swing States across the United States are facing death threats and other threats of violence from crazed Trump supporters. The five States are Arizona, Georgia, Michigan, Nevada, and Pennsylvania. And what’s happening is you have these Trump supporters. Who’ve been all whipped up into a frenzy over Donald Trump’s claims of voter fraud and dead people voting and dominion voting sheet machines and go surf, Hugo Chavez, helping by and when, whatever it is, these people out there, these cult followers of Donald Trump believe that it’s accurate. They, they believe these things happened. So they’re calling up, uh, state law enforcement agencies, election offices, secretaries of state, and they’re threatening to do the unthinkable. If these States continue on and certify their results in favor of Joe Biden and, and gets Trump, this is what Donald Trump wanted.

This man knows he cannot win in court because he has no evidence to back any of this up because courts, unlike cults require evidence and even the most right wing of judges that Donald Trump has gone up against, including by the way, some that he is appointed. I think people need to understand that when they talk about the coup, because everybody seems to be still wedding themselves over this, his own judges that he’s appointed have thrown out some of these cases because there’s no evidence. In fact, every judge that has seen these cases has thrown them out. He cannot win. It’ll can go to the Supreme court. He’s still not going to win there, but he already won because his goal was never to overturn the election. His goal was to convince his base that the whole thing was fraudulent courts need evidence. Cults do not.

That’s the difference. That’s what he knew. And that’s what he’s done. These death threats that these election workers are receiving right now, that was the plan. That was the goal. He wants his base to go out there and do the unthinkable. He wants to be loved and admired, and he wants to have his Trump army out there to constantly be threatening people to fall in line or else that’s what’s happening. He knows this is happening. He is egging it on. He is actively counting on this to continue, because that is the only way this man feels like he has any power left. He is facing a myriad of investigations of potential prosecutions. He is facing the possible destruction of his own businesses because of the amount of money that he owes that is coming due in just a few months, he has nothing left. He may not even have his freedom left.

All he has are these deranged individuals. And yes, they are deranged. If you’re calling up a secretary of state, if you’re calling up a local election office and saying, I’m going to kill you. If you let Joe Biden win this, that’s the actions of a deranged individual. I’m sorry to have to be that blunt. But these aren’t rational people. These aren’t competent people. These aren’t safe people to have walking around the streets, carrying firearms. Something has to be done about this, but instead Twitter, Facebook, everybody sitting there letting Donald Trump continue to spread his lies. People are getting death threats left and right. But Hey, at least we’re not censoring him because, Oh God, how bad would that be? I don’t know. Why don’t you tell that to the people getting death threats? I’m pretty sure they’d have a different take on the whole issue.