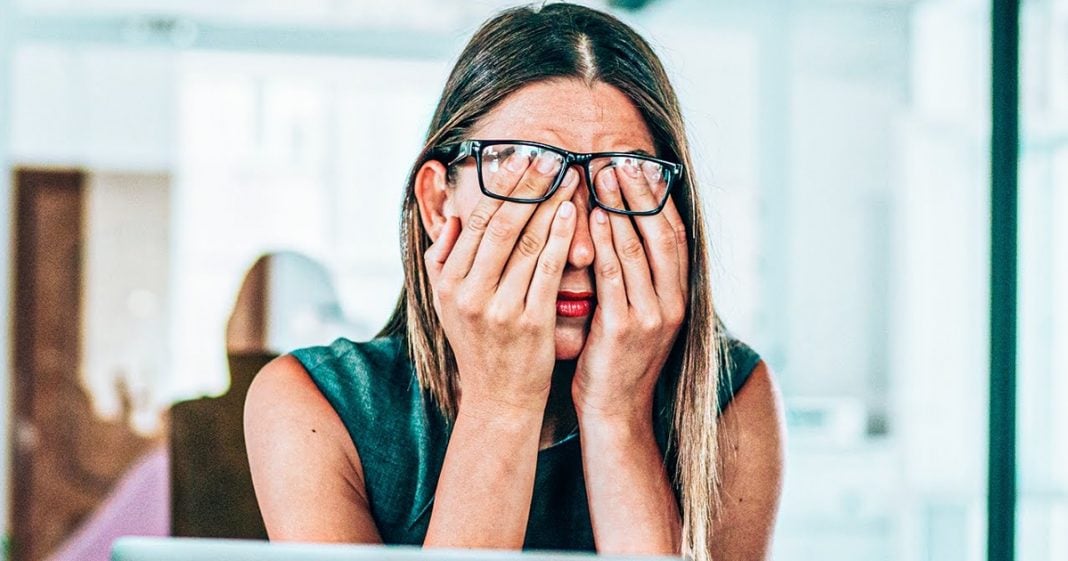 Congress is headed home for Thanksgiving celebrations while millions of Americans are wondering whether they will still have a home next month. Millions of Americans are set to lose the extended unemployment benefits they’ve been receiving after Christmas, and student loan payments are about to resume for millions who are unable to pay. Congress isn’t helping us, and we have few options at this point. Ring of Fire’s Farron Cousins explains what’s happening.

Well folks, next week is Thanksgiving. Uh, the CDC is recommending do not travel. Uh, do not gather in large groups for Thanksgiving. The pandemic is worse than ever. Please don’t be stupid about it. Uh, but anyway, it’s a holiday. People get time off and Congress decided, you know what? I guess we’ve done enough. We’re going yay. And Congress has officially adjourned until after the Thanksgiving break. And isn’t that nice. You know, they get a couple of weeks off after taking months and months off and not doing a thing, according to a new report. In fact, this isn’t even necessarily need to be a new report. It’s something we’ve all known. Those extended unemployment benefits, uh, that unemployed Americans are receiving right now, the extra $400 a week. Uh, it was 600 that expired, uh, the end of the summer. Then it was renewed for 400 and then, uh, it expires the day after Christmas.

So we’re talking about five more weeks as the pandemic rages on jobs. Aren’t coming back yet. You know, these people cannot get back to work yet. It’s very difficult to find a job during a pandemic. And those extended unemployment benefits are going away. The day after Christmas, one in 10 Americans right now do not have food. 10% of our country does not have food. I’m sure most people saw the, uh, photos going around on social media. Earlier this week of the cars lined up in Texas to get food from a food bank. We have a very real economic and humanitarian disaster happening on our watch in our backyards with our friends and our neighbors and our family.

And Congress just says, cool. All right. So y’all in a couple of weeks. You you’ve, you’ve done nothing. You’ve done nothing. Nancy Pelosi has done nothing, but Hey, it’s cool because she gets to be our speaker of the house for another two years. Isn’t that awesome, Chuck, Schumer’s not doing a thing, but Oh great. He’s still gonna be leading the Democrats and Mitch McConnell never does anything except call people back to vote for judges and yay. He gets to serve another six year term. He’ll be wearing depends by the time he leaves office, but Hey, he’ll be there. And Trump of course is too busy filing his frivolous, knowingly false lawsuits, throwing his temper tantrums about losing the election to even care about dealing with the pandemic or the economic crisis right now. On the other hand, you’ve got Joe Biden who is incapable of doing anything because he has no power yet. And he can’t even get materials from Donald Trump’s, uh, team so they can begin the transition and start coming up with plans. We’re . I don’t know of any other way to say that folks.

Absolutely. Totally. 100% EFT is what we are. We have no leaders. There’s no leaders on the left. There’s no leaders on the right. There is nobody out there who is doing a good enough job or who has enough power because there’s plenty of people on the left who do talk about this. Don’t get me wrong. You’ve got your row. You’ve got your AOC and the squad and your Cory bushes and all of those folks. And they’re wonderful. And they’re great. And they’re the future of the party, but the future can’t get here fast. And at this rate, who knows, if there’s going to be a future and you look at what’s happening in this country right now, you look at the soft coup that Trump is trying to pull off. You look at these bread lines in Texas. You look at the raging pandemic. You look at all of that right now.

And tell me, you’re confident that this country has a future because not, and you shouldn’t be either the same tired politicians back in power. When Joe Biden takes over more Pelosi, more Schumer, more Rahm Emanuel, more Biden himself, nothing’s going to change. He told us that much. Sure. Some things will get better. I’m not losing complete faith in it. What I am losing faith in very rapidly is the fact that it’s always the same faces, the same people in the same positions of power and nothing ever changes. And that’s on us. That’s our fault. We’re the ones who screw that up. Cause we’re the ones. So keep voting them back in and then getting annoyed. When they put all their same buddies, the same cast of characters all back in power. It’s like watching a spinoff, but they keep having to bring back the regulars from the original series. Just so you remember how things were, that’s what we’re living through. And again, 12 million million people are about to lose their extended unemployment benefits. 10% of people in this country over 30 million have no food, tens of millions still without jobs, but Hey, at least Congress doesn’t have to think about that for a next week and a half until they come back and then decide to continue ignoring the crises.