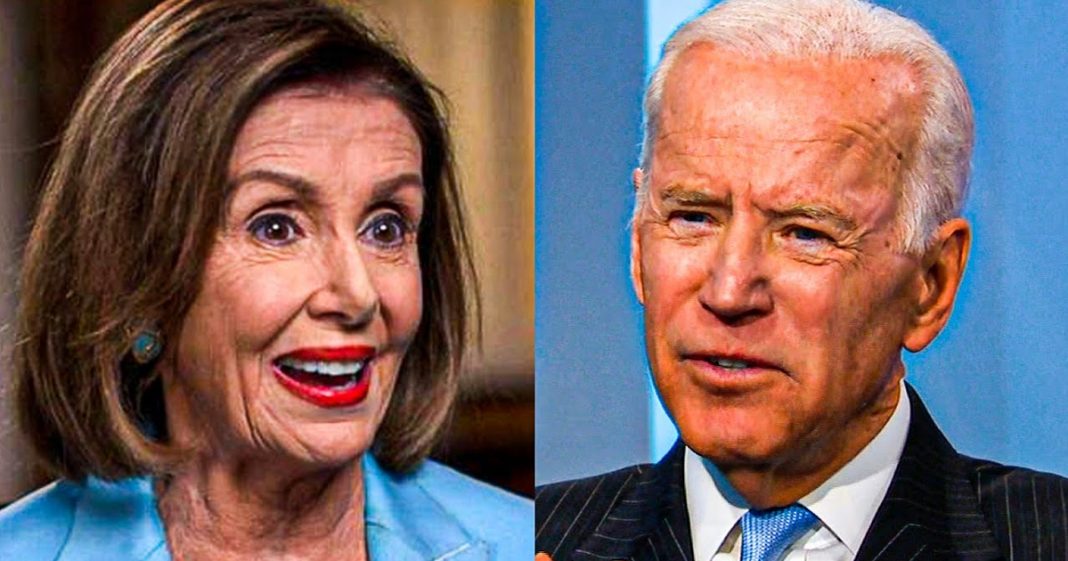 Republicans spent the 90’s trying to take down Bill Clinton. They spent the 2000’s spreading conspiracy theories about Democratic politicians while also blocking everything that Obama attempted to do. Now they are siding with a President who refuses to admit that he lost while also screwing over the American public. This has to stop, and it only stops when Democrats stop trying to always “seek common ground” or “take the high road.” We have to fight fire with fire, as Ring of Fire’s Farron Cousins explains.

There was a great article in the guardian that I came across yesterday, uh, is by Jan Warner, Mueller who says in the odes to political civility, do really think Republicans will reciprocate. And essentially what this article is calling for is stop playing nice Democrats Republicans at every opportunity over the last four years, as mentioned in this article have screwed you over and thereby screwed over the American public. So please, when Joe Biden gets one in office, stop reaching out to these jackasses because they’re just going to spit on your hand. Now I want to take it a step further because I don’t think it’s just been the last four years. And I think Americans need to remember that. I think Democrats need to remember that all through the 1990s and I’m talking all through the 1990s, for those of us who remember what did the Republicans in power do?

They tried to find anything and everything they could to take down. Bill Clinton from the very beginning, you know, whitewater, remember that phrase, whitewater, whitewater. Most of us had no idea what whitewater even meant, but it was a scandal and Republicans spent years and years and years investigating it, uh, various different women that the president was alleged alleged to have had relations with some of them against the women’s consent. None of which ever went anywhere. But Republicans spent eight years investigating those claims, trying to flush it out, trying to find something to get them on. And eventually they got him for lying under oath about an affair. His approval rating went up after that. And then of course you have the early two thousands with George W. Bush. Did Republicans ever once extend an olive olive branch and say, Hey, I know we have the majority, but, but let’s go ahead and do what you want to do instead.

No, they didn’t. They said, Oh, well, we’re going to do whatever the hell we want. And you’re going to go along with it because you have no choice. And then Obama became president. And at that point did Republican say, Oh shucks, we lost, uh, we’ll play nice with, you know, they became statistically the most obstructionist Congress in the history of the United States, America Garland. Does that name ring a bell to any Democrats? Do you remember that? And those are the same people you want to turn around and play nice with y’all are nuts. You’re nuts. If you think a single Republican in Washington, DC is going to be nice to you, but maybe Mitt rotten. No, not even Mitt Romney. That’s not going to happen either, but some of them are saying Biden did win the election. Wonderful. They’re not denying reality at the moment.

That doesn’t mean they’re not going to be total jackasses once it’s time to get stuff done. You know what Mitch McConnell did this week as we’ve got millions of Americans facing an eviction crisis, a pandemic raging out of control and an economy still in a downward spiral. Do you know what Mitch McConnell did this week? He called the Senate back to vote on six more. Trump’s judicial nominees not to vote on COVID legislation, not to pass another round of stimulus, but to vote on COVID. So Democrats need to snap out of this. Well, when they go low, we go high. Nope, that doesn’t work. I know it sounds good on paper and we always want to be there. Bigger people on paper. I’m tired of it. I’m not going to do it. I’m not going need to be nice with these people. I’m not going to be nice with these people who think that it’s okay to screw over hundreds of millions of Americans, just because they don’t feel like doing it.

They don’t want to give us a stimulus. I’m tired of trying to be nice. The people who have Confederate flags flying off the back of their pickup truck, you’re not going to talk sense into those individuals. You’re not going to talk sense or make deals with people like Jim Jordan or Matt Gates or muck or Rubio or Ted Cruz or Mitch McConnell or Lindsay Graham or any single Republican in Washington, DC. Decent Republicans are about as common as big foot here in the United States. Oh, you may think you may see one off in the distance, but it turns out it’s just a bag of trash.