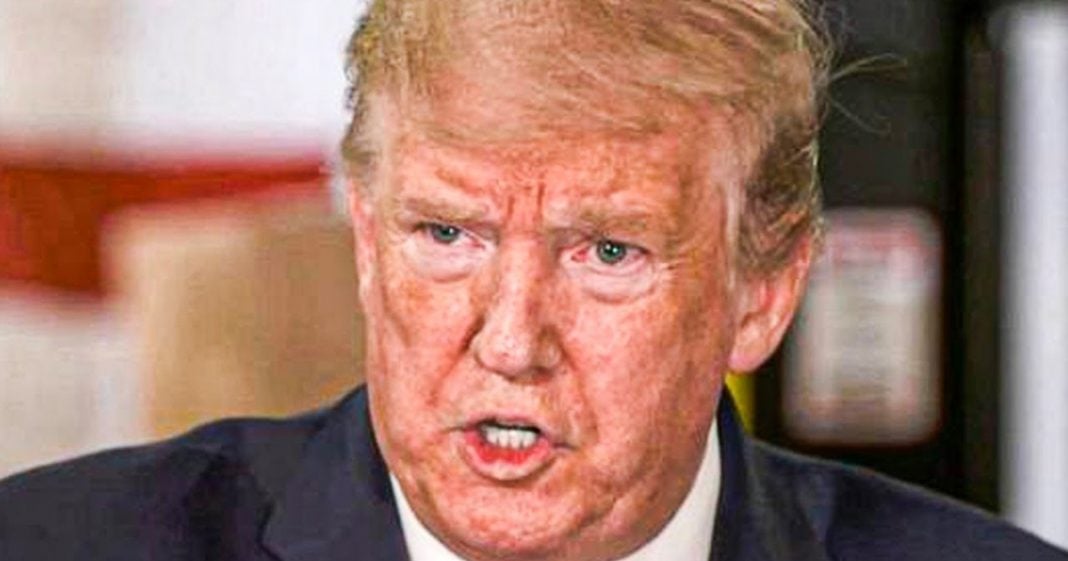 On Twitter on Tuesday, Donald Trump announced that he was firing Chris Krebs, the Director of the Department of Homeland Security’s Cybersecurity and Infrastructure Security Agency. Last week, Krebs angered Trump by releasing a statement claiming that the claims of voter fraud and voting machine irregularities from Trump were not true and that there was no evidence to back up these claims, sparking his firing this week. Ring of Fire’s Farron Cousins explains what’s happening.

Yesterday, Donald Trump announced via Twitter. Of course, that he was firing a man by the name of Chris Krebs, who is the department of Homeland, security’s, uh, director of cybersecurity and infrastructure secure. So why now you get two months left in office. What does it matter if Chris Krebs is up to the job? We’ll see the problem is that Chris Krebs, it’s not that he wasn’t up to the job is that he was actually doing the job. That’s what Donald Trump off. You see last week, Chris Krebs came out and said, listen, folks, there is no evidence whatsoever of any kind of voting machine irregularities or any of the other stuff that Donald Trump is alleging. I’m sorry. It’s simply not. That’s true. And so, because he counter Donald Trump’s number one, uh, election fraud argument, Trump decided to get on Twitter and hire the man. These are the two tweets that Donald Trump sent out back to back talking about his firing of Chris Krebs or where he announced it.

The recent statement by Chris Krebs on the security of the 2020 election was highly inaccurate in that there were massive improprieties and fraud, including dead people voting, which is his new talking boy, not dead people. Voting poll Watchers, not allowed into polling locations, glitches in the voting machines, which change votes from Trump to Biden, late voting and many more therefore effective immediately. Chris Krebs has been terminated as director of the cybersecurity and infrastructure sector. Um, literally none of that happened by the way, folks, I feel like it’s imperative to make sure we point that out. Every time we talk about this man, but that’s the new one, by the way, the dead people voting the dead people are voting there. Isn’t I can’t, I can’t, I can’t. This is getting harder and harder to talk about every day. And I know I’m kind of veering off topic again with this crap, but for real, this man, we are watching him have a mental breakdown in real time via his Twitter. And we know because we’ve had other reports that tell us this. He doesn’t even believe what he’s saying, but I think at this, he has said it so much that he is starting to believe it. He is breaking down and that is dangerous for the country. He has to be removed from office. Twitter has to remove his account. Like this is insane and it’s irresponsible and it’s damaging to the very fabric of the United States.

Chris Krebs, in this particular instance, I don’t know a whole heck of a lot about his career, but I know in this particular instance, Chris Krebs did nothing wrong. Chris Krebs did not lie to the people. And I am actually enjoying very much saying the name. Chris grabs, it flows very gently off the tongue, Chris Krebs. However, because he went against Trump. He is now unemployed as are millions of others. Thanks to Donald Trump’s actions during this pandemic and his actions with the trade war. Let’s not forget that thing. That’s still Happening, But that is the message that Americans need to see these 70 plus million Americans who voted for Donald Trump. Look at this man, look at what you voted for. This is what you looked at. You saw it happening for four years, and then you said, you know what? I’ll do another Before. I like it. Maybe I’m into that. I don’t know. And this is how he behaves. Chris Krebs did not lie. Donald Trump did. Chris Krebs is not the one who blocked election security from happening. Mitch McConnell did Chris Krebs came out and corrected inaccurate information coming from the president of the United States. And he paid the price for it. And if you Can look at that and say, yes, I still support Donald Trump. Then congratulations. You’re not an average American voter Anymore. You’re a member of a cult.