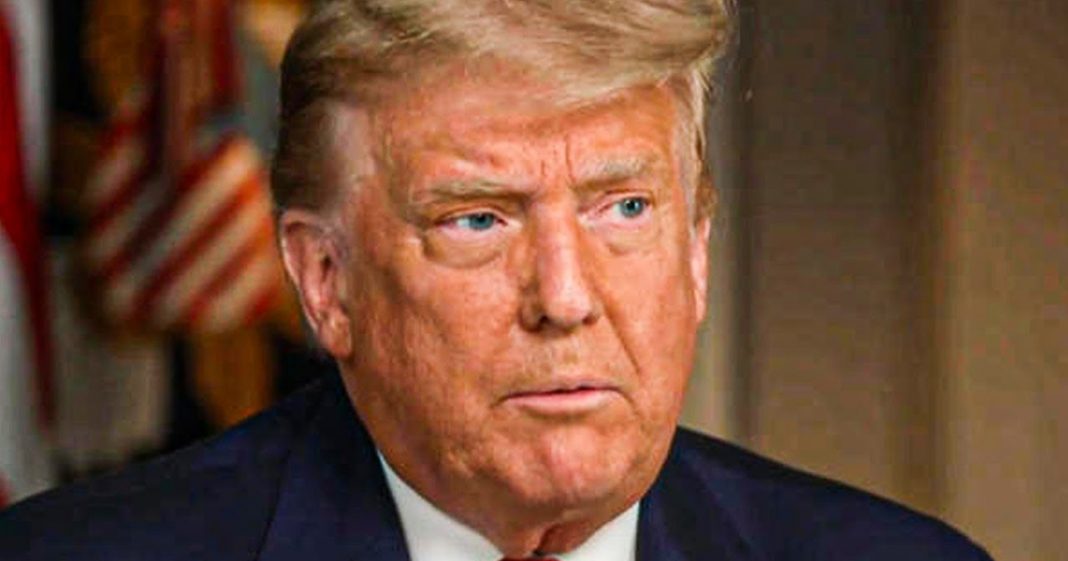 The runoff elections headed to Georgia are causing an intense amount of fear for Republicans who believe that Donald Trump’s villainization of Republicans in the state is going to cost Republicans those two seats. This would then flip the balance of power in the Senate, giving Democrats complete control over both chambers. Ring of Fire’s Farron Cousins explains what’s happening.

In January, they’re going to be two major runoff elections in the state of Georgia that will determine who is going to control the Senate for the next two years, at least, uh, here’s the way it breaks down right now. Obviously you have Republican senators, David Purdue and Kelly Loeffler, the woman who should have been convicted, or at least properly investigated for insider trading yet the FBI decided now we’re not going to do that. Um, these two Republicans failed to cross the 50% Mark in the November 3rd elections, therefore the top two candidates, the Republicans and their democratic challengers. Now go to these runoffs taking place in January Leffler and Purdue are the incumbents. And if they win, the Republicans would have a 52 seat majority in the Senate. If their democratic challengers win, then it’s 50 50 split. Kamala Harris becomes the tiebreaker. So Democrats would technically maintain or not maintained would gain the majority.

So that’s what we’re looking at with these races. We’re also looking at the fact that earlier this week, there was a phone call between Purdue Leffler, Karl Rove, and several other prominent Republicans, where they talked about the fact that Donald Trump is absolutely killing them with his nonstop attacks on the state of Georgia. You see what Trump is doing as we’ve all seen as he’s making these outlandish claims that somehow the Republican secretary of state of Georgia, a raffinose Berger is anti-Trump. Maybe he’s a rhino. Maybe he’s allowing all these fraudulent votes to stay in place. Oh, I think he’s allowing dead people to vote. Trump tells us he allowed the dominion voting machines to switch votes from Trump to Biden. All of these horrific claims are not based in reality. There’s no evidence to back up a single one of them. And according to the phone call that these Republicans had earlier this week, it’s undermining the elections in the state of Georgia to a point where it could cost Purdue and Leffler their jobs, the more Trump rants and raves about these elections and the state of Georgia, the worse, it hurts them. And they know this because that’s what happened in November. You know, Trump spent months ranting and raving about mail-in voting to the point where Republicans said, well, shoot, I’m not going to do that. And then what happened? Trump got killed in the absentee vote by mail because he told his people not to do it. So if he continues to tell Republicans in Georgia, you can’t trust this vote a system, guess what?

They’re not going to go Do vote. Not to mention the fact that obviously Democrats, by flipping the state blue, it is apparent that there is an active democratic, uh, base in the state of Georgia. They have to continue that these are runoff. Elections may not have obviously the same kind of turnout, but if they do, they can flip the Senate. Now, the problem is that there are stories emerging right now that you’ve got Democrats and celebrities and all these things coming from out of state to pump money into the Democrats in that race. And that is not a good thing, folks. It didn’t work with Beto in Texas. It didn’t work with Harrison in South Carolina. Please don’t do that. Like, please don’t do that. You don’t need all of that out of state money coming in, giving people a false sense of security that the Democrats have it. The final result in that South Carolina election was nowhere near what any of the polls indicated. Certainly wasn’t anywhere near what the money indicated. Jamie Harrison won the money race by, by millions and millions and millions, and then lost by an astounding margin.

And that’s not necessarily his fault either, by the way. So here we are publicans and Georgia freaking out because Trump won’t shut his mouth about how dangerous Georgia elections are. And if that were the case, if that was the only thing happening, the Democrats would certainly have an advantage. But when you bring the out of state people in it doesn’t end well, it really doesn’t for the Democrats. I wish they would rethink this. It is a losing strategy. It has lost the other two times in modern history where it’s been tried, not a smart move by the Democrats either. So at this point, who knows what’s going to happen in these races, but the fate of the country might just depend on it.