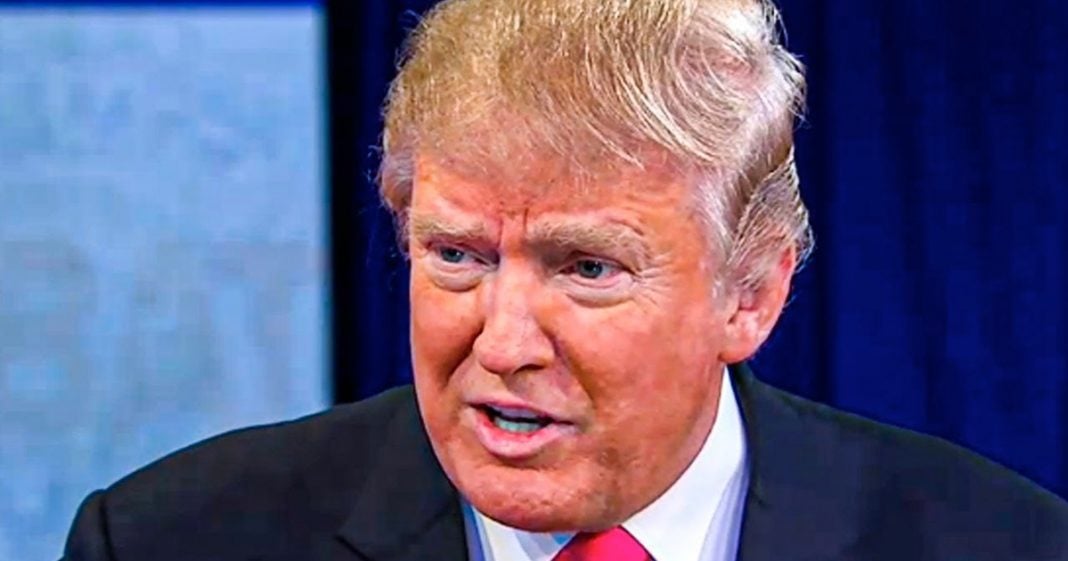 In the small amount of time that he has left before he leaves office, Donald Trump is going to cause as much damage as possible. And he got things started this week by auctioning off large sections of Alaska to oil drillers so that they can lay claim to these once-protected lands before Biden comes in and undoes the GOP’s actions to open them up for exploitation. Ring of Fire’s Farron Cousins explains what’s happening.

Just as his niece, Mary Trump had predicted last week, Donald Trump is trying to break as much as possible in the United States, before he is forced out of office on January 20th. And one of the latest things that he is breaking is the, uh, Arctic national wildlife refuge known to most of us in the political circles. Who’ve been covering this for over a decade and war and war is a refuge jump in Alaska that Republicans have been wanting to exploit for oil drilling for, well, over a decade, this goes back to the Bush administration. They have been wanting to drill up there, extract every last ounce of natural resources and then just leave it be, you know, whatever messes they make, you know, the pipelines, all that. Yeah. You’re going to be stuck with all that crap, all the endangered species that they’re going to push out of the way in order to bring in the drilling equipment and all of that.

Sure. Yeah. Yeah. They don’t care about that. But back in 2017, a Republican controlled Congress actually managed to pass a legislation that finally allowed for the drilling Nan war. And this week, the trumpet ministration, after sitting idly by for three years on it decided, you know what, let’s go ahead and open it up for the bidding process. So this week they started the bidding and oil companies are now lining up, laying out which tracks they want, you know, which areas they want drill in how much they’re willing to pay for it. And then the leasing process will begin, which the department of interior and the energy department are saying that they want to get finalized and finish these sales before Biden gets sworn in as president of the United States. So they’re, fast-tracking this product, uh, project, excuse me. And they’re doing it because they know that if Biden comes into office, he will most likely as this has been a huge partisan issue for many, many years, he will likely put an end to the program.

Therefore not allowing the oil drilling. It’s not even oil drilling. This is exploitation. This is environmental natural resource resource exploitation taking place in the Arctic national wildlife refuge. That’s what they wanted. Exploited exploited for profit oil out of here, have it shipped through their pipelines that are completely unsafe and untested and uninspected down to the coast where they can ship it off overseas and make a profit for it. None of this is about us energy independence. You know, Trump has made it clear, uh, during his administration that we’ve got so much oil here. We need to be able to sell it overseas. This is about the profits of individual oil companies. This does not benefit the United States in any way. Not, not any way at all. Would we benefit from this? This is oil that is going to be shipped overseas. These are natural resources that we’re not going to use.

Not that we need to use them anyway, we have more than enough energy here in the United States. And at a time when we should be moving forward, we should be moving towards cleaner forms of energy that are becoming far more efficient than fossil fuels. And they do not leave a single ounce of pollution out there. Solar wind. They’re not the bird killing cancer causing machines. The Donald Trump, the moron says they are. But instead of doing that, he’s destroying the environment just a little, a bit more. Why? Because he doesn’t care. He’ll be long gone by the time I feel the effects of what it is he’s doing right now. And again, he’s doing it right now, so that Biden cannot undo it. At least without paying a hefty price. Bryce, once he becomes president, because even if they sell the leads, it says, obviously you’re not going to get these projects off the ground yet.

Or I guess you would say, get the projects underground. You know, you’re not going to have time to do any of the construction necessary, but you will have sold the permits. And the, we will have gotten that money. And these oil companies would have seen their stock prices rise as a result of getting these contracts. So if they lose them, they would lose the stock money. They would lose the promises that they made to shareholders. And then they would be able to come to the federal government, say, you have to give us our money back and you have to pay us the losses that we’re going to incur because you took the leases back. So this is, uh, you know, if you hate the environment, sure. It’s a smart move by Donald Trump. If you care at all about the future, it’s just an evil move by a petty little man who doesn’t know Hannah, how to handle loss very well.