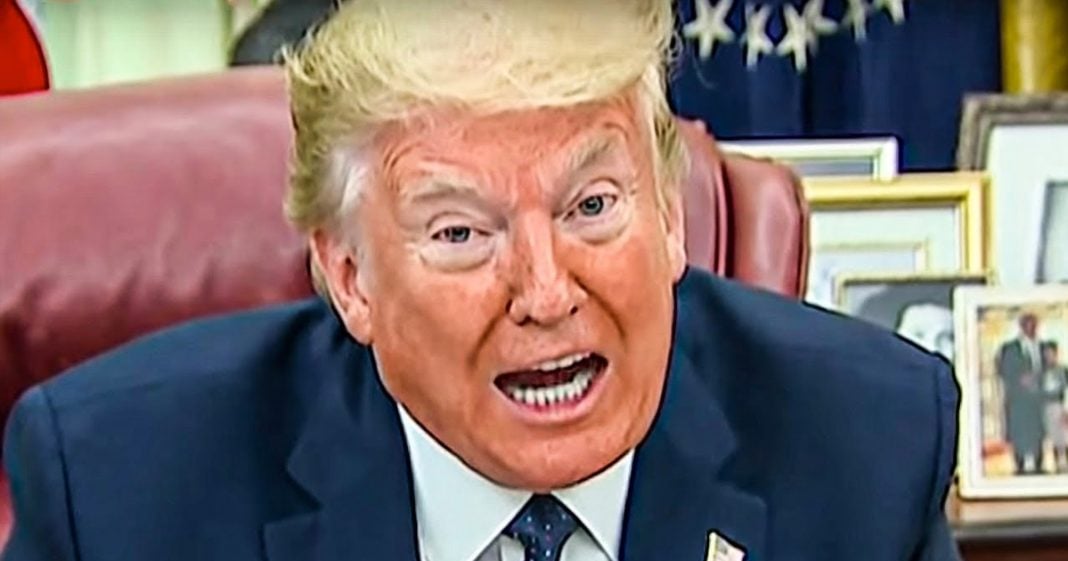 According to both CNN and NBC News, every single Republican lawmaker that they contacted for interviews this past weekend declined. The entire Party is made up of cowards and sycophants, and none of them wanted to have to answer for Donald Trump’s erratic and completely unjustifiable behavior. Ring of Fire’s Farron Cousins explains what’s happening.

Are you wondering where all the Republicans have gone? Well, if so, you’re not alone. A lot of the, uh, folks working in cable news right now would also like to know where the hell are the Republicans. According to both Chris Cillizza from CNN and Chuck Todd from NBC news, no Republican lawmakers returned any of their requests for appearances for this past Sunday. That means that all those cable news shows that are highly coveted on Sunday morning. By the way, though, they don’t just give those slots to anybody. If you can get a Sunday morning talk, show political talk, show slot, that’s a pretty big deal. And yet, for some reason, for one of the few times ever, not a single Republican accepted any invitations from CNN or NBC news. And we all know why, right? This is not some big secret. This is not some big conspiracy.

They haven’t all disappeared. They’re terrified. They don’t know how to defend Donald Trump’s, uh, baseless comments about voter fraud. They don’t know how to address him. Not conceding, even though the election is clearly over, they don’t want to perpetuate the conspiracy theories because that could come back to bite them. They’re more comfortable doing it on Twitter, where they can later say that, Hey, that was just a tweet. Of course, it could be taken out of context. They can’t hold their own in an argument or in an interview right now. So they’re hiding. They’re running away from it because that’s what they do best. Whenever they are confronted with a difficult situation. And we have seen this repeatedly over the last four years, this is not by the way, the first Sunday that they have hidden from the media in the last five months, this is getting out of control.

Republicans are running scared, and it’s going to take a lot more than just Chuck Todd tweeting about this or Crick. Chris, Cillizza writing about it on scene and they need to be doing full-blown segments on this, letting the public know that the Republicans are scared to come on TV. That is this topic in it, of itself, in and of itself. They’re the fact that they won’t show up is what you talk about. Instead, you don’t just mention it in passing and then move along. You don’t bury it on your website where nobody’s going to see it. You don’t put it in a tweet that might get overlooked. You do repeated segments about this. You call out those individuals by name, you read the emails that you send to them, and then you let the public know why they won’t come on. That’s what you have to do. That is your responsibility. As a media outlet, the public needs to see that the Republicans are refusing to stand up and perpetuate Donald Trump’s lies right now. And if the media outlets themselves, the ones who know that it’s happening, if you don’t call it out, nobody else is to do it. This is a big deal. The fact that these Republicans will not stand up is a big deal because it shows you what cowards they are and the whole world needs to see that happening in real time.