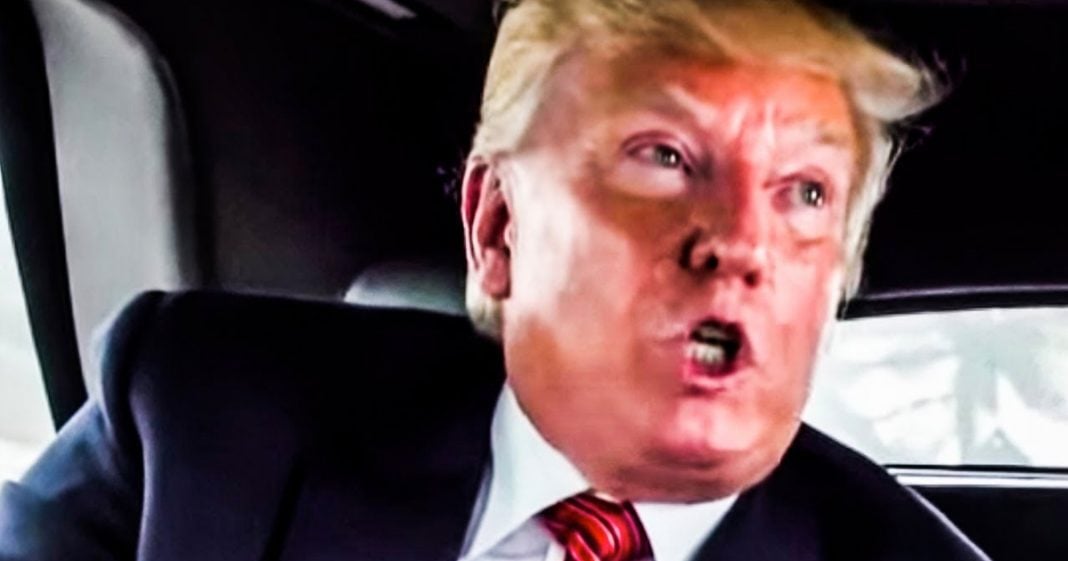 On Monday, four different states saw pro-Trump election lawsuits withdrawn shortly before they were supposed to be heard in court. Most of them were being represented by the same law firm, and all of them were supposed to present testimony about the election being rigged. The truth is that this narrative is falling apart in court, but not in real life, and that’s where the most damage is being done. Ring of Fire’s Farron Cousins discusses this.

He said, uh, because of my attorney client privilege and because I do not Telegraph my next moves, I cannot comment. So it’s a mystery. We don’t know why all these lawsuits suddenly brought by the same pro Trump lawyer, Raul suddenly withdrawn. But I’m going to go ahead and speculate a little bit because I think we all know exactly why these cases were withdrawn. None of them had any evidence. None of them were based in reality. All of them were based in some kind of ridiculous right-wing fantasy that somehow Donald Trump might actually be able to pull off some kind of election victory. Well guess what, Republicans, it’s not going to happen. It was never going to happen. Once we got those results in, it was over. There is nothing you can do. You can continue to file these frivolous lawsuits, but I can promise you, it’s only going to rain hell upon the lawyers who are knowingly filing these fraudulent lawsuits.

That’s also against the law. By the way, you can’t do that. If you issue a sworn affidavit, by the way that you know is fraudulent, you can also get in a lot of legal trouble for that to all of you pro Trump poll Watchers coming forward with these lawsuits only to retract them at the last minute. You can’t just do that. You will all eventually have to pay a price for this. Now, the price that the people filing the affidavits for filing the lawsuits is not going to be as steep as safe. The price the lawyers are going to pay. Cause a lot of them could end up losing their licenses over this. Is it worth it? Is it worth having to pay heavy fines? Is it worth risking jail time for filing fraudulent lawsuits? Just to maybe get Donald Trump a couple more votes in a state that he has no chance of winning.

Even if these lawsuits were successful, because that’s the thing. A lot of people don’t understand. Most of these lawsuits in these States are not even seeking to disqualify enough ballots to give Donald Trump a victory in this state. So even if they were all successful, Biden’s still emerges as the electoral Victor, literally nothing these lawsuits can do would change that even if every one of them won. I want people to understand that and you understand that by looking into them and seeing what they’re actually challenging. Too few people are doing that. Now the media is not even doing that, but that’s the way it is. These lawsuits have no chance of surviving. And again, even if they did it, wouldn’t change the results of the election. Biden won. Trump lost, get over it and put all your dirty little tricks away, Republican lawyers and Republican operatives, because I can promise you, it’s not going to end well for you.