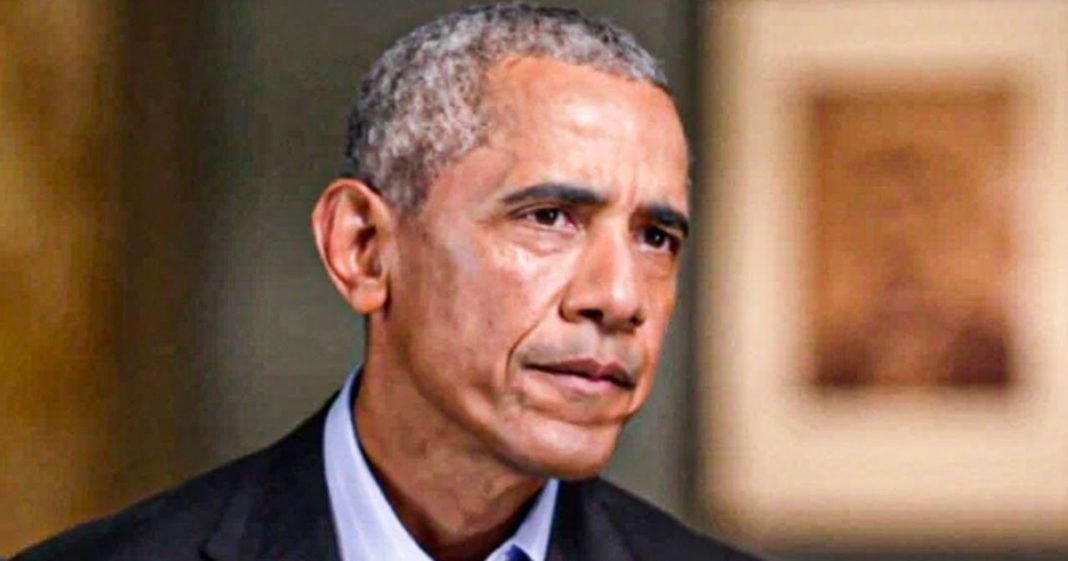 During an interview with The Atlantic this week, former President Barack Obama said that he was surprised to see Republicans do a 180 in order to align themselves with Trump and to allegedly abandon what they believed in to do it. The question is what did they actually abandon? The only thing they gave up was pretense, as Trump didn’t do anything out of the ordinary for a Republican. Ring of Fire’s Farron Cousins discusses this, and explains why Obama’s position makes it painfully clear why Democrats keep losing to Republicans.

Barack Obama recently gave an interview to the Atlantic where he said some things to kind of show that he still is a little too naive when it comes to Republicans. And what he said was that he was shocked. He was surprised by the one 80 that Republicans did in order to twist themselves to just go along with whatever Trump’s suggested. Now, he said that, obviously he’s not surprised by anything Trump did, but he is surprised by the actions of these Republicans who abandoned their beliefs in order to support the Republicans. Let me read these quotes to you. Oh, I did not believe how easily the Republican establishment people who had been in Washington for a long time and had professed a belief in certain institutional values and norms would just cave.

How could you not think that would happen? Did, did you not pay attention to it? Literally anything that happened the entire time you were president of the United States? How could you continue to be this naive? I, this is almost laughable, to be honest with you, Obama should know better. And for him to come out and say, uh, this that’s irresponsible because it leads people to believe that maybe these folks could be rational. They can’t be, do you think a guy like Ted Cruz is ever going to be rational or Lindsey Graham, Marco Rubio, Mitch McConnell, Dan Crenshaw, Matt Gates, Rand. Paul, do you think any of these individuals are ever going to act rationally and actually say what they mean and do what they say and yada yada, no. And for the record, what’s even more damaging from what Obama sang is not just his own knife, but the fact that Trump didn’t do anything that these Republicans haven’t stood by for their whole career. Like what values did they abandon? He did exactly what they wanted him to do. You got deregulation, you got lower taxes.

What else did you want? You get in your wall? Trump’s not the first Republican candidate to propose a border wall folks. He wasn’t even the first one to propose it in 2015. Do you remember the very first Republican bait debate? Excuse me, where, where that idea finally came up and they all started griping and bickering back and forth and trying to outdo the other about how tall their walls were going to be and how it was going to be taller than the guy next to him. I can’t be the only one that remembers that. And the fact that Obama doesn’t that he’s out there saying, Oh, these Republicans stood up 80, truly sad what’s happening. They used to be good. They were never, ever, ever decent legislators. They were never fair. They were never honest. They were never acting out of principle or long held belief.

They were acting within the interests of their corporate masters and behind closed doors. They hated your guts. And they made sure that you couldn’t do the good things you actually had wanted to do. And instead continued to push you further to the right, because you had to appease him. And then the other members of the democratic party in Washington, DC, they keep moving further to the right cause you got to appease everybody. And then we’re left with a hell hole that we have today. Part of it is from your naivety. You know, part of it is from you just not understanding what these Republicans really stand for. And that is nothing but themselves. Trump’s not the disease. Trump is the symptom. Republicanism is the disease and every single one of them from Trump to Rubio, to Cruz, to everyone in between, they all believe the same thing. And they didn’t speak up against Trump because they were happy with what he was doing. And if any of them had become president, they’d have all done the exact same things.