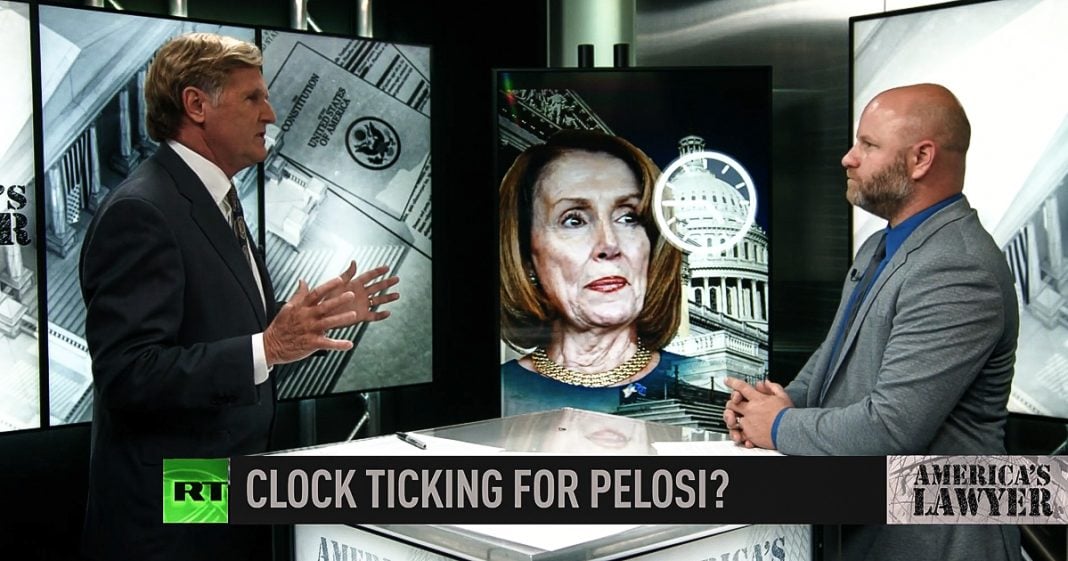 Via America’s Lawyer: A growing number of Democrats may be considering moving on from Pelosi’s leadership in the House. Mike Papantonio & Farron Cousins discuss more.

Mike Papantonio:             Nancy Pelosi wants to remain speaker of the House, but a growing number of Democrats are ready to hammer her and move her on. What is she 85?

Mike Papantonio:             All right. So she’s here, here, here’s the hit on her. She’s a great fundraiser. Maybe the best the Democrats have ever had, but policy decisions, it is a vacuum. It is a sucking vacuum. And, and some of the folks are saying, look, it’s time for this lady to move on, man.

Farron Cousins:                  Yeah. It’s really interesting because Pelosi only stood up to Trump, really stood up to him, that one time, two weeks before the election where she said, no, I’m not going to let you send checks to, to struggling Americans. She gave him the money for his border wall. She gave him his exorbitant military budget. She was with him every step of the way for the rest of these policies. Publicly, she’d fight it.

Mike Papantonio:             We think that she’s a progressive, she’s not, most of her money came from corporate wall street. That’s where she’s really good at raising money. And, but the point is I don’t, this, this exuberance of, oh my God, the Democrats have won. It’s going to be different now. What is your take on that? I mean, you and I have reported for years on what the inside of the democratic party really looks like. What’s your take on this?

Farron Cousins:                  Right. We’re, we’re going to see exactly what we saw for eight years under Obama, and unfortunately, I, I think with Biden, maybe it’s going to be worse. It has the potential to be better, but I’m not necessarily the kind of guy that’s optimistic about it. We’ve seen this show before.

Mike Papantonio:             Okay. So you got a president that has a House that it doesn’t have the number of votes they used to have.

Mike Papantonio:             What is it 6, 7 that they lost in the, that, that were flipped. You got a Senate that even if they win in Georgia, that’s not enough because you got Democrats who really are Republicans.

Mike Papantonio:             Just because they take that extra seat in Georgia, it doesn’t mean anything different because what’s happened is this, this divide in the Democrats, not knowing who they are, not, not admitting that most Americans believe, believe that they’re progressive and it’s a lie.