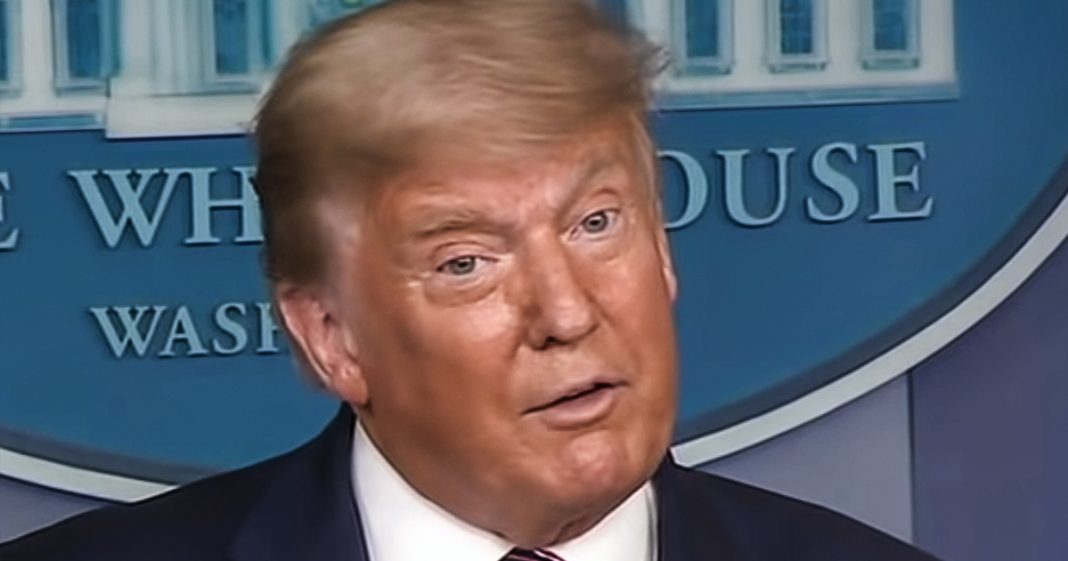 According to reports, Donald Trump’s friends and allies looked into purchasing Newsmax in order to turn it into a media powerhouse capable of taking down Fox News. This scenario has likely died, but the possibility of Trump getting into some kind of conservative media is nearly inevitable, and that could be very dangerous for this country. Ring of Fire’s Farron Cousins discusses this.

Now that it’s pretty obvious that Donald Trump’s going to be leaving the white house on January 20th. The big question is what’s he going to do next? Uh, other than, you know, being court for a very long time for all of the various investigations and lawsuits he has to defend himself from. So that’s going to take up some time, but it’s not going to take up all of his time. And the guy’s going to have to come up with a plan of what he’s going to do with the rest of his life, because obviously he doesn’t want to be out of the public eye. And the best way to stay in the public eye is obviously start a media company. So right now, according to reports, you have friends and allies of Donald Trump, actually looking into how to buy or at least heavily invest in some of these fledgling conservative news outlets in particular, according to the reports, Newsmax TV, uh, not a hugely popular, uh, outlet at the most.

I’m still growing and it’s popular among, you know, hardcore conservatives, but literally anybody outside of that hard core, uh, base, nobody even knows what this is or that it even it exists. I didn’t know it existed until just a couple of days ago. Um, so there’s that I try not to pay too much attention to these, uh, Grifters on the right and you know, why would I, why would I give them the time of day? Anyway, Trump’s ally, as according to this report are actually looking into purchasing or at least investing heavily enough into the network to grow it and, and obviously get Donald Trump some, some favorable spots on it. Here’s the thing, the reason they’re talking about doing this is because obviously Donald Trump is fighting with Fox news. He’s not happy that the network hasn’t been 100% favorable to him. They’ve only been like 97% favorable to him, and that’s not good enough in the world of a narcissist.

You have to be 100% or you’re the worst. So that’s what they’re dealing with, right? They have to have a network that is 100% behind the president. And also that isn’t necessarily controlled by outside interests, because even at Fox news, some of the Donald Trump supporters like Jeanine Pirro, uh, have gotten dinged for reporting, knowing, uh, knowingly false information, knowingly reporting, false information, excuse me, that’s a trouble getting that out anyway. So she’s gotten dinged, but if you go over, there was something like a Newsmax. You, you don’t have that. You’re not going to have those, you know, the shareholders, the board of directors saying, Hey, you can’t say these things that are false Newsmax, just going to let it flow. If you go over to the one America news network, the O network, same thing there. If Donald Trump does make this happen, if his friends make this happen, if the Republican party makes this happen, this is going to be dangerous for this country.

It’s bad right now that these things exist on the fringe of the media. We’re only the most ardent, you know, hardcore conspiracy, loving Republicans, go and seek these out. If they get a bigger reach, if they start poisoning more and more minds, just like Fox news. Has I shutter to think what would happen to this country? These people are poison. They’re absolutely knowingly poisoning the country. Most of them do not believe what they’re saying. And that’s the thing I wish the audience of these people understood Alex Jones. They’ve it’s in the court documents. It’s an act. It’s all an act, a lot. These other Grifters on the right. Some of these Grifters that went from the left to the right. They know what they’re telling you is bogus. They know it’s false. They know it’s, I believe, but it’s so easy to do folks I could flip right now and go out there and start telling you why the free market is the best.

Why capitalism is awesome. Why Trump will rise again. And I can have a million YouTube subscribers by the end of next year, doing that crap. I wouldn’t believe word of it, but I’d never have to do an ounce of research search. Again. It would be super easy and I would make a ton of money from it. But fortunately I would live in a constant state of guilt and shame because that’s not the kind of human being I am, but there’s enough Grifters on the right where they can put aside their moral compass. They can silence their conscience and they can do it. And that’s what’s happening at Newsmax. That’s what’s happening at one America news network. And that is exactly why these would be perfect homes for Donald Trump.