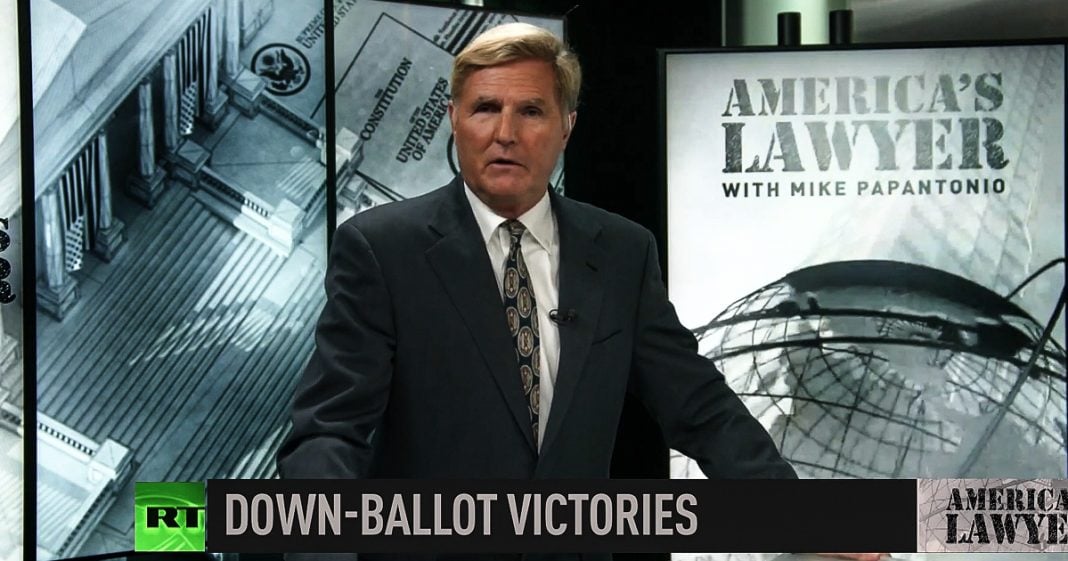 Via America’s Lawyer: Now that the dust has settled on the major portion of last week’s election, we need to talk about the real victories that happened across the country, consumer and worker friendly ballot initiatives, they were important. Mike Papantonio explains more.

Finally tonight, some good news. Now that the dust has settled on the major portion of last week’s election, we need to talk about the real victories that happened across the country, consumer and worker friendly ballot initiatives, they were important. They were important from coast to coast. Americans of all political parties overwhelmingly voted to expand rights and protections for themselves rather than waiting for a political savior to come along and do it for them. Marijuana was legalized in New Jersey, Montana, Arizona and South Dakota. Voters took to the polls and sent decades of failed drug war policies to the ash heap of history, really upset corporations.

The minimum wage increase in the state of Florida, well it passed by a huge margin. And even though the state voted strongly for Republicans, they were still supportive of this effort that’s been a staple of progressive democratic politics for a long time. This tells us that issues that help people are popular, especially when you strip away political identity from those issues. The truth is the American people have to save themselves. There’s not a political savior. There are no heroes out there waiting to save you in the wings. So we have to do it ourselves and from both the left and the right, voters gave themselves more freedoms and more chances to make a better life for themselves, and that’s a reason to remain optimistic about our collective future.

That’s all for tonight, find us on Twitter and at Facebook on facebook.com/rtamericaslawyer. You can watch all RT America programs on Direct TV channel 321, also stream them live on YouTube and be sure to check out RT’s new portable app, where you can watch all your favorite shows. I’m Mike Papantonio and this is America’s Lawyer where every week we give you the stories that corporate media is ordered not to tell because their advertisers won’t let them or because of their political contacts getting involved and actually suppressing the story. Have a great night.