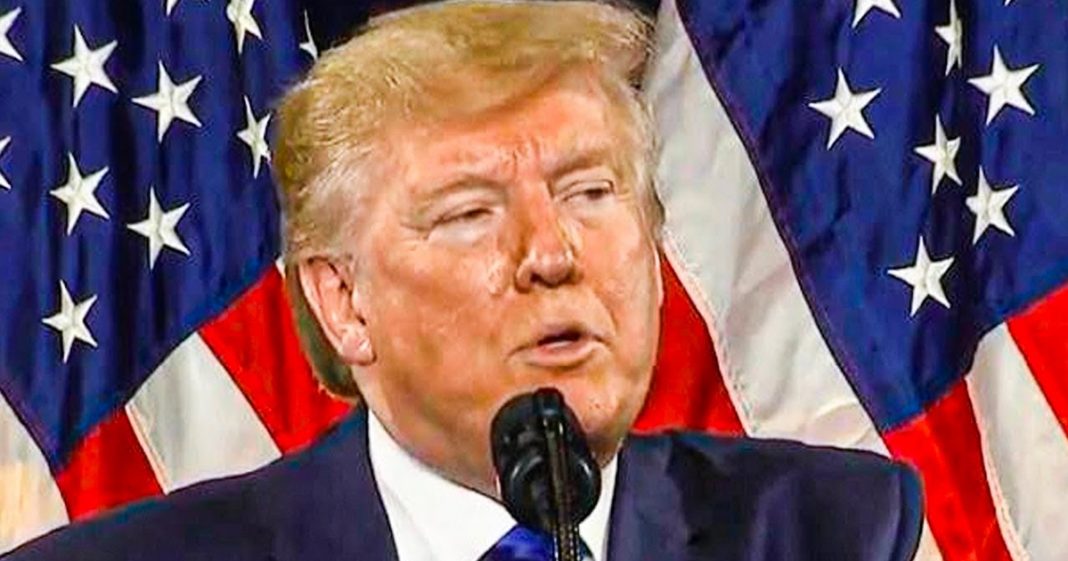 In one of his ill-fated election challenge lawsuits this week, Donald Trump claimed that two Pennsylvania counties – Fayette and Luzerne – we ripe with fraud during the election. The only problem with his claim is that these two counties voted overwhelmingly for Trump. This gives you a good idea of how not threatening these challenge lawsuits are for Democrats, as Ring of Fire’s Farron Cousins explains.

In case you wanted any idea of how pathetic the election challenge lawsuits filed by Donald Trump have been, let me put it to you this way. They filed a lawsuit earlier this week in Pennsylvania, alleging massive voter fraud in the counties of Fayette and Lucerne In Pennsylvania, Fayette County, Lucerne County, Pennsylvania, huge fraud. According to this lawsuit filed by the Trump campaign, the Trump lawyers, um, and they didn’t realize, I guess at the time that Donald Trump Actually won those two counties. Yeah, Probably not the best strategy. I mean, if you’re going to make up voter fraud, if you’re going to invent it out of nowhere, probably best to focus in an areas that you didn’t win. Uh, you know, Just throwing that out there. I, I’m no expert on filing fictitious lawsuits based on make-believe, but, uh, yeah. That’s how incompetent these people are folks.

And here’s the craziest part. We know that at least one of the law firms representing Donald Trump Jones day, they’re very concerned about filing these lawsuits about the impact that’s going to have first and foremost on our democracy itself, but also on their image because they know they’re not going to win. So they’re filing lawsuits that they know are going to fall flat on their face. They know they’re not going to win these lawsuits, but they’re doing it anyway because Trump’s given them $20 million over the last five years. So heck yeah, you know, that’s a lot of money and it’s enough to make anybody. If you’re a corporate lawyer, put your moral compass to the side where you can’t see it for a few minutes and file these fictitious lawsuits folks. This isn’t going to end until the Supreme court steps in and says enough, And this is not going to end like Florida did in 2000, that was decided by 537 votes. By the way, here’s what happened in Florida. That was on a recount. The recounts were taking a very long time. There were issues. There were the hanging CHADS. Do we count them? Do we not count them? Was that just an error that happened when you put the thing like in the box and it accidentally grabbed it caught on something and that’s a hanging chat. It wasn’t punched up.

You’re not in that situation right now. We’re talking about tens upon tens upon tens of thousands of votes, different, not a razor thin margin of a couple hundred. We’re talking about Arizona, Nevada, uh, Pennsylvania, Georgia, possibly even Michigan. Cause they’ve tried to file lawsuits there that have failed. We’re talking about at least five different States at this point. Folks, it’s not the same thing. It’s not going to have the same outcome. The only thing the Supreme court is really going to be able to do, especially when Trump walks in there with no evidence. Cause he has none. He’s going to go in there and say, here’s what it is. And the Supreme court is going to say certify the results. Sorry, buddy. It’s time to go home. That is the, the only option the Supreme court has. And before you hop in the comments and start firing off, but Trump has was Supreme court. Really? They, they, they don’t owe him anything for hooks. They already have their appointment. We’ve actually seen them go against him. I’m not worried about it and I’m not an optimistic person. So if I’m not worried about it, I think we’re probably okay.