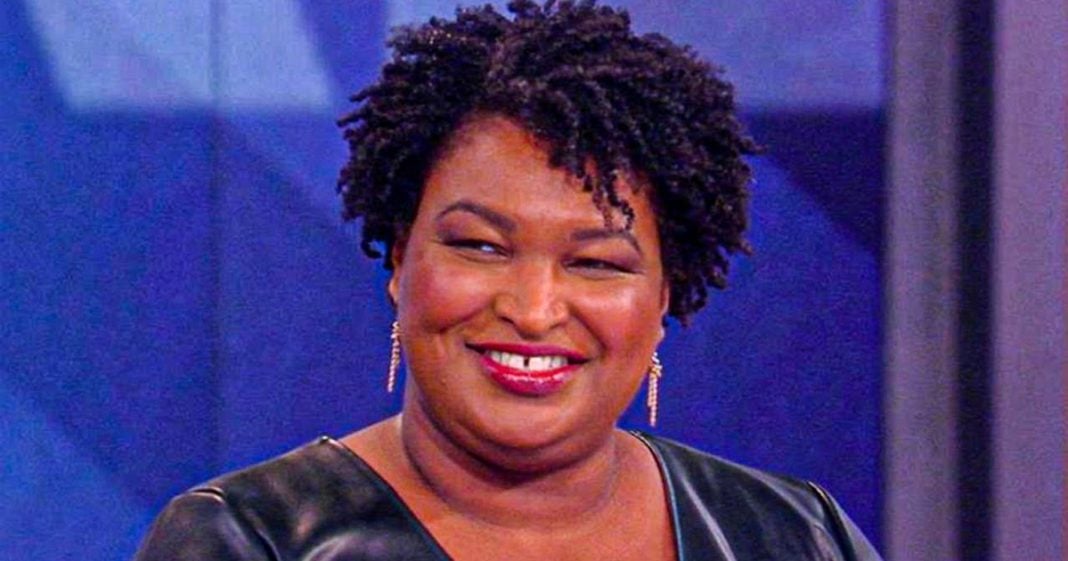 Stacey Abrams didn’t just slink away to obscurity when she had the Georgia gubernatorial election stolen from her, and her activism over the past few years since that theft are what handed the state of Georgia to Joe Biden this year. On the other side of the country, Latinx and Native American voters gave Biden the edge in states like Nevada and Arizona. These state efforts need to be expanded upon and replicated elsewhere if Democrats want to keep their party alive, as Ring of Fire’s Farron Cousins explains.

With the dust still kind of settling on this selection. I do think it’s important. Others have already pointed this out and I feel that if I do not talk about this, it is doing a tremendous disservice to the people who made the 2020 election possible people like Stacy Abrams. If Stacy Abrams had not been working diligently for the past two years on her massive get out the vote efforts, voter registration drives in the state of Georgia. Georgia would have remained red that state never would have had a chance to go for. Joe Biden had Stacy Abrams personally, not done these things. She has built a behemoth of a state apparatus, the kind of apparatus that now needs to be replicated. She has the formula. She has the winning formula and it is now time to take that. If you’re starting in Georgia, take itself to Florida, for sure.

Take it next door to Alabama to take it North to South Carolina, take it to all of these places, spread it out from there and watch what happens. Another, uh, group that deserves tremendous praise are the native groups. The States like Nevada, Arizona, and Colorado. They got out there in huge numbers and help flip those States their involvement. If it hadn’t been there, we’d be looking at three red States, the Latino populations in those States as well, also helped push it over the edge. Basically everybody except for the white people. You did your part in this election. Now I’m not saying there’s no white people that came out and voted for Biden, obviously the war. Um, but Trump improved his numbers. By the way, with, with white women, he improved his numbers with all demographics actually, but the democratic party could have had a solid decisive victory on election night, had it not taken these other demographics, the nonwhite demographics had it not taken them for granted.

Let’s not forget that that is what happened. They truly have taken the, the, the, the black vote for granted the Latino vote for granted. They’ve never even acted like they’ve cared about the native American vote and Biden lost ground with those groups, but in areas where you had the outreach and areas, where you had the apparatus in place to reach out to these people, to explain to them that, Hey, I know he may not be talking to you, but I am. And trust me, I’m going to be talking to him and we’ve got you. We’ve got you. That’s what did it, that’s what made the difference.

If We want to be able to replicate and expand upon, to be honest, uh, what we saw in 2020, these programs, these outreach, the state level efforts have to increase. If they do not increase, the democratic party goes back to 2016 levels. And none of us want to see that We Want to see the party get better. We want to see the party actually deliver for these people who just delivered for them. That’s the important key. And that’s the thing that the democratic party over these next four years, better not forget.